Wife reunited with dementia-hit husband just minutes before he died

A devastated wife has spoken of her 'deep sadness' at being reunited with her dementia-hit husband just minutes before he died.Susan Ogden had desp

100-year-old man fails to blow out candles as he's wearing a face shield
Vanessa Bauer and Joe-Warren Plant leave Blackpool for London to perform in the Dancing on Ice final
Urgent alert for more than 120,000 residents living across 11 Melbourne suburbs


A devastated wife has spoken of her ‘deep sadness’ at being reunited with her dementia-hit husband just minutes before he died.

Susan Ogden had desperately wanted to hold her husband Peter’s hand following nine months of separation due to the coronavirus pandemic.

But when the moment they were reunited arrived on New Year’s Day, it was only to say her final goodbye to her partner of 51 years.

The couple, both 72, were separated in March 2020 when care homes closed to visitors to protect residents from the virus. 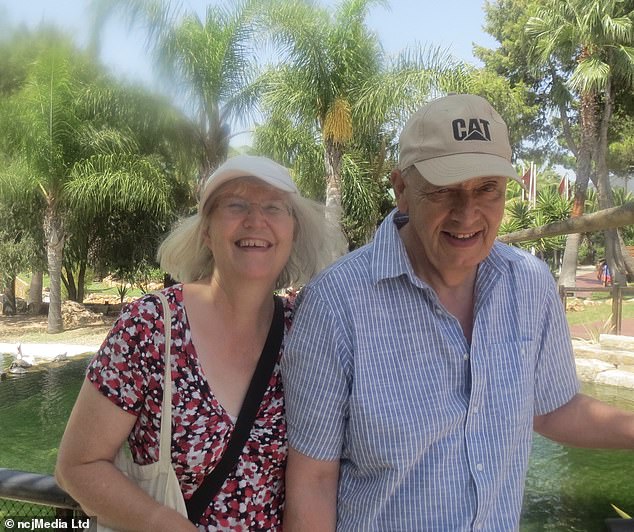 Devastated wife Susan Ogden has spoken of her ‘deep sadness’ at being reunited with her dementia-hit husband Peter just minutes before he died. They had not seen each other in nine months

However, Susan’s hopes of one day being reunited with her husband came to a tragic end when Peter developed a chest infection and died on January 1.

She had been living in fear that Peter could have died before they saw each other after her scheduled visit days earlier had been cancelled because of a surge in coronavirus cases.

Susan, from North Shields, said: ‘All that protecting didn’t manage to save Peter’s life.

‘There’s a deep sadness that follows his death that although you know you didn’t let him down, you feel that you did let him down.’

Susan said she spent approximately 10 minutes with Peter before he died and described feeling in a ‘state of shock’.

She added: ‘When I saw him I froze. I hope he knew I was there.’ 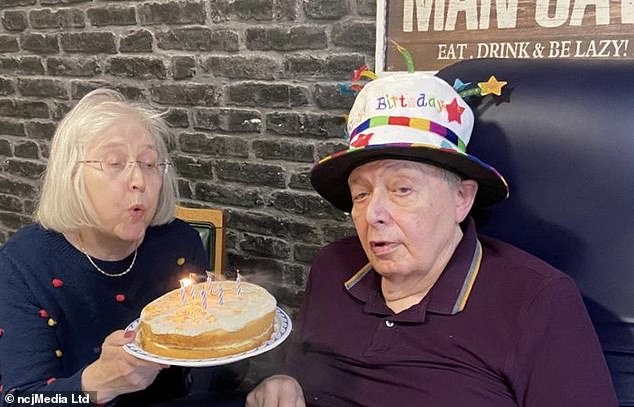 Peter moved into a care home four years ago after being diagnosed with advanced dementia.

She added that the most effective way to communicate with someone living with advanced dementia is through touch.

Susan had tried to call for a change to coronavirus restrictions which would allow family carers permission to visit their loved ones in a care home, providing they were regularly tested for Covid-19 and wore appropriate PPE.

She added: ‘It seemed a real irony that he died on New Year’s Day. It’s the beginning of a new year and a time when people are filled with hope for better days ahead.

‘But for me and my family it started in the worst possible way.’

Peter is also deeply missed by his children, Tim, 46, and Kate, 44, as well as his four grandchildren.

His youngest granddaughter Isla, aged eight, composed a special song about her grandad reflecting on the memories they shared together.

And in December she sold a number of her toys and donated the £15 she received to Dementia UK in the hope of helping her grandad and others living with dementia. 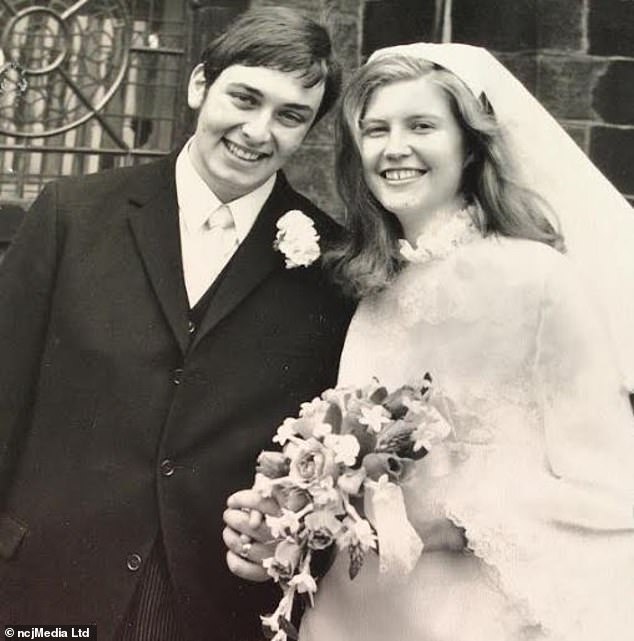 Susan had been living in fear that Peter, her husband of 51 years, could have died before they saw each other after her scheduled visit days earlier had been cancelled because of a surge in coronavirus cases

Following the news of his passing, Isla told her mum Kate: ‘The £15 I gave obviously didn’t help grandad, maybe I should have given £50.’

Now family and friends have raised £3,000 for the charity in Peter’s memory through donations at his funeral on January 14.

Susan has also previously raised over £4,000 for Dementia UK in 2020 through a 1,000 mile sponsored walk where she visited the places which hold great significance to herself and Peter.

Minister for Care Helen Whately said: ‘This pandemic is so cruel, especially for those living in care homes. I know just how important visits are for the health and wellbeing of residents.

‘That’s why we have set out safe visiting guidance for care homes during this national lockdown, but we know residents and their families are desperate to be able to visit as normal.

‘Older people in care homes are rightly the top priority for the vaccine and I am delighted we have vaccinated residents at over 10,000 eligible care homes.

‘However, I ask people to continue to be patient as it’s still so soon since many residents have been vaccinated and we don’t know yet how well it prevents transmission.

‘We are constantly looking at how to support safe visiting in care homes. I’m determined to reunite friends and family with loved ones again as soon as it’s safe to do so.’

Children do NOT play a key role in spreading coronavirus 0