Dr. Oz 'saves a life at Newark airport by using CPR and a defibrillator' after a man collapses
Massive brawl breaks out in Fort Lauderdale airport after anti-maskers were booed
Authorities seize 723 pounds of cocaine at Miami-area airport

Furious residents near a soon-to-be-built airport fear the value of their properties will be plummet under proposed rezoning plans that see areas deemed ‘green space’.

The New South Wales government recently unveiled its detailed vision for the new Western Sydney Aerotropolis, which will include a ‘Western Parkland City.’

The emphasis of the plans will be to create a cooler and greener city.

Residents living north of the new airport under construction in Sydney’s south-west were shocked to discover a massive chunk of their properties is earmarked for green space such as bushland and parks.

A battle is looming similar to the one portrayed in the 1990s Australian film classic The Castle, where the Kerrigan family overcome the odds and win the fight to keep their suburban home after developers try to acquire the land to expand the nearby airport. 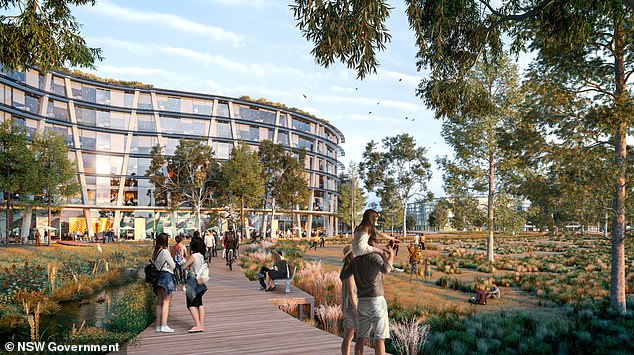 The new airport in Sydney’s south-west will be the surrounded by a ‘parkland city’. Pictured is an artist impression for the Western Parkland City 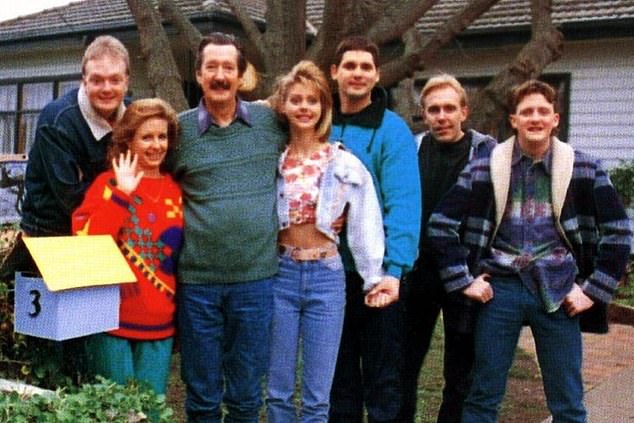 Luddenham residents Rob and Deb Heffernan live in what’s proposed to be the Northern Gateway Precinct, where most streets will have open views to parklands.

A third of their ten hectare property has been designated as riparian parkland under the government proposal while the remainder has been zoned for enterprise.

The local council doesn’t have to offer compensation to buy land earmarked for riparian parkland or nature parks under the Environment, Planning and Assessment Act’s current zoning laws.

‘It’s like we’re giving away part of our land for free — at the end of the day we just want a fair deal and we’re not getting that,’ Mr Heffernan told the Daily Telegraph.

‘With a stroke of a pen they’ve made our land worthless — it’s a raw deal.’ 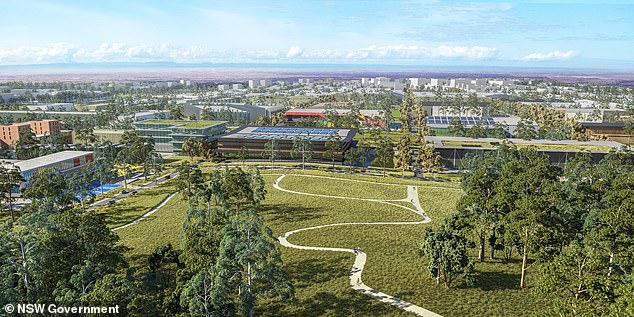 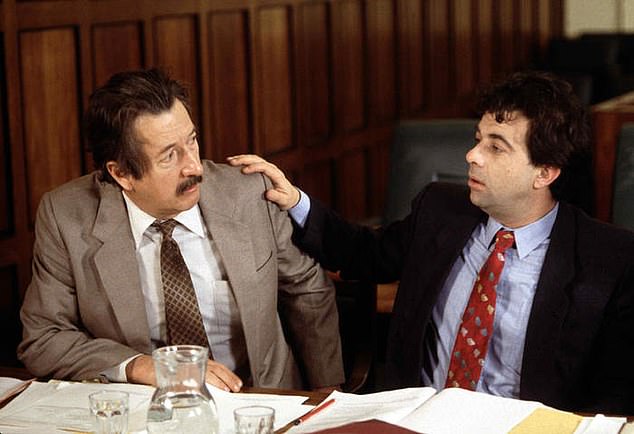 In The Castle, Darryl Kerrigan played by Michael Caton (left) wins his fight against developers trying to acquire his home to expand a nearby airport. Pictured is a scene from the hit film

Michael and Jenny Schweers live on a nearby 30 hectare block which have been in the family for more than 200 years.

Their land has since been earmarked by the government as green space.

‘It’s devastating. What you think might be your kids’ ­future, within a matter of a piece of paper it’s gone downhill,’ Mr Schweers said.

Planning minister Rob Stokes told the publication that the government vision for a parkland city need parks and discussions with residents about acquiring private land had been upfront and transparent.

The minister recently unveiled its latest infrastructure and precinct plans for the Aerotropolis and Western Parkland City.

‘After more than two years of planning and community consultation, we are shaping a strong vision for a new city with green neighbourhoods within 30 minutes of jobs and the necessary infrastructure to support growth,’ Mr Stokes was quoted in the  government media release. 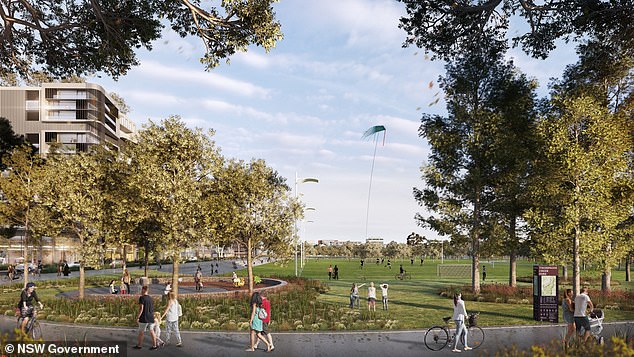 Many residents were shocked to find out their land could be worthless under plans to turn it into parks and green space. Pictured is an artist impression of the proposed green space

‘Turning paddocks into a thriving metropolis around an international airport isn’t a cheap endeavour. ‘

‘It is the landowners who will benefit enormously from the uplift in value as a result of rezoning who should be contributing to the infrastructure needed, not mums and dads being hit in their hip pocket via tax.’

The plans have been slammed by local state Labor MP Hugh McDermott.

‘The government has again shown more disregard for the people surrounding Western Sydney Airport,’ he tweeted on Friday

The public has until February 26 to have their say on the draft precinct plans. 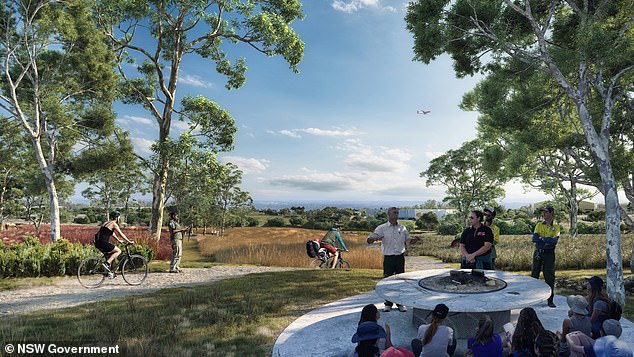