What is Liz Cheney’s political party?

HOUSE Representative Liz Cheney lost in a bid for re-election in the 2022 House primaries. Cheney lost to Harriet Hageman who was endorsed by fo

HOUSE Representative Liz Cheney lost in a bid for re-election in the 2022 House primaries.

Cheney lost to Harriet Hageman who was endorsed by former President Donald Trump.

What is Liz Cheney’s political affiliation?

Political heavyweight Liz Cheney has been a prominent feature in political news because of her stance on the January 6 insurrection.

She has been vocal in speaking out against her own Republican party, strongly criticizing those who stood by former President Donald Trump who continues to claim the election was stolen.

Cheney was first elected as a congresswoman in Wyoming as a member of the Republican party in 2016, but in May 2021, House Republicans voted to remove Cheney after she publicly and repeatedly condemned Trump’s efforts to stop the peaceful transfer of power.

Although Cheney was voted out, she has redirected her efforts as vice chairwoman of the committee investigating the January 6 attack to hold Trump accountable. 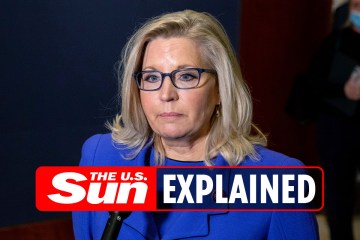 A closer look at US Representative Liz Cheney 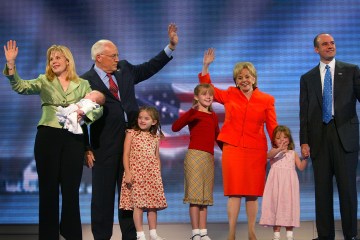 Meet the children Liz Cheney has with husband Philip Perry

As the daughter of former Vice President Dick Cheney, she worked to instill democracy in other countries, following in what she believed to be the footsteps of her father.

Former Virginia Rep Barbara Comstock told NPR: “(Cheney) certainly saw her father and her mother … come under attack plenty of times for doing what I’m sure she thought was the right thing, and so I think that makes it kind of easy.”

Did Liz Cheney lose in the primaries?

In August 2022, Cheney lost the Republican nomination to Trump-endorsed candidate Harriet Hageman in the primary election.

After months of uncertainty surrounding Cheney’s bid for re-election, she had announced she would be running only days before the deadline.


I'm a catfish, men say I’m ugly without makeup but are amazed when I'm dolled up

Hageman gained favor in the polls after Trump backed her and spoke at a rally for Hageman in May.

“There is no RINO [Republican In Name Only] in America who has thrown in her lot with the radical left more than Liz Cheney,” he told supporters.

He wrote: “Liz Cheney should be ashamed of herself, the way she acted, and her spiteful, sanctimonious words and actions towards others.

“Now she can finally disappear into the depths of political oblivion where, I am sure, she will be much happier than she is right now. Thank you WYOMING!”

Cheney conceded to Hageman after The Associated Press called the election, saying she wanted to set an example for accepting the decision of the voters.

“Harriet Hageman has received the most votes in this primary — she won,” she said, imploring voters to continue to push against Trump’s involvement in the January 6 Capitol riots.

“No citizen of this republic is a bystander,” she said, adding: “We cannot abandon the truth and remain a free nation.”

GOP strategist Stuart Stevens told The Hill that Cheney’s loss in the election “had nothing to do with policy,” and she was “drummed out of the Republican party.”

He told the outlet Hageman’s win was pushed forward by her abiding by Trump’s standards.

“I think it’s a big mistake if we make this too much about Trump, because really this is about the complete abandonment of a Republican Party, a major political party and one of the two major political parties in America, abandoning the concept of what it means to operate within a democratic system,” he added.

Is Liz Cheney running for president?

Cheney has hinted she may run in the 2024 presidential election, hoping to beat out other Republican candidates.

She said on NBC’s Today that Trump presented a very grave threat and risk to our republic.”

She continued, saying if Trump is to be defeated, it would require “a broad and united front of Republicans, Democrats, and independents,” adding: “And that’s what I intend to be part of.”

During her concession speech after the primaries, Cheney had told a watching crowd: “I have said since Jan. 6 that I will do whatever it takes to ensure Donald Trump is never again anywhere near the Oval Office — and I mean it.”

Although she fell short of saying she will be running for president, Cheney told Today: “It is something that I am thinking about, and I’ll make a decision in the coming months.”

Who is Amouranth and what is her net worth?

Who is Amouranth and what is her net worth? 0