WASHINGTON – Former President Donald Trump said Thursday he will not testify in the Senate impeachment trial next week, denying a request from Demo 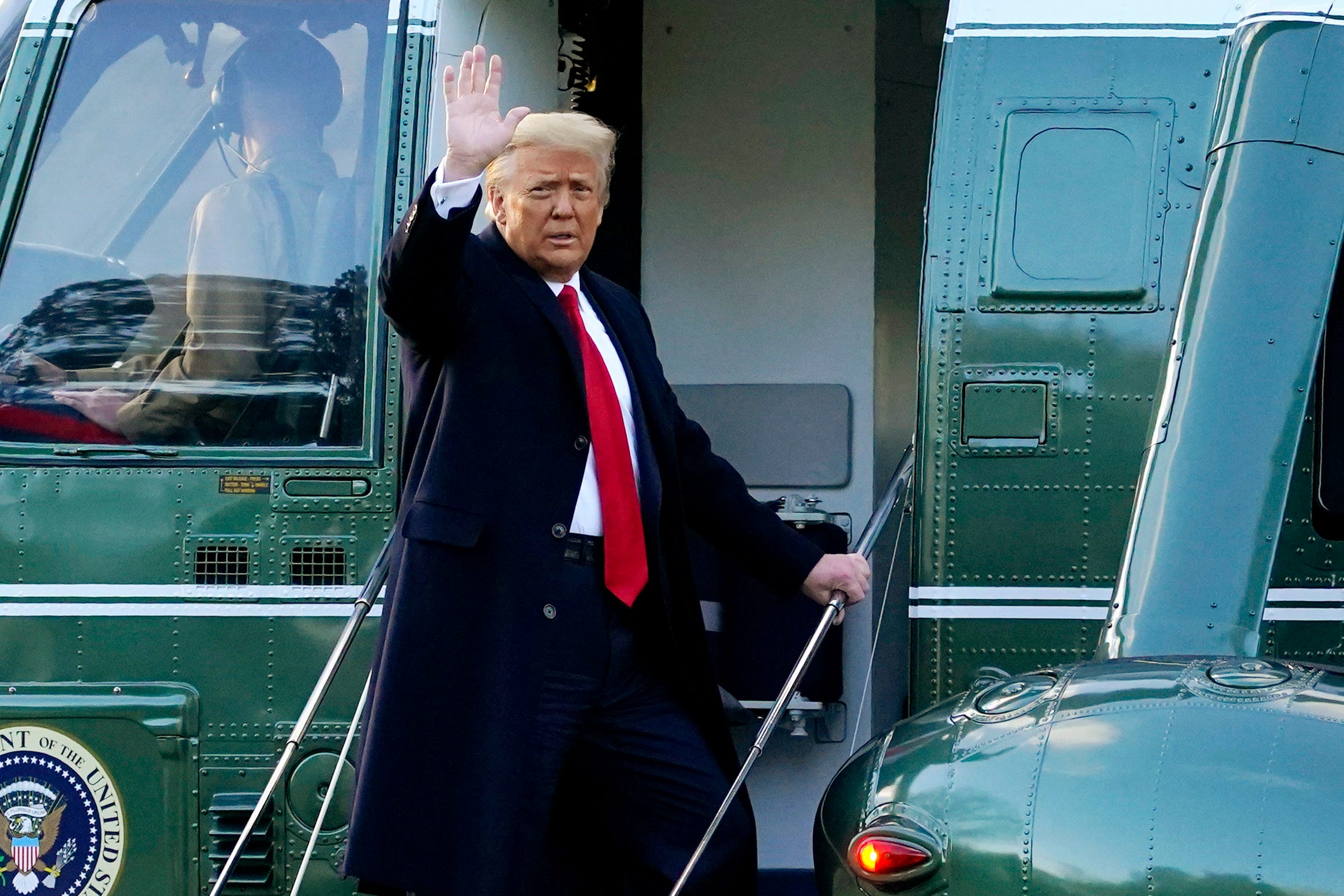 WASHINGTON – Former President Donald Trump said Thursday he will not testify in the Senate impeachment trial next week, denying a request from Democratic prosecutors who want him to answer questions under oath.

Rep. Jamie Raskin, D-Md., a former constitutional law professor leading the Democrats’ case, wrote a letter to Trump saying his response to the article of impeachment earlier this week had “denied many factual allegations,” and therefore Democrats requested he testify as early as next Monday and no later than next Thursday.

“If you decline this invitation, we reserve any and all rights, including the right to establish at trial that your refusal to testify supports a strong adverse inference regarding your actions (and inaction) on January 6, 2021,” Raskin wrote, referring to the Capitol riots last month.

Trump’s attorneys responded to the request by blasting it as a “public relations stunt.” In a letter to Raskin and the House impeachment team, Bruce Castor Jr. and David Schoen argue that needing testimony from the former president shows Democrats “cannot prove your allegations against the 45th President of the United States, who is now a private citizen.”

“The use of our Constitution to bring a purported impeachment proceeding is much too serious to try to play these games,” the attorneys write.

Ali Pardo, a spokeswoman for Trump, clarified to USA TODAY the former president had no intention of going under oath as part of the trial. “The President will not testify in an unconstitutional proceeding,” Pardo said.

Democrats want to ask Trump questions about arguments his lawyers made in a pretrial brief filed Tuesday. His attorneys, in a 14-page filing, argued Trump’s baseless claims of election fraud, which Democrats alleged incited the riot, were protected free speech and denied he played any part in inciting the attack, which left multiple people dead. If Trump testifies, the Democratic impeachment managers are likely to press him on the arguments in the brief and question whether his remarks had no relation to the riot.

Mar-a-Lago:Helipad at Mar-a-Lago to be demolished after 4-year presidential exception

Poll:Americans split on whether Senate should convict Trump at impeachment trial

Democrats in the House impeached Trump in January for inciting the Jan. 6 riot at the Capitol. The Senate begins oral arguments Tuesday.

Sen. Lindsey Graham, R-S.C., who said he had been in contact with Trump, called the request for Trump’s testimony “a political showboat move,” noting the House didn’t call any witnesses before their impeachment vote Jan. 13.

He said he hoped Trump would not testify, saying it would not “be in anybody’s interest.”

“It’s just a nightmare for the country to do this, it’s just a political showboat move to do this and they didn’t call him in the House,” he said. Trump’s appearance at the trial would be voluntary unless the Senate votes to compel witnesses.

The Senate has not yet decided whether it will call witnesses or adopted rules for the trial. The Senate, when it was led by Republicans rather than Democrats, voted not to call witnesses at Trump’s first trial last year.

More:‘Diplomacy is back’: Biden promises to restore ties with allies in dramatic foreign policy shift

If witnesses are called, the House Democratic lawmakers prosecuting the case, Trump’s defense team and senators could each ask questions.

If a witness resists a subpoena, the Senate could vote to subpoena testimony. Congress typically authorizes its counsel to ask federal courts to enforce subpoenas, but those decisions can take months or years to resolve. Trump’s Justice Department fought numerous subpoenas for witnesses and documents during the investigation of his first impeachment over his dealings with Ukraine.

Some senators have expressed reluctance about calling witnesses because doing so could prolong the trial.

Sen. Roy Blunt, R-Mo., a member of Senate Republican leadership, told reporters on Tuesday a trial could “stretch into March or April” if witnesses are called.

“Neither side is eager to stretch this out for weeks but that’s what will happen if you start calling witnesses,” Blunt said.

More:Biden urges a turn to faith at National Prayer Breakfast notable for absence of Trump

Asked about calling Trump as a witness, Sen. Richard Blumenthal, D-Conn., told reporters, he’d be “inclined” to let the managers “try the case as they see fit” if they thought Trump’s testimony would “add weight to the evidence.”

“There’s no innocent explanation for what he did,” he said.

Other Democrats seemed cool to the proposal.

A key moderate Democrat, Sen. Joe Manchin, D-W.Va., said it would be a “dog and pony show” if Trump testified. Manchin declined to comment on whether Trump’s testimony would add value to the trial, saying it’s the “House’s call” to ask him to testify.

And Sen. Chris Coons, D-Del., a Biden confident, told reporters it would be a “terrible idea” for Trump to testify. Asked why, he said, “have you met President Trump?”

Loading...
Newer Post
Australian Open will go ahead as 'nearly' every single tennis player tests negative to Covid-19
Older Post
Gigi Hadid reveals Taylor Swift used her own dress to sew together a teddy bear for her daughter

Teenage boy, 17, stabbed to death at a youth basketball game in Melbourne

Two men are charged with murder of Najma Carroll 0

A 12-year-old died due to the TikTok 'Blackout' challenge. How social media is changing peer pressure. 0

Duckworth describes her astonishing life and the Capitol riots: 'I knew I could take care of myself' 0