She might be making her TOWIE debut, but Demi Sims' girlfriend Francesca Farago appears to have settled in very quickly.In snaps from Sunday's show


She might be making her TOWIE debut, but Demi Sims’ girlfriend Francesca Farago appears to have settled in very quickly.

In snaps from Sunday’s show the loved-up couple are seen sharing a passionate kiss as they explore Essex as a duo and chat about their future together.

Demi, 22, is also returning to the hit serious after being temporarily suspended for flouting lockdown with her elder sister Frankie and pal Harry Derbidge last month. 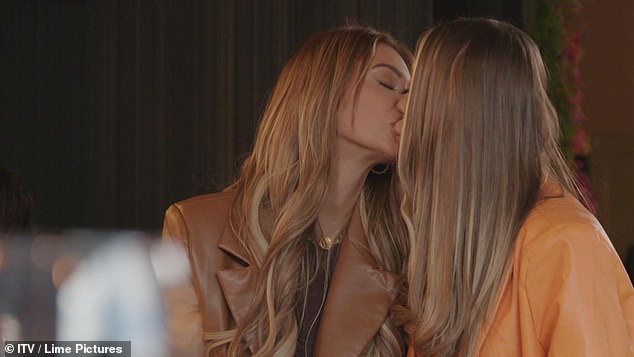 Settling right in! Demi Sims and girlfriend Francesca Farago share a passionate kiss as they made their debut as a couple on TOWIE, in scenes set to air on Sunday

On Sunday, Demi will have to convince her sisters that Francesca, 27, is ‘the one’ and things aren’t going too fast.

Recently big sister Frankie and the siblings’ pal Amy Childs warned her against rushing things with her new love, who she has been publicly dating since January.

While elsewhere in the show, Frankie and Ella Rae Wise see each other for the first time since revelations of Ella and Pete WIcks’ secret snog. 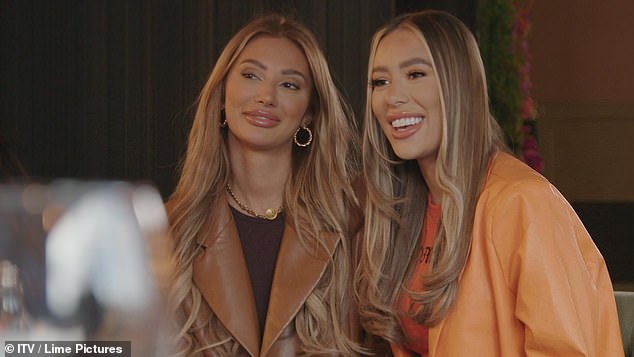 Loved-up: The couple looked besotted with each other as Demi introduced Francesca to the cast and showed her around Essex for the first time

Frankie will have to work out how she’s going to keep her friendship with Ella despite the liaisons between her and her sister’s ex.

And Amy Childs will also sit down with her cousin Harry as they attempt to get their relationship back on track.

However, there’s drama to sort out between them with Harry needing to ask himself if he’s ready to accept Amy and Bobby’s friendship, or will he insist she takes his side.

Last week, Chloe M and Courtney’s attempt to bring Clelia and Amber together didn’t go as planned, and now unsurprisingly Clelia’s comments about Amber have made their way back to her. 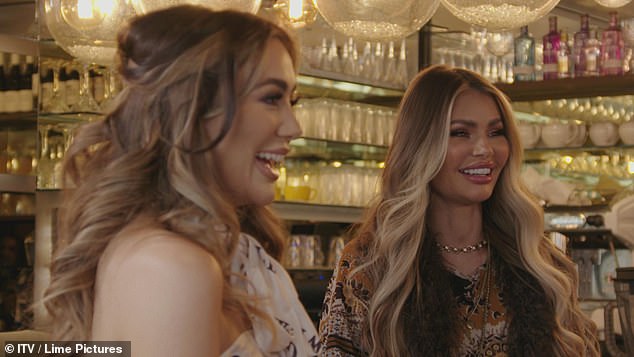 Winning over the sisters: Demi will have to convince her sisters, Frankie and Chloe, that her new love is ‘the one’ and things aren’t going too fast 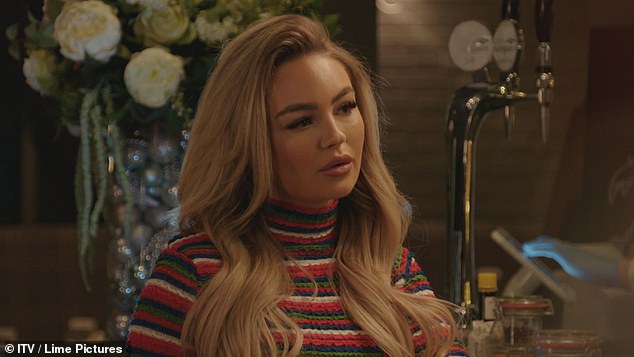 Tough talks: Frankie will have to work out how she’s going to keep her friendship with Ella Rae Wise (pictured) despite the liaisons between her and her sister’s ex, Pete Wicks

The duo are set to come face-to-face in an awkward encounter but its still uncertain if they’ll come out pals or continuing their ongoing feud.

Another romance hotting up is Gatsby and Dani’s, with the latest duo going strong after a string of successful dates.

And Gatsby is ready to step things up a notch by introducing her to best mates Dan and Diags.

Francesca’s cameo will no doubt cause tension after her and Demi’s relationship was scrutinised in an earlier show. 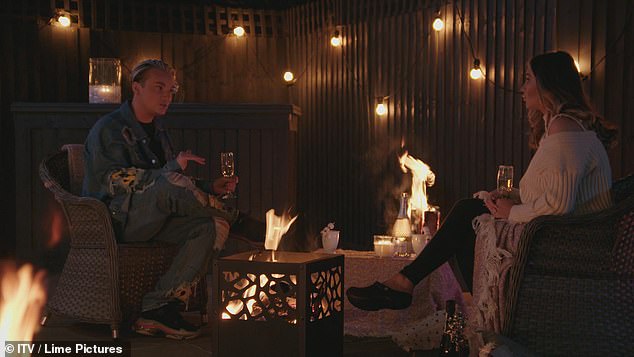 Family ties: While Amy Childs  will also sit down with her cousin Harry Derbidge as they attempt to get their relationship back on track 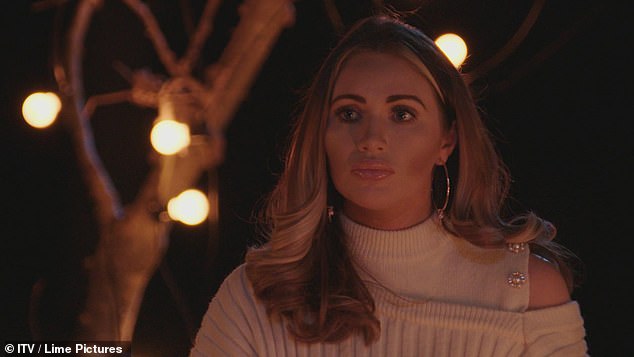 In the middle: Amy (pictured) doesn’t want to upset her pal Bobby or cousin Harry

Demi was asked if she thought she was going ‘a bit quick’ with Francesca, but she said she likes ‘taking things quick’ in her relationships.

Speaking with her sister Chloe and friends Harry, and Amy Childs at a bar, Harry claimed: ‘The only thing I’m worried about is Demi getting married before me, she’s on a roller-coaster.’

Demi simply quipped: ‘Listen Harry, you snooze you lose, if I get married before you.’

Harry claimed he was ‘so happy’ for Demi, and suggested: ‘I think you’ve actually met The One.’

Amy stepped in and asked: ‘Dem, do you think it’s a bit quick? I’m not judging!’ 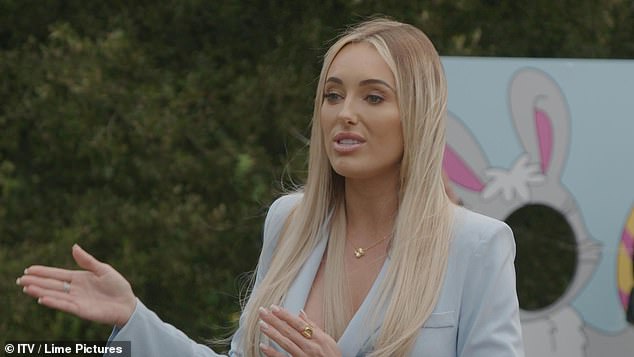 Drama: Amber Turner (pictured) is also set to have some stern words for Clelia after hearing she’s been talking about her 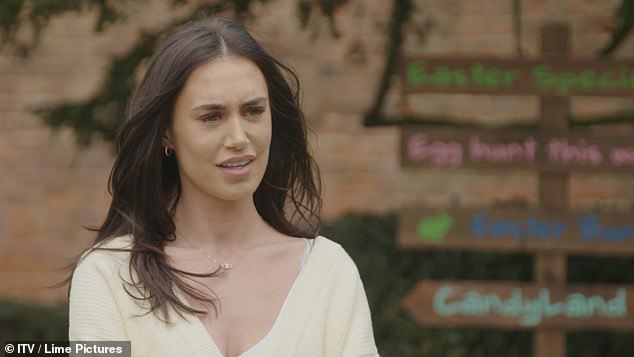 Unimpressed: The duo are set to come face-to-face in an awkward encounter but its still uncertain if they’ll come out pals or continuing their ongoing fued (Clelia pictured) 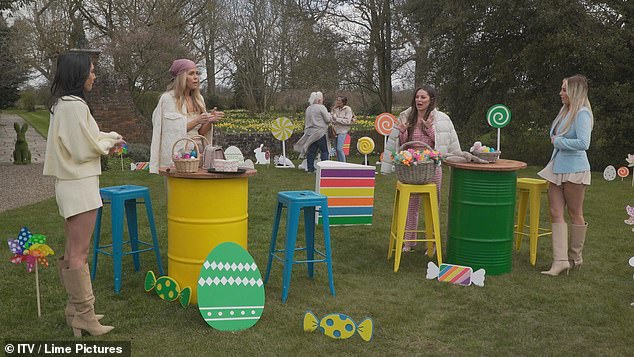 On theme: The girls are also set to enjoy some Easter themed activities during Sunday’s show

Demi was honest with her thoughts on the matter, admitting: ‘I like taking things quick, I like finding out about someone and their heart, and I’m just all about the fairy tale to be honest’.

Chloe then chimed in to ask if Francesca, who hails from Canada, knew anything about Essex, and Demi said: ‘Not at all, she doesn’t have a clue.’

Her sister then said: ‘I think she’s going to have a bit of a culture shock.’

Demi went public with Francesca back in January during a trip to Dubai and they moved into a new home together in London last month. 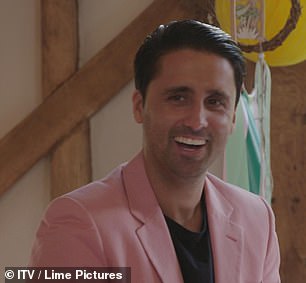 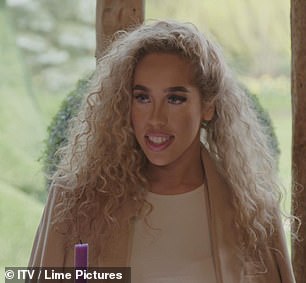 Bit of romance: Gatsby and Dani also seem to be going from strength to strength after a string of successful dates 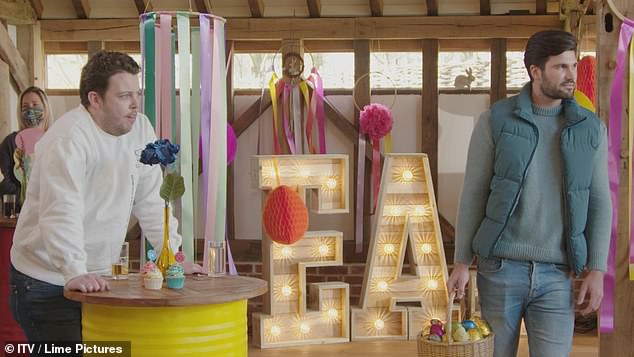 Time to meet the boys: Gatsby is ready to step things up a notch by introducing Dani to his best mates Dan and Diags

Demi’s return to TOWIE comes after they were suspended from the show for flouting lockdown rules.

A video uploaded by Harry’s fiancé Dean Rowland in March showed him cuddling up to Francesca while Demi, Harry and Frankie mingled in the background in a party setting.

A spokesperson for TOWIE confirmed the suspension and told MailOnline: ‘Several cast members have been temporarily suspended from filming TOWIE.

‘The safety of our cast and crew is of paramount importance and we expect them to abide by the protocols put in place in line with government guidelines to ensure they keep themselves and those around them safe.’ 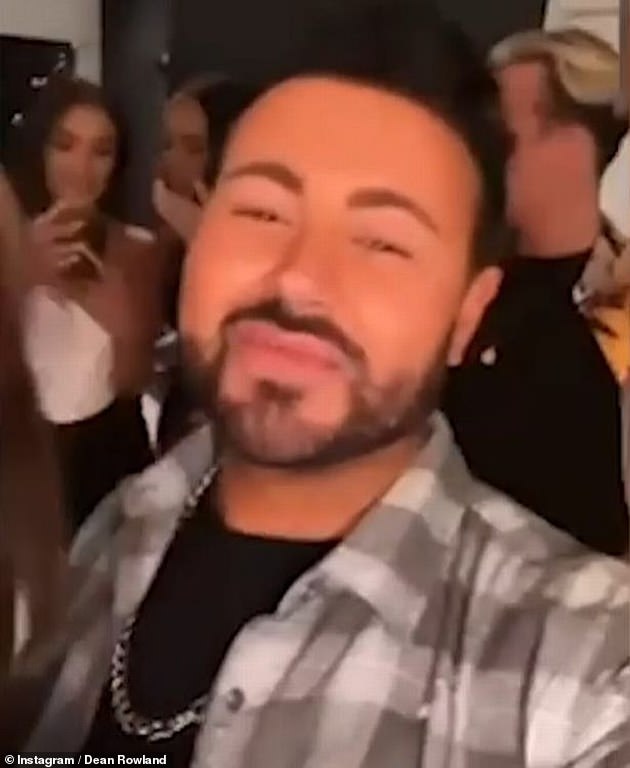 All together: Demi have been suspended from the show when she was caught flouting lockdown rules in a video uploaded by Harry’s fiance Dean Rowland

After the suspension was lifted, the cast were allowed to resume filming after producing negative Covid tests.

The show has created its own little world to film in, so that viewers can still see the cast’s real lives and stories, but while everyone is kept safe.

So, although the cast might be seen in pubs and restaurants, these businesses have opened just for the show and have put in lots of extra measures, so Lime Pictures and ITV can still bring viewers the TOWIE they love safely.

Upset: The suspension came after The Only Way Is Essex was hit by complaints to Ofcom after the stars were seen visiting pubs and restaurants while the UK is in lockdown