ANTONIO CONTE’S Tottenham begin their Champions League charge against Marseille this week. Spurs are back in Europe’s top competitio

Spurs are back in Europe’s top competition after a two-year absence.

Conte’s side are in Group D alongside Marseille, Eintracht Frankfurt and Sporting Lisbon.

Tottenham reached the final in 2019 – losing to Liverpool in Madrid – but failed to qualify for the Champions League in the last two seasons.

They had one Europa League run and then were booted out of the Conference League last year after being hit with Covid.

However, Arsenal’s slip-ups at the end of last season saw them sneak into fourth and claim a place at Europe’s top table.

Champions League betting offer: Get £60 in bonuses and free bets with Betfred 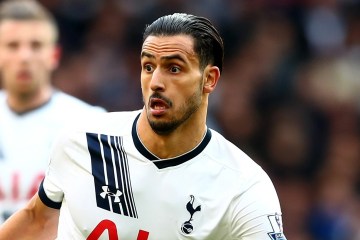 When is Tottenham vs Marseille?

The Champions League match kicks off at 8pm BST.

What TV channel and live stream is Tottenham vs Marseille on?

Tottenham vs Marseille will be broadcast live on BT Sport 3.

What is the team news?

Conte was given a big boost with Cristian Romero and Rodrigo Bentancur returning in the weekend’s victory over Fulham.

Lucas Moura and Bryan Gil are Spurs’ only two injury worries for the Champions League clash this week.

What are the odds?

Odds via Betfair at the time of publication

Most read in Champions League


Drivers warned over petrol prices at supermarkets including Asda and Tesco

SOCK IT TO 'EM