By Adry Torres For Dailymail.com

Three men found floating down the Amazon River in a refrigerator after their boat capsized have been rescued.

The men were were discovered by a Brazilian Navy vessel nine miles from the city of Santarem in the western state of Pará on Wednesday.

They had been in the water for nearly three hours after their 25ft fishing vessel sank moments after they had sailed from the municipality of Alenquer.

The men, aged 25, 65 and 69, managed to stay afloat with the help of the ice box, which they had planned to use to store away their fish.

Luckily they were spotted by naval vessels helping to transport oxygen to hospitals dealing with the COVID-19 pandemic. 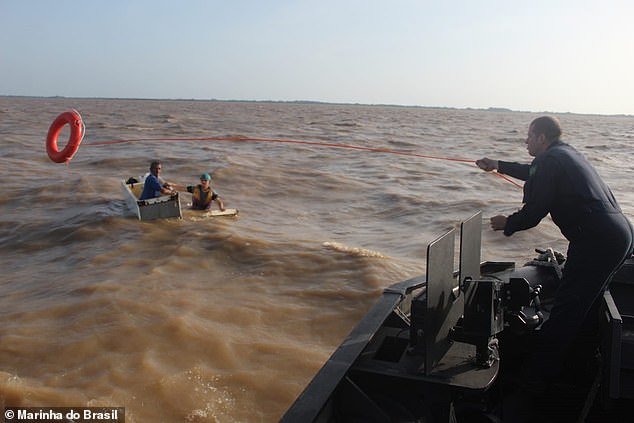 A Brazilian Navy officer tosses a lifebuoy to bring in the fishermen one by one after their fishing vessel sank in the Amazon River on Wednesday. The individuals provided medical treatment and said to be in good health 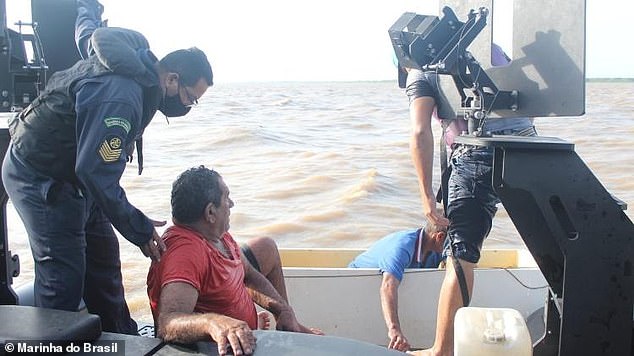 The Navy transported the fishermen to Santarem where they were treated by doctors. Each of them was found to be in good health.

The Brazilian ship, the ‘Pampeiro’ had been escorting a vessel which was taking a massive tanker of oxygen to the northwestern state of Amazonas, where it was desperately needed for COVID-19 patients.

Hospitals in the capital, Manaus, are dealing with a shortage of oxygen to treat patients infected with corona. 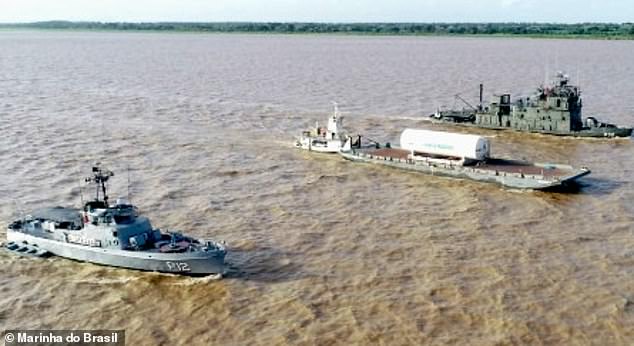 After a stock transfer from Bill Gates, Melinda Gates is a billionaire

The economy added just 266,000 jobs in April even as states eased COVID restrictions and vaccinations rose

The economy added just 266,000 jobs in April even as states eased COVID restrictions and vaccinations rose 0