The Masked Singer: Sue Perkins is unmasked as Dragon in show's semi-final

The Masked Singer: Sue Perkins is unmasked as Dragon in show's semi-final as one more contestant is set to be revealedBy Roxy Simons F


The Masked Singer: Sue Perkins is unmasked as Dragon in show’s semi-final as one more contestant is set to be revealed

By Roxy Simons For Mailonline

Sue Perkins was unmasked during Saturday night’s episode of The Masked Singer.

The former Great British Bake Off host, 51, revealed her identity after she failed to impress the audience with her performance during the first half of the show.

Despite being revealed, Sue can take pride in the fact that none of the judges guessed her identity, including guest Matt Lucas. 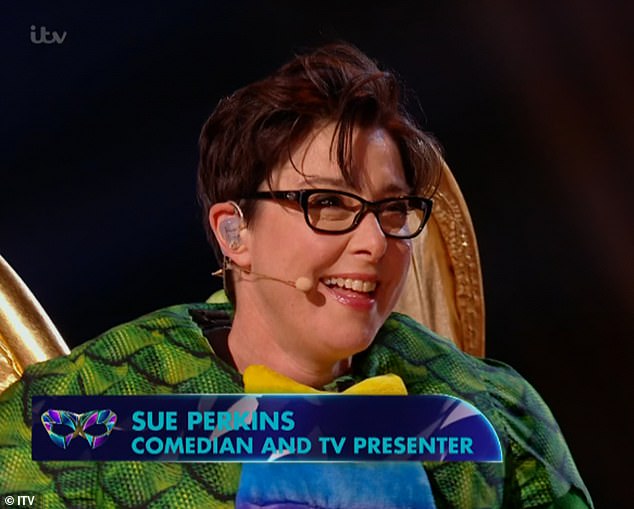 The Masked Singer: Sue Perkins was unmasked as Dragon in the show’s semi-final on Saturday night, as one more contestant is set to be revealed

Gushing about taking part in the show, Sue claimed she felt ‘liberated’ while wearing her mask as she’s always been petrified of singing in public.

She explained: ‘Being dragon is liberating and brilliant, I have been able to be playful and silly and childlike, and things you cant be. 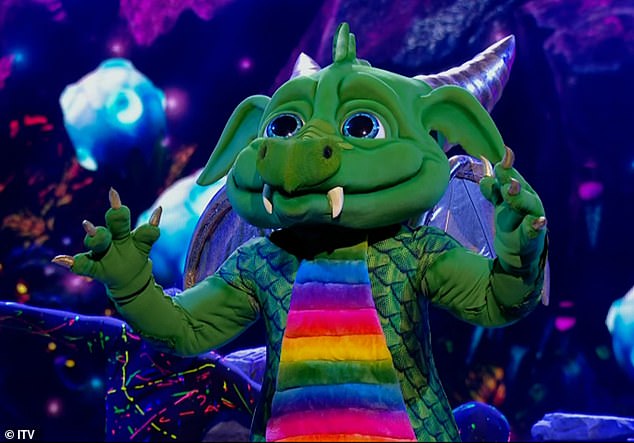 Kept it a secret: Despite being revealed, Sue can take pride in the fact that none of the judges guessed her identity, including guest Matt Lucas 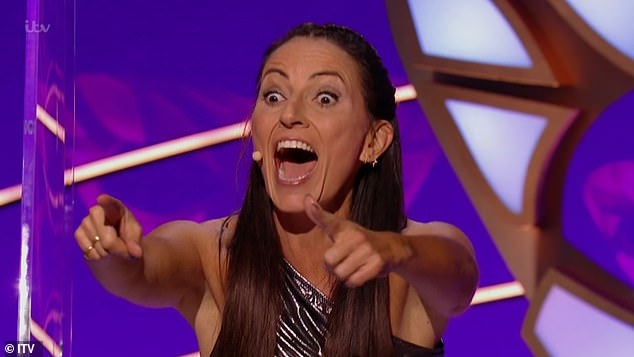 ‘I would never ever sing, I am terrified of performing in public. What would be interesting is me singing without the mask, lets see if it broke the spell for me.’

Luckily, Sue was able to perform with her Dragon head-piece on as she sang one final song before leaving the show.

Speaking after her departure from the show, Sue said of taking part: ‘It just felt so utterly counter-intuitive that I had to do it.

‘I’m usually up a mountain or down a river these days – so I’m probably the last person that anyone would think of in a musical entertainment context. I got an awful lot of joy out of hoodwinking the panel.’

The Viking was the first to have his mask removed as he was revealed to be Morten, 61, after failing to win votes with his version of Coldplay’s The Scientist.

It was then decided who the second celebrity to leave would be, with both Dragon and Blob at risk of going home. The judges opted to save Dragon and send Blob home.

It was soon revealed that Sir Lenny, 62, was behind the mask after the judges guessed it could be Stephen Fry, Joe Wicks, Lenny Henry, Ainsley Harriott and Morgan Freeman.

Cold Feet star John Thomson was unveiled as Bush Baby whilst Seahorse was revealed to be Mel B.

Glenn Hoddle was the Grandfather Clock and Martine McCutcheon was unmasked as Swan.

Sophie Ellis Bextor was booted out of the competition first, leaving her Alien alias to be revealed.

The Masked Singer continues on Saturday at 7pm on ITV.

Dr. Ben Carson: Black history is American history – and this is why it's all worth celebrating 0