Big storm system to develop in central US before moving east

‘The Elf on the Shelf’ gone wrong: Mom gets creative to handle serious leg mishap 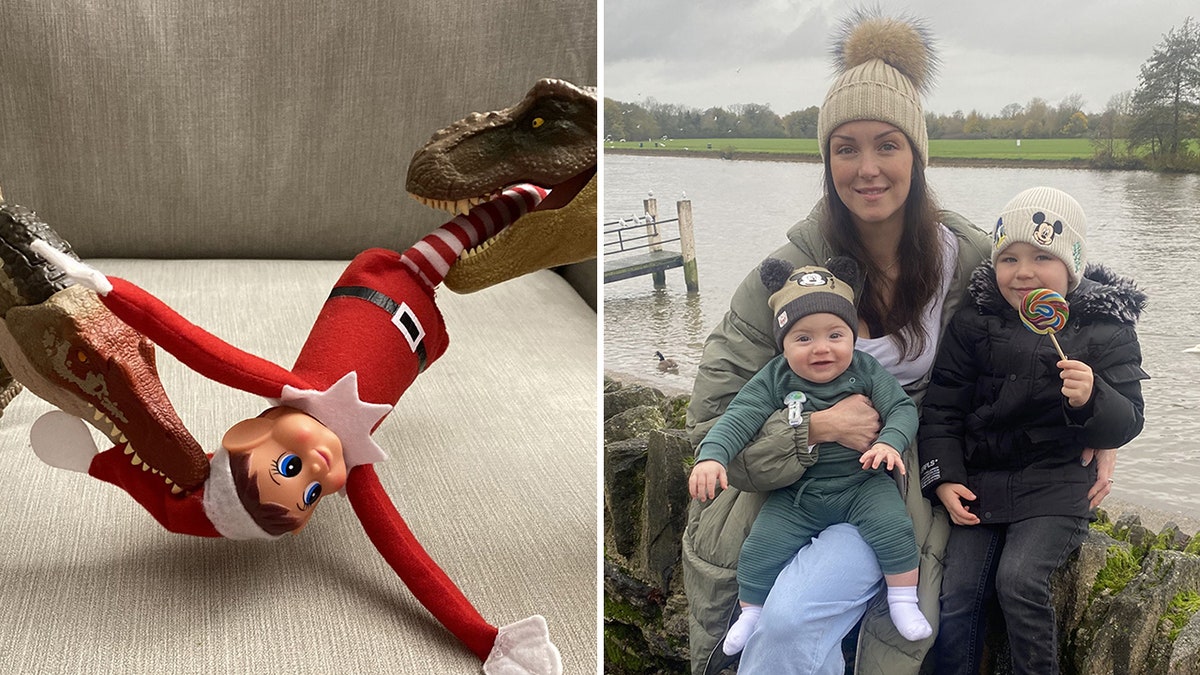 The Elf on the Shelf is right now making an appearance in scores of households across America.

The popular holiday visitor appears after Thanksgiving and stays throughout the holidays — magically changing locations each night and reporting to Santa on the children’s behavior ahead of Christmas.

And while families everywhere enjoy the clever ways the elves “switch up” their locations when no one’s watching, one mom of two kids had to deal with an unexpected twist.

‘THE ELF ON THE SHELF’: IS AN ELF MAKING AN APPEARANCE IN YOUR HOUSE THIS HOLIDAY SEASON?

Lauren Weir is a mom of two who introduced the Elf on the Shelf to her four-year-old son Tommy for the first time on Dec. 1, 2022.

The boy in Hertfordshire, England, loved his elf so much that he asked to bring it to show and tell at the school playground.

After a successful “touchless” transfer to the playground with her four-year-old son, Weir then packed up her things — including the elf — and went next to a neighbor’s house so that her younger son, 8 months old, could play there for a while.

ELF ON THE SHELF JOKINGLY BANNED BY GEORGIA JUDGE

But when packing up at long last to head home for the day, the 30-year-old mom discovered the elf’s leg was mysteriously missing.

“I had given it to my smallest son to play with at my neighbor’s, and then I was getting all my bits together to leave. I picked the elf up and the leg just wasn’t there anymore,” she said.

Weir said she searched at her neighbor’s house and in the car, but the leg was nowhere to be found.

“The only explanation I can think of is that when I put it into my changing bag as I was leaving school, it ripped off somehow,” she said.

How was she going to explain the missing leg to her son Tommy?

Using some true mom-inspired creativity, Weir staged a “dinosaur attack” for the elf the next morning — featuring her kids’ other toys in a prominent role.

Weir also decided to sew a new leg for the elf — and make him an amputee.

“It was quite a clean break, so I was like, ‘Let me try and sew it’ … It worked out pretty well,” she said.

Weir said her son Tommy was very excited to see the scene the next morning.

“He was so excited when he came downstairs the next day. He thinks it’s great that his elf survived this dinosaur attack,” she said.

However, Weir said Tommy quickly became concerned about how the elf was going to get around without a leg.

She said it took her a couple of hours to make a wheelchair out of Legos in the house.

The next day, a wheelchair appeared for the elf — with Weir explaining to her son that she’d made a call to Santa for help.

“He thinks Santa’s really good at making Lego wheelchairs,” she said of her son.

Weir said although all of this was a lot of work, she still plans on introducing a second elf to the household for her youngest son next year — so that the boys can enjoy the elf magic together.

“My youngest son will have one next year as well when he’s a bit older,” she said — adding that she hopes “that [elf] will keep both legs.”

Big storm system to develop in central US before moving east

Classic authors quiz! How well do you know the facts about these great authors and their works?

Fauci obliterated by critics for charging up to $100k for speaking engagements: 'The audacity of this man'