A grand jury has indicted an 18-year-old on a capital murder charge in the killing of actor Eddie Hassell during a carjacking in suburban Dallas.D'


A grand jury has indicted an 18-year-old on a capital murder charge in the killing of actor Eddie Hassell during a carjacking in suburban Dallas.

D’Jon Antone, who lives in Dallas, was indicted Wednesday. He was arrested in November, just days after Hassell was fatally shot in Grand Prairie, Texas.

He remains in custody at the county jail, with bail set at $5 million.

Hassell, who was born in Corsicana, was known for his roles in the NBC show Surface and the 2010 film The Kids Are All Right.

Hassell was living in Waco but had been staying with a woman at an apartment in Grand Prairie, according to an arrest warrant affidavit. 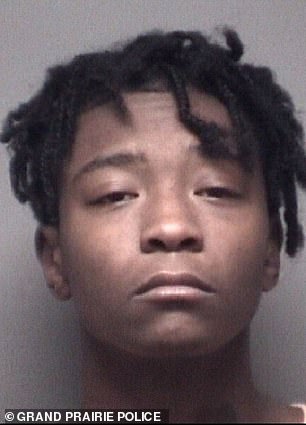 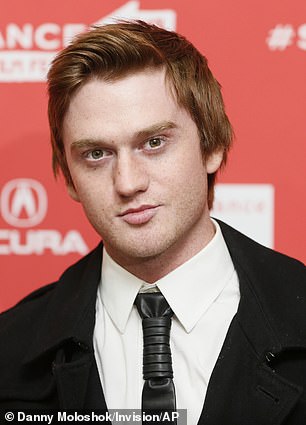 D’Jon Antone has been indicted on charges of capital murder in the killing of Surface actor Eddie Hassell, right, after he was shot in random robbery outside his girlfriend’s apartment in November

According to surveillance video and witness interviews, Hassell had left the apartment to go to the woman’s car. Detectives determined Antone shot Hassell several times and then stole the car.

Antone was taken into custody several days after the shooting, which happened on his 18th birthday.

Days earlier, he had pleaded guilty to carrying a gun in a weapons-free zone — on or near the premises of Bowie High School — and was given two years of deferred-adjudication probation, court records show.

Hassell’s girlfriend Elizabeth Martin, a make-up artist, paid tribute to him on Instagram. She was inside the home at the time and did not see the attacker.

She wrote: ‘You were dearer to me than all the bats in all the caves in the world @eddie_hassell. I loved you more than the sky in Texas. 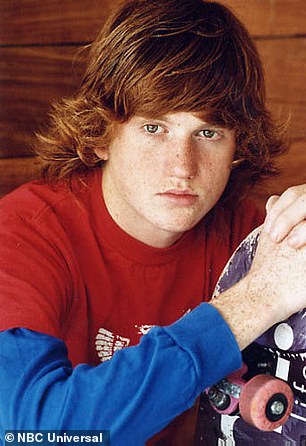 ‘You made me more mad than anyone I’ve ever met, and I loved every ounce of you for it. Rest in Peace. You’ll always have my heart.’

In another post she added: ‘I’ll see you on the other side of that skate barn in the sky, Cowboy. I’ll always love you.’

She was an associate producer and key make-up artist on the 2017 movie Bomb City, which Hassell starred in.

Mark Ruffalo, who starred in The Kids Are All Right with Hassell, paid tribute to Hassell Monday saying: ‘Rest in Peace, Eddie. More senseless gun violence. It’s a plague on our nation. This should not be our reality.’

Police were called to the scene by neighbors who came to Hassell’s assistance. They gave Hassell CPR at the scene before he was transported to hospital. He later died of his injuries.

Hassell moved from Texas to Los Angeles when he was just 11 years old to pursue his Hollywood career.

He broke into the entertainment industry during the early 2000s and continued to rack up TV and movie gigs over the years, with his most recent credits coming in 2017.

He is best known for playing Phil Nance in Surface for a number of episodes.

His character was the best friend of teenager Carter Jenkins, who finds an egg off the coast of the Carolinas that hatches into an aquatic lizard with mysterious powers.

He also starred as Eddie Suarez in Lifetime’s Devious Maids for a period along with cameos on shows including Studio 60 on the Sunset Strip, Southland and Bones.

He held several small roles throughout the 2000s and 2010s, most notably as Clay in the 2010 film The Kids Are All Right, starring Julianne Moore and Ruffalo.

The Kids Are All Right earned a best picture nomination at the 2011 Oscars. 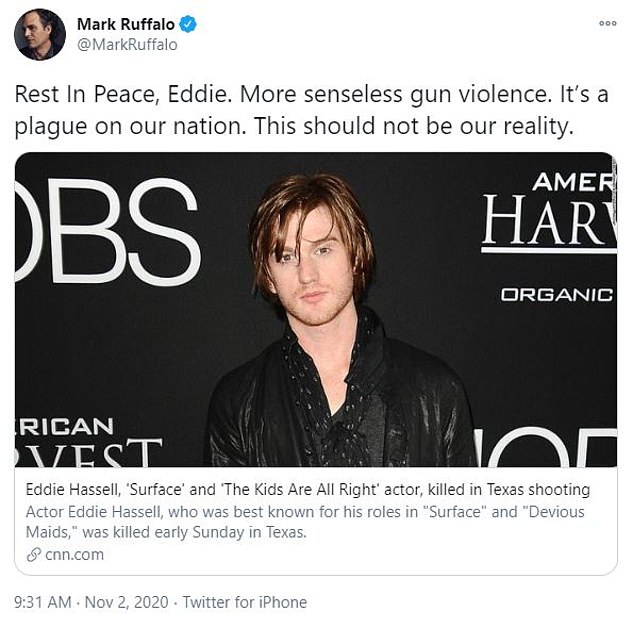 Mark Ruffalo, who starred in The Kids Are All Right with Hassell, paid tribute to him days after the shooting saying: ‘Rest in Peace, Eddie. More senseless gun violence. It’s a plague on our nation. This should not be our reality’ 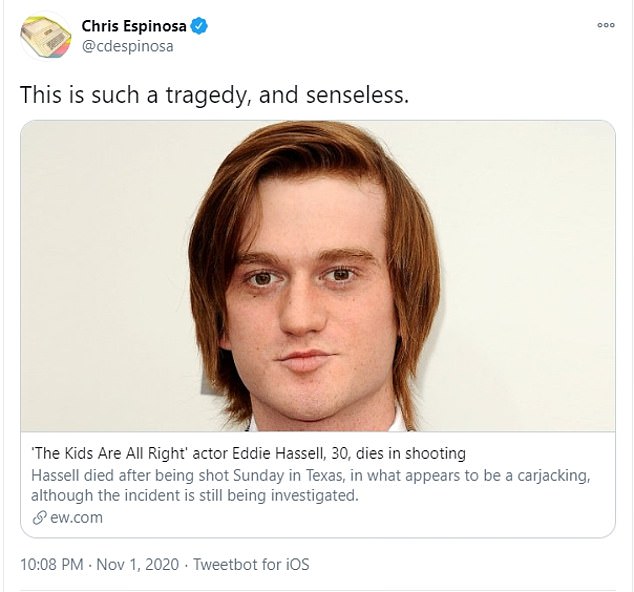 Chris Espinosa, one of Apple’s first employees who Hassell portrayed in the 2013 Steve Jobss biopic Jobs, also shared a tribute in November saying: ‘This is such a tragedy, and senseless’ 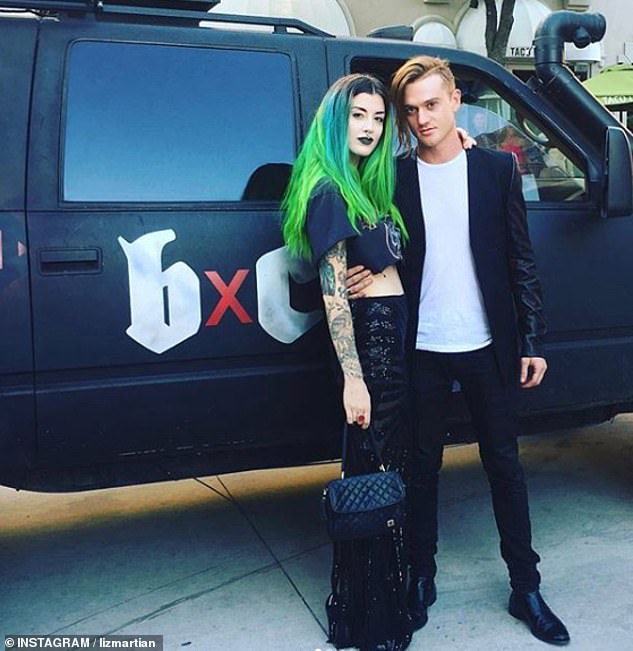 He was shot in the stomach outside his girlfriend’s Grand Praire, Texas apartment. Hassell’s girlfriend Elizabeth Martin, a make-up artist, pictured here

Hassell was also said to have been an avid surfer and skateboarder.

‘Skateboarding’s been a huge part of my life, it also got me cast in commercials. I was into horseback riding and rodeos in Texas and when I moved to L.A., I got into skating. I did all my own stunts. I’m into anything with a board: surfing, wakeboarding,’ he said in a 2013 interview with Elle.

Along with his Hollywood projects, Hassell was a published author. In 2009, he released his book Someone Should Tell You: Startling Revelations and Truths to Help You Understand and Improve Your Life.

Sen. Lindsey Graham: Reckless immigration policies – Biden team has no one to blame but themselves 0