Texas cop, 28, and his WIFE are arrested for 'having a sexual relationship with a 17-year-old girl'

Texas cop, 28, and his WIFE are arrested for 'having a sexual relationship with a 17-year-old girl'Georgetown officer Samuel Tejeda, 2


Texas cop, 28, and his WIFE are arrested for ‘having a sexual relationship with a 17-year-old girl’

By Valerie Edwards For Dailymail.com

A Texas police officer and his wife have been arrested for allegedly having a sexual relationship with a 17-year-old girl.

Georgetown officer Samuel Tejeda, 28, and his wife, Ashley Tejeda, who have two children, turned themselves in on Wednesday after being investigated for having sexual relations with the teenager, according to a press release from the City of Georgetown.

The Tejedas, who married in December 2019, have been charged with ‘sexual performance by a child’. 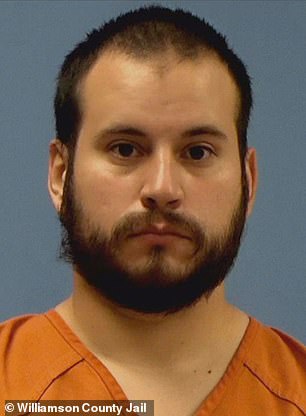 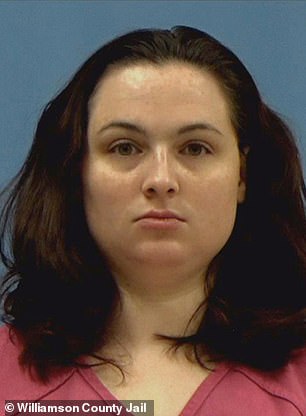 Georgetown officer Samuel Tejeda and his wife, Ashley Tejeda, who have two children, turned themselves in on Wednesday after being investigated for having a sexual relationship with a 17-year-old girl, according to a press release from the City of Georgetown

Authorities have been investigating the couple last month after receiving a tip on January 26 that the Tejedas were sexually involved with the teenager.

The next day, Officer Tejeda was placed on administrative leave.

Warrants for the couple’s arrests were issued after authorities conducted a search on their home. They turned themselves in around 8am Wednesday.

According to the press release, investigators discovered that Officer Tejeda knew the teen personally and not as a result of his duties as a Georgetown officer.

Investigators also said the alleged sex acts did not occur while Officer Tejeda was on duty or while he was serving in an official capacity.

The Tejedas are now facing two counts of sexual performance by a child, which are second-degree felonies.

The arrest affidavit, obtained by KXAN, says the teenager told police that she had sex multiple times with Officer Tejeda in her backyard and at the couple’s home in Jarrell.

Ashley Tejeda reportedly admitted to having the sexual relationship with the teenager and her husband.

She also told authorities that she recorded one of their sex acts on her phone.

But the affidavit says she ‘deleted the content of the video from her phone on the day that Samuel was informed of pending criminal action against him’.

Officer Tejeda graduated from the police academy in 2017 and worked as a reserve officer in Jarrell, Texas.

In March 2018, Tejeda secured a position with the Georgetown Police Department. He does not have any record of prior discipline with the department.

An attorney was not listed online for either of the Tejedas.

Loading...
Newer Post
Trump's Mar-a-Lago helipad to be demolished, will cost $15,000
Older Post
British teen wakes up from 10-month coma to a world changed by COVID-19

Katie Price, 42, 'gets ENGAGED for the EIGHTH time after boyfriend Carl Woods, 32, proposes'

Exhaustion symptoms: 5 signs you are exhausted and not just tired

Katie Price, 42, 'gets ENGAGED for the EIGHTH time after boyfriend Carl Woods, 32, proposes' 0

Exhaustion symptoms: 5 signs you are exhausted and not just tired 0

Taylor Swift calls out Netflix's 'Ginny and Georgia' for 'lazy, deeply sexist joke' about her 0

Facing an income-tax surprise? Now is a good time to update your W-4 0