Bindi Irwin is due to welcome her first child next month.

And on Wednesday, her mother Terri revealed the special moment Bindi and her husband Chandler Powell announced their pregnancy.

While appearing on Channel Seven’s Sunrise, the 56-year-old widow of Crocodile Hunter Steve Irwin said the couple were emotional when they broke the news on Australia Zoo’s annual crocodile research trip. 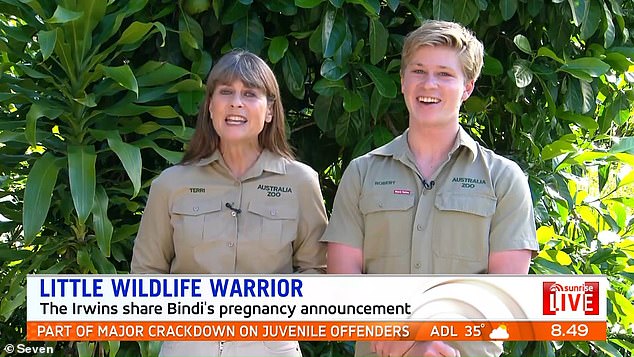 ‘We laughed and cried’: Terri Irwin (left) reveals the due date of pregnant Bindi’s baby and the very special moment she found out she was becoming a grandmother. Pictured with son Robert Irwin on Seven’s Sunrise on Wednesday

The private moment was caught on camera for their TV show, Crikey! It’s the Irwins, and a small snippet was shared on the morning breakfast program.

‘We were all out in the bush and had been jumping on crocs and attaching trackers all day. We were all sitting around the campfire and she[Bindi] just says “by the way…”‘ Terri recalled.

‘We all picked names and laughed and cried and it has been so special and she is due next month,’ the proud mother added. 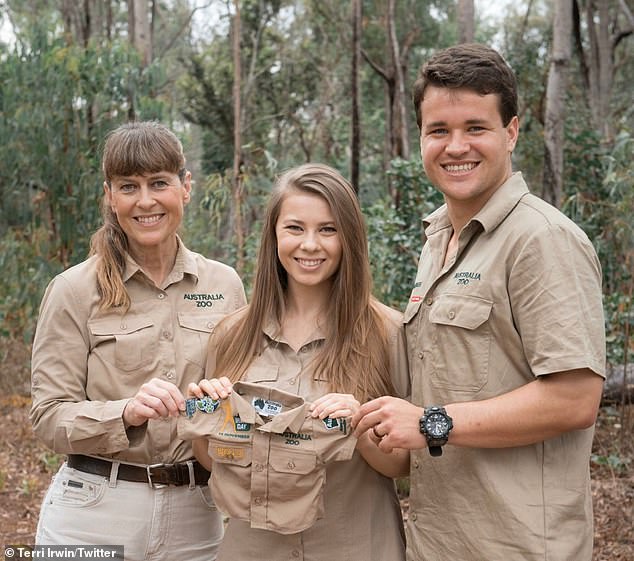 ‘We all picked names’: Terri said Bindi has been doing well during her pregnancy and that the family have all pitched names for the baby girl due net month

Emotional: The private moment was caught on camera for their TV show, Crikey! It’s the Irwins

During the segment, Terri said Bindi was doing well during her pregnancy and had now reached the ‘sweet spot’ of not being able to see her toes.

Robert said his big sister was ‘massive’, but after a swift elbow by his mother he clarified with a chuckle: ‘in a good way!’

In the clip from their TV show, Bindi chokes back tears as she holds up a baby-sized khaki onesie while her mother and brother sit by a campfire.

The wildlife conversationalist had told husband Chandler the exciting news earlier while he was making a cup of tea. 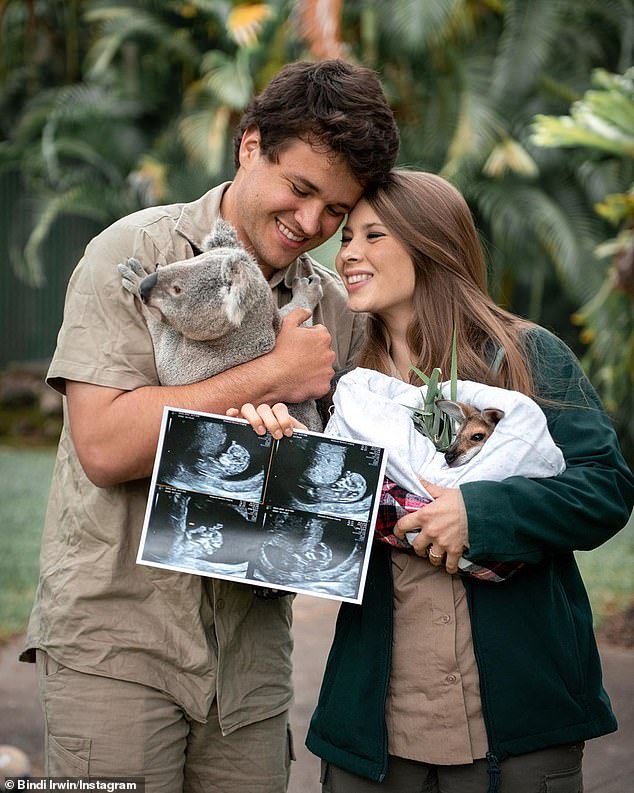 The couple met seven years ago in November 2013 when Chandler, who hails from Florida, was touring Australia for a wakeboarding competition.

They got engaged on the Australia Zoo grounds on her 21st birthday in 2019, and wed in an intimate ceremony in March 2020.

Five months later, Bindi and Chandler announced their pregnancy to the world. 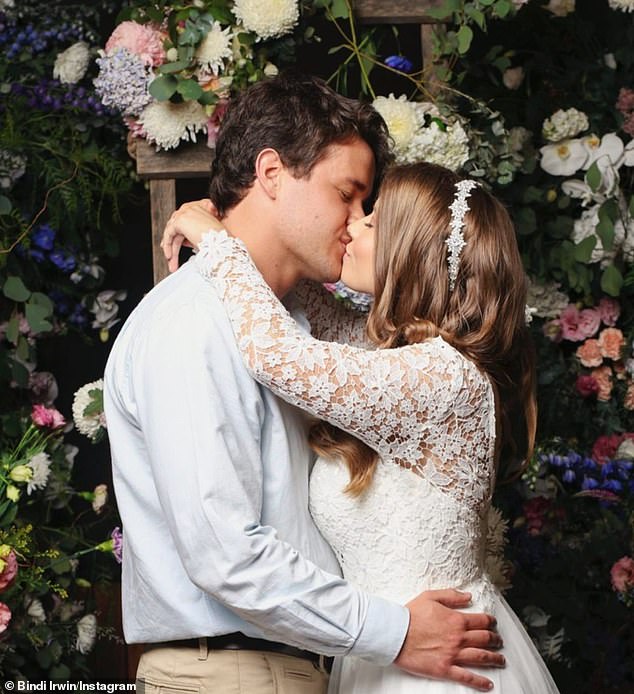 Bindi the bride: The couple, who met seven years ago in November 2013 at Australia Zoo, wed in an intimate ceremony on the grounds in March 2020

Aristotle Onassis's yacht enjoyed by Churchill and Elizabeth Taylor can be hired for £545,000 a week