Terminally ill woman, 33, with brain tumour gives evidence to court from her hospice bed to help convict thief who stole her purseBonn

Holly Willoughby reveals she went to bed at 9.30pm on her 40th birthday
Tourist returns home to find giant lizard in her bed
How bed sheets, vases and logos could help catch evil paedophiles


Terminally ill woman, 33, with brain tumour gives evidence to court from her hospice bed to help convict thief who stole her purse

A terminally ill woman with a brain tumour gave evidence to a court from her hospice bed to help convict a thief who stole her purse.

Bonnie Hughes, 33, was unable to attend the proceedings in person due to her condition, but still managed to explain to magistrates via video link what happened to her at Pyramids Shopping Centre in Birkenhead, Merseyside.

Paul Hodgson, 48, was found guilty and jailed for 13 months. Last year, his accomplice Steven Watterson, 57, admitted the theft and was handed an eight-month prison sentence.

Ms Hughes had left the CeX shop when two men asked her the time and, as she tried to answer them, they stole her purse from her pocket. 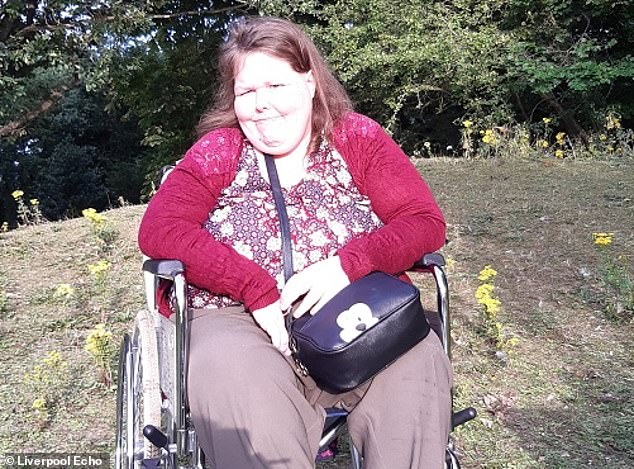 Bonnie Hughes (pictured above), 33, was unable to attend the proceedings in person but still managed to explain to magistrates via live link what happened to her at Pyramids Shopping Centre in Birkenhead, Merseyside

It was later found abandoned nearby.

The Crown Prosecution Service (CPS) arranged for Bonnie to to give evidence from her bed in the Manor House hospice in Wirral.

A bible was provided for Ms Hughes to swear on before she gave her evidence to the hearing at Sefton Magistrates’ Court.

She said: ‘I was determined to make sure the defendant was prosecuted for what he had done to me. Just because I’m visibly vulnerable I couldn’t let them win.

‘I am seriously ill now so there was no way that I would have been able to get to the court to give evidence.

‘The link was set up and I was given a bible to swear on before I started. Staff at the hospice helped me and the police have been fantastic in supporting me.

‘This was really difficult, but the video link made it possible.

‘I was once very independent, but the theft really shook me up and I’m unable to go out shopping on my own now and with the pandemic I don’t think I will ever get to go shopping again.’

‘Once the application for a victim to dial into the court is granted, the court send a link out to them. 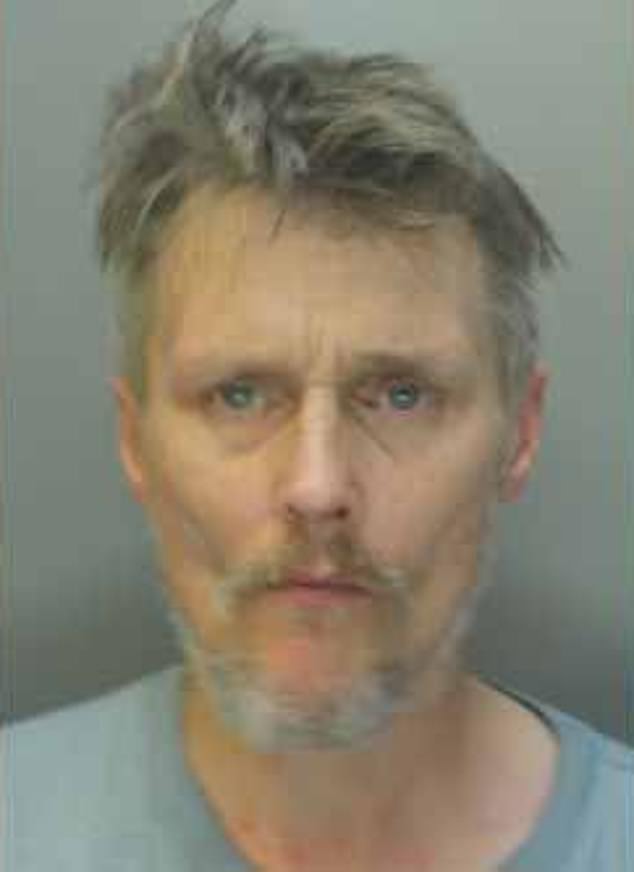 Paul Hodgson, 48, was found guilty and jailed for 13 months. Ms Hughes had left the CeX shop when two men asked her the time before stealing her purse from her pocket

‘On the day of trial they click on the link and it takes them into a lobby and they wait there until they are required to give evidence.

‘The victim is given some guidance on how to do this and also a link to a test site.’

Neil Colville, head of CPS Mersey Cheshire’s Magistrates’ Court Unit, said: ‘The CPS was already forging ahead with new technology before the lockdown but we’ve had to advance even quicker since to make sure justice is still done.

‘We increasingly apply to the courts for our prosecutors and victims and witnesses to be able to take part in hearings via video link, so that only those members of our staff who absolutely have to be there are.

‘This case was particularly poignant as the victim is extremely vulnerable and seriously ill yet she was determined to see this man brought to justice.

‘The CPS would like to thank her and her family for their help and determination that has enabled us to bring this case to court.’

Another recent case in which people involved were able to dial-in remotely included John Morgan, 31, who connected with the court from his mobile phone in a car in a lay-by in Swindon.

He entered a guilty plea to a drink driving offence in Warrington, was sentenced and was driven home by a relative.

Spring snowstorm wallops portions of New England, could bring 50 mph gusts and a foot of snow

Spring snowstorm wallops portions of New England, could bring 50 mph gusts and a foot of snow 0

So many events in Melbourne, until COVID disrupted the plan 0

Tim Scott blasts Biden, Democrats for filibuster flip-flop: They cry 'racist whenever they want to scare you' 0