Sydney: Campbelltown thugs allegedly bashed man for hours in a fight over meth before stabbing him

The naked and beaten body of a man stabbed to death was found on the side of a road in NSW after a fight over the drug ice, a jury has been told.

Jamie Phillips, 46, died of a stab wound to the heart before he was found uncovered with his legs in a folded position in a vacant Campbelltown lot on October 25, 2018.

Barry Paul Cavanagh and Nathan McIvor, both 38, and Sean David O’Keefe, 39, have pleaded not guilty to murder. 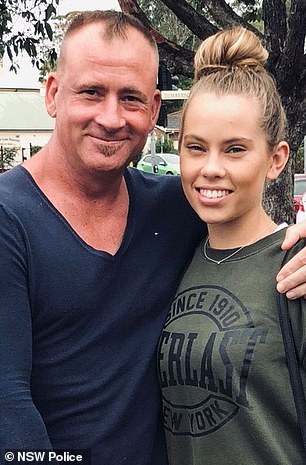 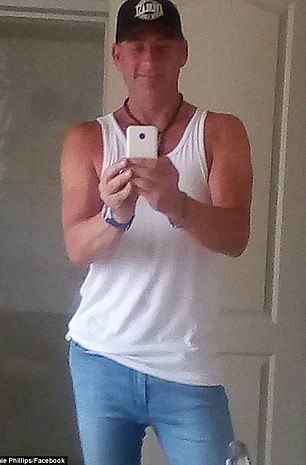 Jamie Phillips with his daughter

The men acted in a joint criminal enterprise to cause grievous bodily harm to Mr Phillips through a ‘sustained or prolonged physical assault’ that led to one pulling out a knife that ultimately killed him, the Crown submits.

The jury will hear from Sharyn Gallagher who met the three accused at Campbelltown McDonald’s car park in the early hours of October 25, before travelling back to her Ambarvale home, crown prosecutor Chris Taylor told the Supreme Court on Wednesday.

She will say the men were whispering among themselves throughout the evening before they disappeared with Mr Phillips into a bedroom, from which she heard shouting and loud thumps ‘consistent with wrestling within this room’. 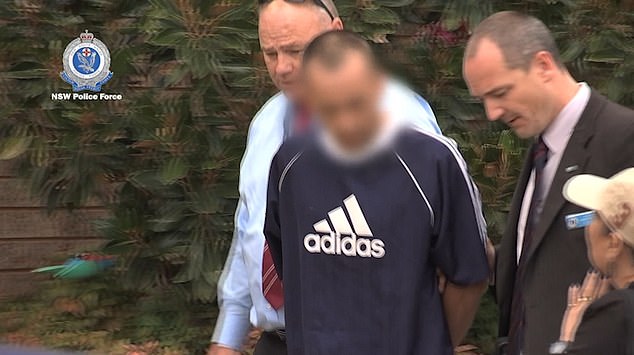 Police arrest 38-year-old Nathan McIvor in 2019 over the murder of Jamie Phillips in 2018. He has since pleaded not guilty to murder along with his co-accused Barry Paul Cavanagh and Sean David O’Keefe

After asking what was going on, one man answered: ‘It’s OK Shaz it’s just us boys sorting out our shit, we’ll be out in a minute.’

Feeling scared she retreated into her room when O’Keefe and McIvor, holding a knife, followed her in.

‘I don’t want to have to hurt you,’ she says McIvor said to her.

Later she recalls seeing a man lying facedown in a room wearing Mr Phillips’ distinctive bright orange sneakers before she was quickly ushered away and locked in her bedroom. 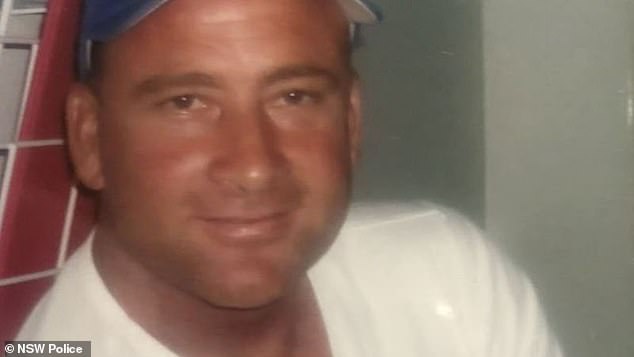 Phillips’s (pictured) family said they do not know the accused killer, and they have never seen or heard of him

When she was released only Cavanagh remained with blood on his shoes, which he asked her to remove.

‘Sorry for making all the noise and if we upset the neighbours. Sorry about them boys, we all got out of hand with each other,’ he allegedly said before leaving.

Mr Phillips’ dumped body was found that day with a ‘very high level’ of ice as he was a regular user.

The punch-up started because Cavanagh and O’Keefe stole ice from Mr Phillips who tried to grab it back, Mr Taylor said.

Gallagher has agreed to give evidence after pleading guilty to destroying CCTV footage recorded at her home on the night in question. 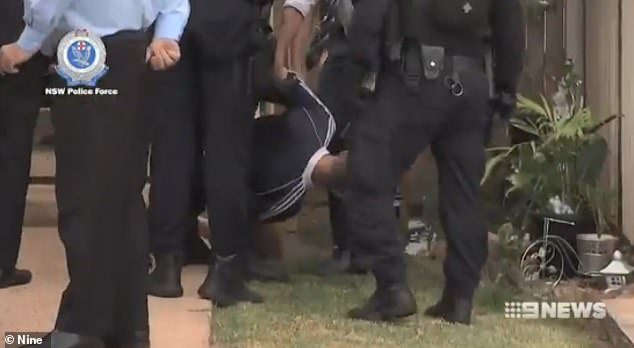 Trump's on the move! Two moving trucks arrive at Mar-a-Lago

Trump's on the move! Two moving trucks arrive at Mar-a-Lago 0