STACEY Solomon has revealed the special meaning between her and Joe Swash’s “honeymoon bucket list” after their sweet night out.

Tyson Fury will only make return for ‘a bucket load of money’ as Eddie Hearn shoots down ‘FREE’ Anthony Joshua fight
Full list of KFC merch on sale today – including bucket hat, bag and gym gear
Chris Eubank Jr arrives for KSI fight at The O2 looking relaxed and eating a bucket of KFC chicken

STACEY Solomon has revealed the special meaning between her and Joe Swash’s “honeymoon bucket list” after their sweet night out.

The mother-of-four took to get Instagram stories last night to reveal how she and Joe, 40, had gone to a Simply Red concert as part of their ongoing post-wedding celebrations.

Stacey and Joe were married at their home last month[/caption]

Stacey, 32, and Joe – who were married last month in a ceremony at their Essex home – enjoyed the emotional night out on Sunday.

It came as part of the Bake Off Professionals host’s “bucket list” for their honeymoon – which began shortly after their big day.

The newly weds opted to have their honeymoon at home with their kids “all summer”, ticking off fun activities for their family.

Stacey revealed that the couple had headed to watch the 80s band for one of their date nights as one of the latest “bucket list” items. 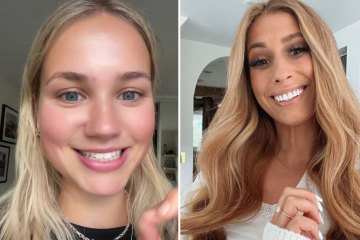 I made my company at 19, now it’s worth 6 figures & Stacey made us viral 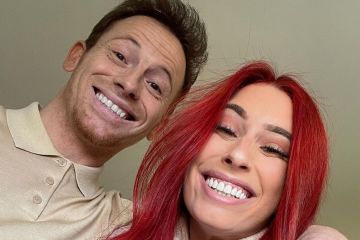 Explaining the reason behind the concert, the former X Factor star revealed it was a “special night” for Joe to remember his childhood.

“Trying to do some bucket list things for our honeymoon,” Stacey wrote. “We went on a date night Sunday to go and see Simply Red.

“When Joe was younger his mum and dad used to take him in the caravan and sing Simply Red all the way.

“This is one of his favourite memories of being little with his dad so it was the most special night. Love you Joe.”

'LOVE YOU TILL THE END'

The couple could be seen singing along – and smiling for the camera – in the emotional Instagram stories uploads.

It comes after Stacey revealed to fans that she and her new husband were planning on having their honeymoon at home with their kids.

They are staying at home because they love being at Pickle Cottage with the kids during the summer holidays.

Stacey explained on instagram: “Making the most of every second of the summer we have off with the pickles… This is our honeymoon.

“We are calling it a ‘homeymoon’ because we just wanted to spend it at home with all the kids all summer.

She continued: “We’re always one in one out and all over the place. So this time at home is just all we could have dreamed of.”

The caption was posted on a video of her boys climbing trees in the grounds of their sprawling pad.

Stacey, who is mum to Zachary, 13, and Leighton, nine, from a previous relationship, and shares Rex, three, and daughter Rose, 10 months, with Joe, makes no secret of the fact that her favourite job is being a mum.

I worried about cutting my fingers off during Masterchef , says ex-boxing champion Chris Eubank 0