Rising NRL star and former Rebels gang member Dan Kilian has been touted by police as the face of bikie reforms.  Kilian was still in high school w


Rising NRL star and former Rebels gang member Dan Kilian has been touted by police as the face of bikie reforms.

Kilian was still in high school when he began playing for the under-20s Gold Coast Titans in 2011, which he still describes as his favourite footy memory.

He signed a contract with the Newcastle Knights the following year before a battle with anxiety and depression saw him throw away his promising league career at the age of 19 – finding himself in jail within two years.

The former rugby league prodigy opened up about how he went off the rails and ended up behind bars after joining the Rebels bikie gang. 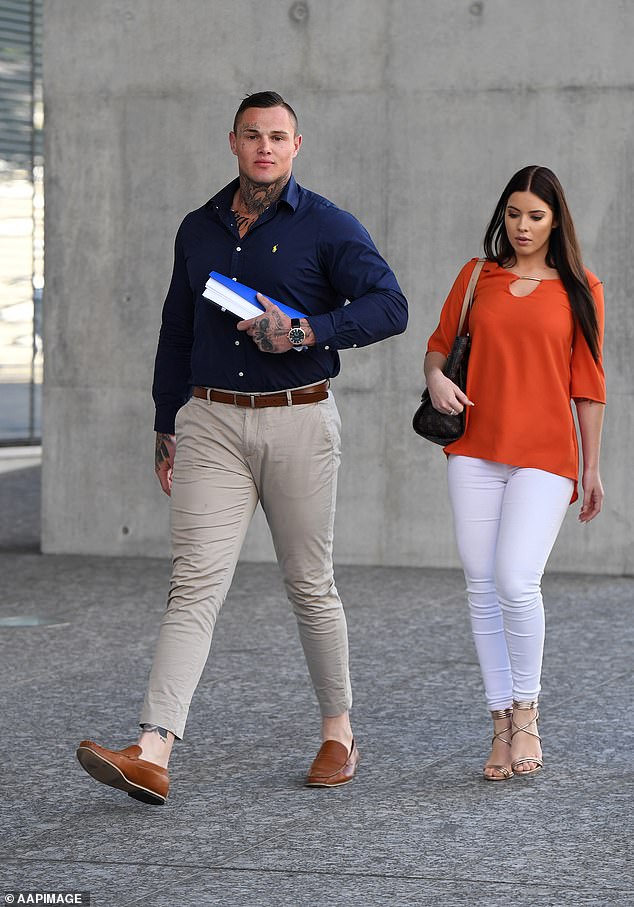 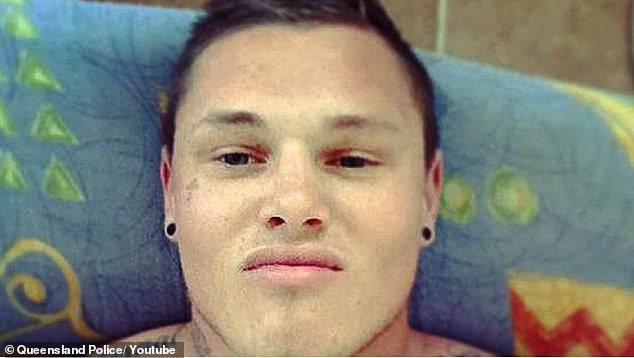 ‘There were some aspects that were enjoyable but that’s the whole glorification of the whole thing behind it.’

The 24-year-old starred in two ‘Gangs Exit’ episodes, produced by the Australian Federal Police and the Queensland Government.

Despite being touted as the face of the bikie reform program, Kilian was last month convicted of assault and strangulation offences against his ex-girlfriend, news.com.au reports.

A Queensland Police said it didn’t disclose Kilian’s legal matters in the video in a bid to protect the identity of the victim, who it liaised with throughout the production.

‘The whole intent of the Exit productions is to expose the risks and dangers of being involved in OMCGs and encourage people to seek help, including opening up the dialogue that needs to be happening about domestic violence in these gangs,’ a spokeswoman said.

QPS said the production featuring Kilian – which he wasn’t paid for – centres around his involvement in outlaw motorcycle gangs and ‘exposes subsequent challenges’.

‘These prevention videos are not about individuals being portrayed as society’s role models. Far from it, they are personal accounts about the impact of domestic violence, the impact of gang membership, the challenges of drugs, mental health and about the benefits of seeking professional help.’

Kilian is awaiting sentencing in the ACT Magistrates Court.

Kilian became involved with the Rebels at the age of 19 when he returned home to Coffs Harbour on the NSW mid north coast after walking away from the sport.

He pleaded guilty to drug trafficking in 2017 after being caught buying 10,000 MDMA tablets for $10 each.

Kilian sold the pills on, netting himself thousands of dollars in profit, some of which he spent on drugs.

‘I used drugs and alcohol to band-aid my depression, but all it did was spiral me out of control,’ Kilian recalled. 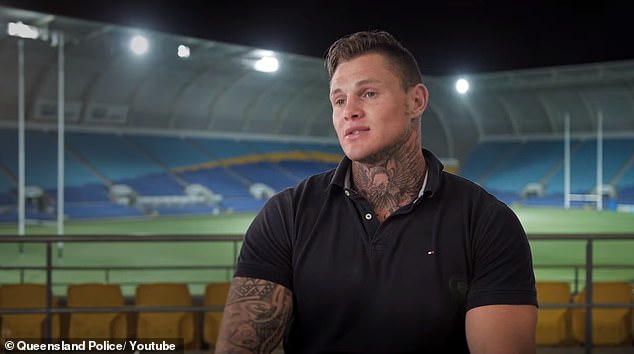 Dan Kilian (pictured) spent more than two years behind bars in his early 20s, which he described as a real eyeopener 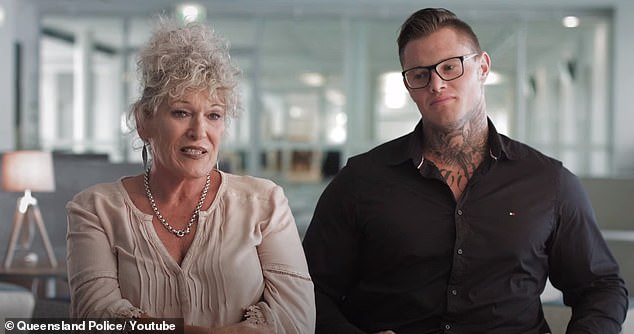 ‘I ran into a bloke at a pub, that I’ve realised was in the Rebels, we’d actually locked eyes and it was going to be a bit of a scuffle, but before you know it we were all back at the clubhouse that night on the p*ss and whatnot.

‘He said I’ve got a mate that runs a footy club up north, would you be interested and I just thought yes sure why not… never being in that realm of gangs before that I didn’t see that this guy was actually getting me up here for his own purpose.’ 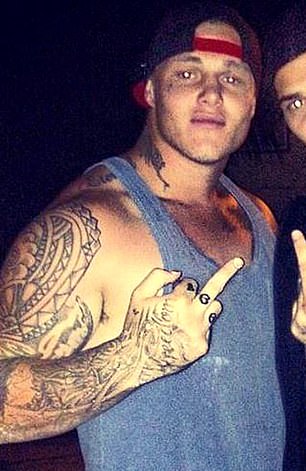 ‘It wasn’t pleasant, some things will stay with me forever,’ he said.

‘I went home and put my head in a pillow many times and thought, what have I done.’

‘When you hate yourself more, you learn to self-destruct more.’

Mr Kilian was eventually arrested in a dramatic bikie raid in 2014 and spent more than two years in prisons across New South Wales and Queensland.

‘Eighteen months in NSW jails at the age of 20 was a real eyeopener,’ he said.

‘It was harsh reality, coming from a place of opportunities to a place like that, you sit there and really really regret and think what the f*** have I done.’

‘It was massive, massive smack in the mouth.’

He used time in a Bathurst jail to better himself, spending time in the library and reading 150 books.

‘I then went to Queensland prison and did the same thing,’ he said.

‘I trained as much as I could, three, four, times a day, sometimes more.

‘I just got sick of feeling like sh*t. I got sick of my mental capacity having control over me … I’m still not perfect but I try to stay as mentally strong as I can.’

Kilian cut ties with the Rebels when he was released from jail and didn’t look back.

The end of the video shows Kilian one year on from filming, where he revealed getting his life back on track had been ‘challenging and tiring.’ 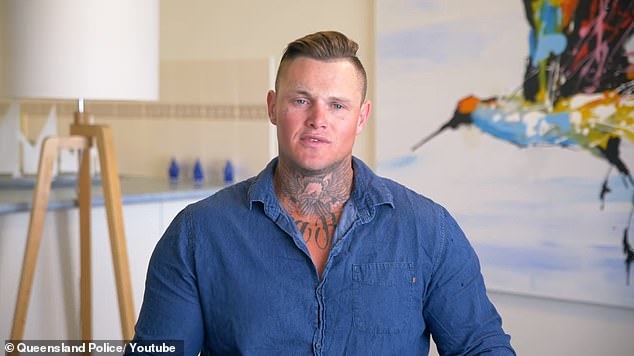 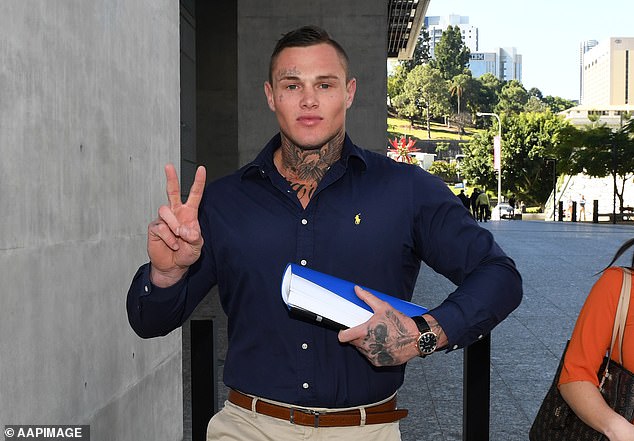 ‘Sometimes I feel like there’s a mountain in front of me but I’m determined not to give up because I realise there’s a purpose to leading a positive life without crime, depression, substance abuse and broken relationships,’ he explains.

‘In the 12 months since filming I’ve come face to face with many of my demons.’

‘I have withdrawn from my efforts of reform as I believed I could solve my problems on my own but I just kept knocking myself down and down and my mental health suffered because of it.’

‘Eventually I realised I was the demon within myself, denying myself the help I needed because I thought I knew best.’

Kilian has since accepted his internal battles and sought professional help.

‘I’m improving my relationships and once again, I’m feeling positive about the direction of my life,’ he said.

The video ends with Kilian urging others in a similar situation to never give up. 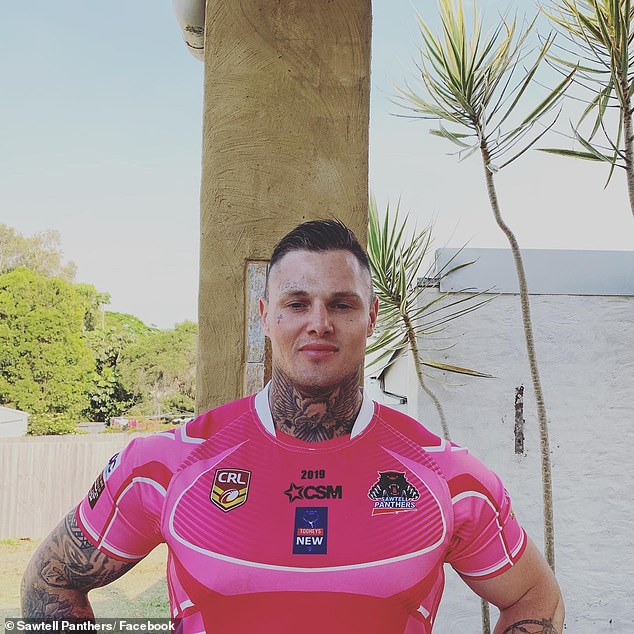 'There's nothing to be fearful of': Parents and activists are fighting to keep transgender girls in school sports 0