Rents by the beach have hit record highs as living costs in rich, inner-city areas have plunged by 16 per cent, new data shows.

Weekly rents soared to record highs on Sydney’s Northern Beaches, even during the pre-Christmas lockdown, as competition among tenants also intensified on Queensland’s Gold and Sunshine coasts, and the New South Wales Central Coast.

The reluctance of professionals to attend a city office each day has had the opposite effect on Sydney’s Lower North Shore, a wealthy area near the Harbour Bridge, with weekly unit rents plummeting by 16 per cent in one year, online property sales site Domain has revealed. 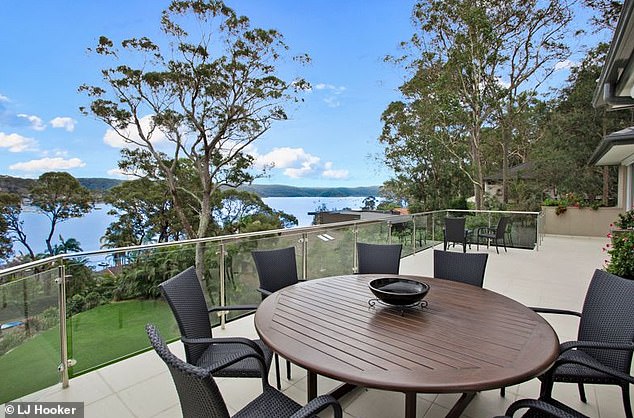 Weekly rents soared to record highs on Sydney’s Northern Beaches, even during the pre-Christmas lockdown. Pictured is a house at Palm Beach

Where apartment rents have plunged and soared

Sydney city and eastern suburbs: down 15.4 per cent

Sydney Inner West: down 10.5 per cent

Queensland Sunshine Coast: up 7.5 per cent

Across the harbour, unit rents in the city and the eastern suburbs slipped by an annual pace of 15.4 per cent to an eight-year low of $550 as the border closure kept out international students.

Conversely, weekly apartment rents in the neighbouring Northern Beaches last year rose by five per cent to a record-high $630.

This area of Sydney, stretching from Manly to Palm Beach, bucked a city-wide trend that saw rents in Australia’s biggest city fall by the steepest pace on record, with apartment leases back to 2013 levels.

House rents in this area climbed by a modest annual pace of 2.1 per cent to $990.

On the other side of Broken Bay, on the Central Coast, median house rents surged by seven per cent to a record-high $460.

That is still cheaper than greater Sydney’s mid-point weekly unit rent of $470.

As a result tenants, who can work from home, have increasingly moved an hour north of Sydney to lease a house with a backyard as an alternative to a cramped unit in the city. 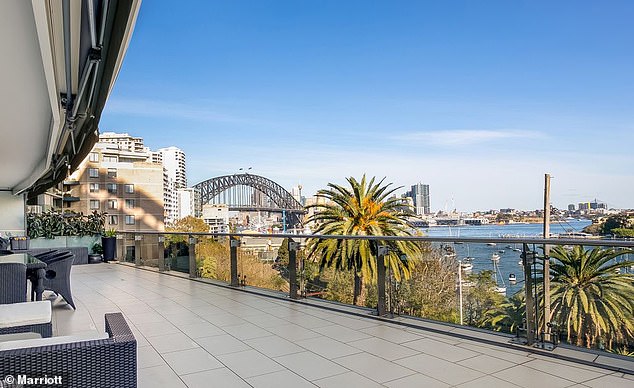 The reluctance of professionals to attend a city office each day has had the opposite effect on Sydney’s Lower North Shore, a wealthy area near the Harbour Bridge, with weekly unit rents plummeting by 16 per cent in one year, online property sales site Domain has revealed. Pictured is a view from Milsons Point

‘It is clear lifestyle locations are experiencing an increase in demand from local travellers and those working from home opt to relocate,’ she said.

Gold Coast house rents rose by annual pace 3.8 per cent to $540 while rents for equivalent properties on the Sunshine Coast rose six per cent to $530.

Units in this beach-side area north of Brisbane, stretching from Caloundra to Maroochydore and Noosa, surged by 7.5 per cent in one year to $430. 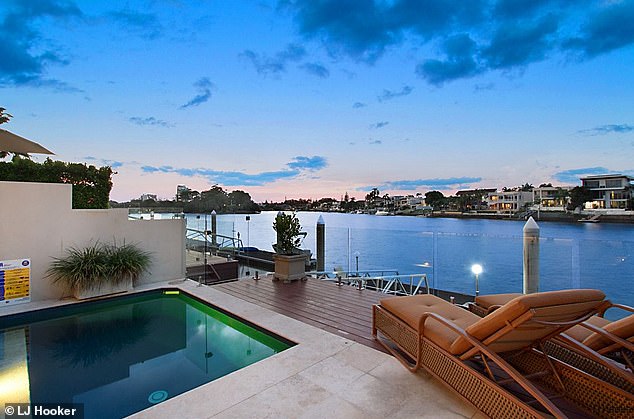 Domain senior research analyst Dr Nicola Powell said the ability for more people to be able to work from home saw house and unit rents soar to record highs on the Gold Coast. Pictured is the view from a Surfers Paradise canal house

When it came to apartment affordability across Australia, for the first time in five years, Melbourne in 2020 was the third most affordable capital city to rent a unit, with a median asking price of $388 compared with  $350 in Perth and $340 in Adelaide.

Canberra’s median house rent of $600 was the most expensive in Australia, as was the mid-point weekly unit cost of $495, proving that not all sought-after rental suburbs are near the beach.

Cal Thomas: Vindictive impeachment of Trump will turn him into a martyr in minds of his supporters

Four Albanians are charged with money laundering and drug trafficking

Cal Thomas: Vindictive impeachment of Trump will turn him into a martyr in minds of his supporters 0

Four Albanians are charged with money laundering and drug trafficking 0

Lunch: People who opt for unsatisfying cold food in a café are more likely to buy additional snacks 0

First blizzard of the season hits the Midwest 0