In wake of the recent decision to ease COVID-19 restrictions in California, some folks are returning to restaurants and shoppes.

And Reese Witherspoon happily took a break from home quarantine as she headed out to pick up a few items and grab lunch on Friday.

The Oscar-winning actress, 44, stopped by the Brentwood Country Mart, a shopping center that has become a tourist destination in recent years due to its celebrity clientele.

Scroll down to video 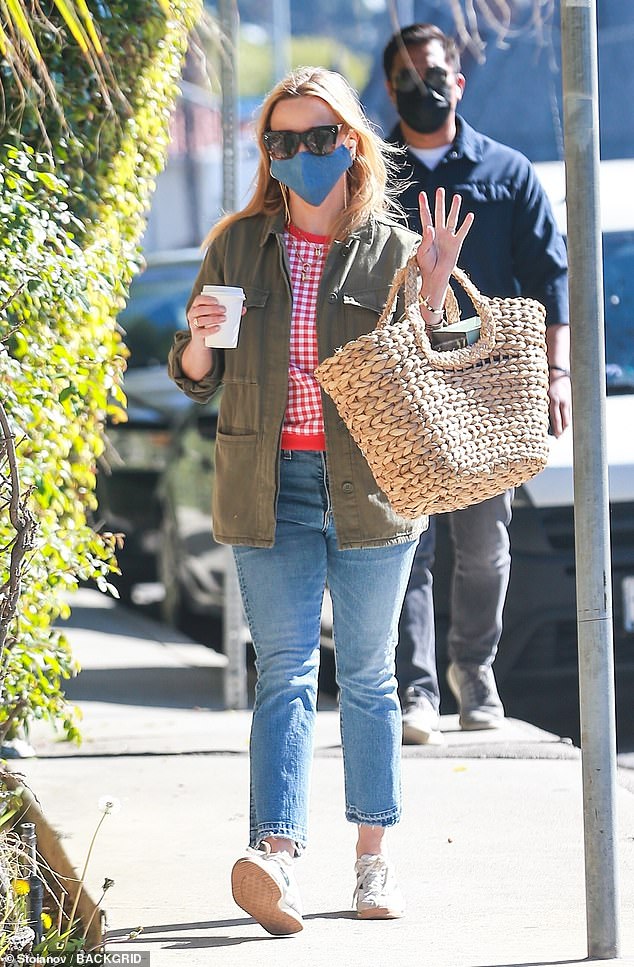 Out and about: Reese Witherspoon, 44, stepped out for lunch, and to pick up a few items, at the Brentwood Country Mart in Los Angeles on Friday

The Walk The Line star looked to be in her usual upbeat mood as she offered a friendly wave after chowing down on her lunch.

With the sun shining and the temperatures in the upper 60s Fahrenheit, the actress wore a military-green jacket over a red-and-white checkered shirt.

She also donned faded blue jeans, white sneakers, and a matching blue mask over her mouth and nose, amid the ongoing dangers of the coronavirus.

The mother of three also wore dark sunglasses and had her blonde tresses styled long and straight with a part in the middle. 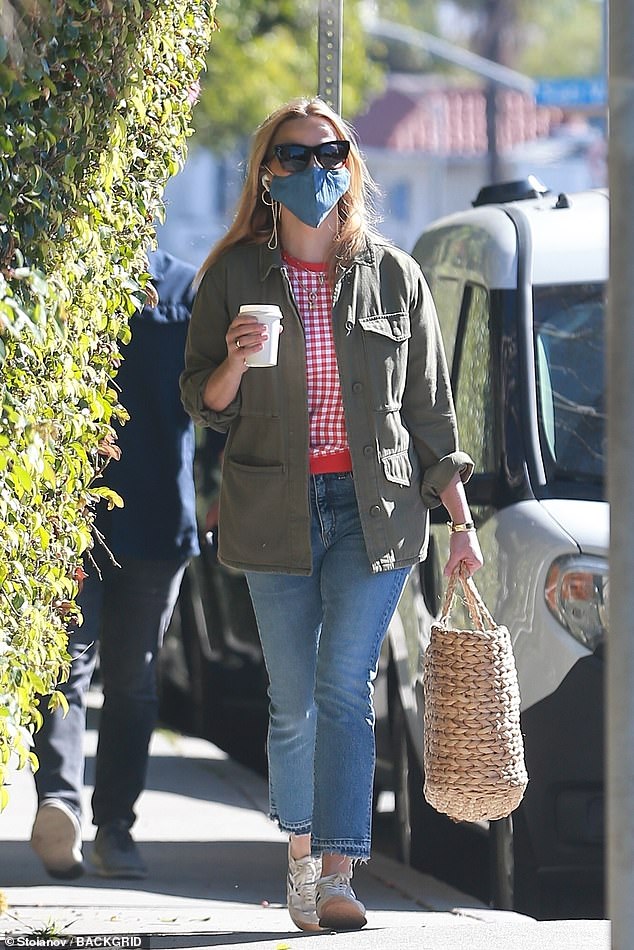 On the go: The Walk The Line star looked to be in her usual, upbeat and perky self when she dropped by the Brentwood Country Mart in Los Angeles 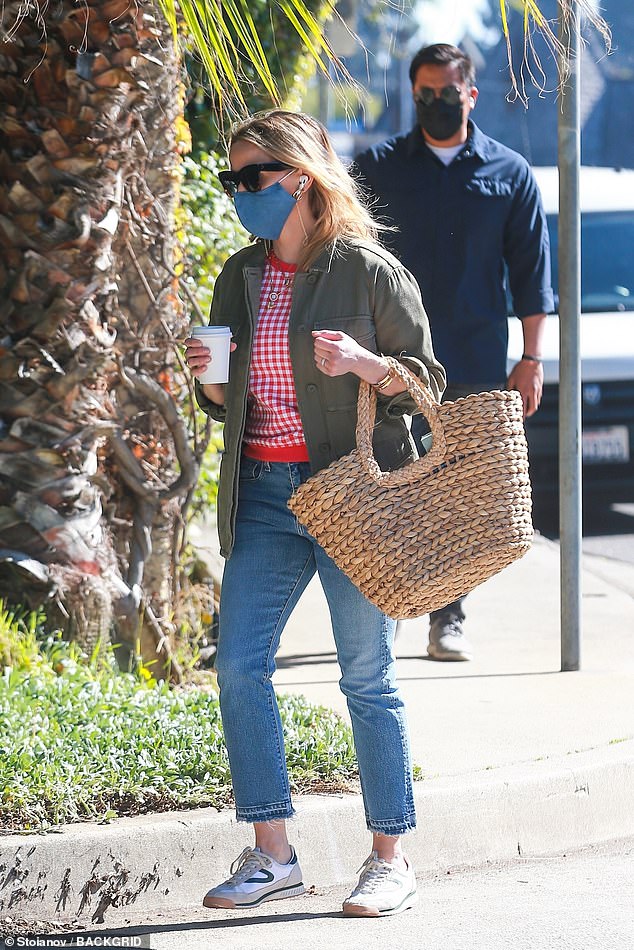 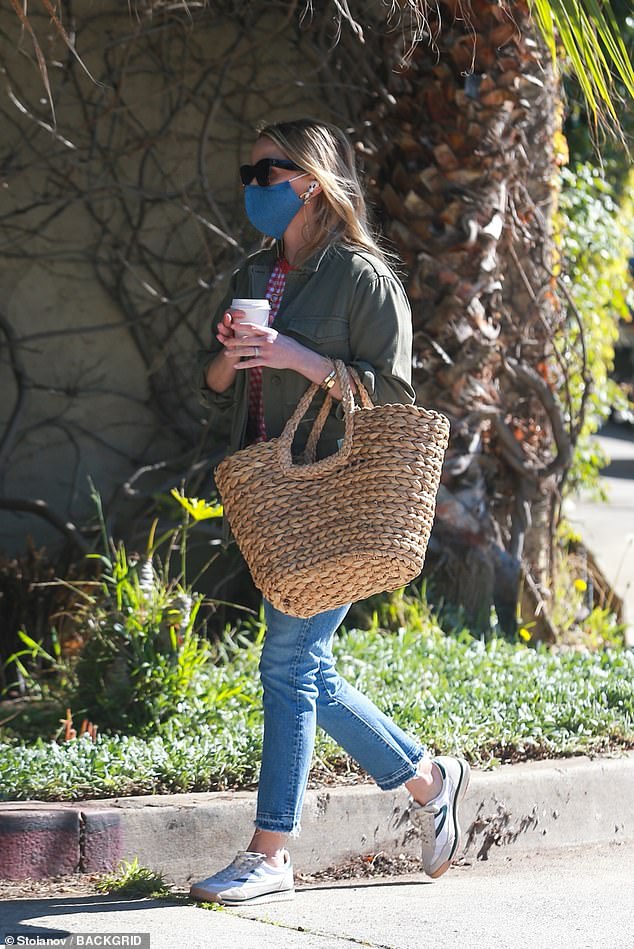 Safety first: The Louisiana native made sure to wear a mask over her mouth and nose amid the still dangerous COVID-19 pandemic

Witherspoon walked out of the establishment holding a coffee or tea to-go in her right hand and a bag filled with her new purchases over her left arm.

It’s looks like Witherspoon is on the hunt for her favorite foods and snacks for Super Bowl  Sunday this week.

Prior to hitting up the Brentwood Country Mart, Reese checked in with her 25 million fans and followers on Instagram to see what kind of menu they will be serving and eating during Super Bowl LV, which pits the Tampa Bay Buccaneers and Kansas City Chiefs. 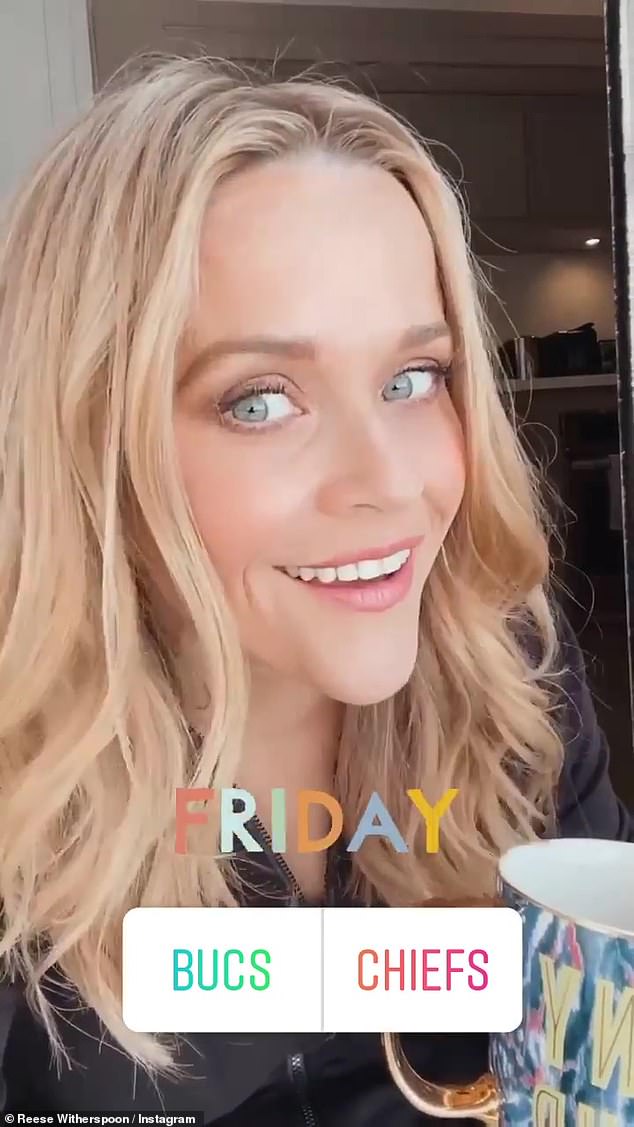 Super Sunday menu: Earlier in the morning, Witherspoon took to Instagram to check in with her 25 million fans and followers to see what kind of food they will be serving and eating during Super Bowl LV this coming Sunday 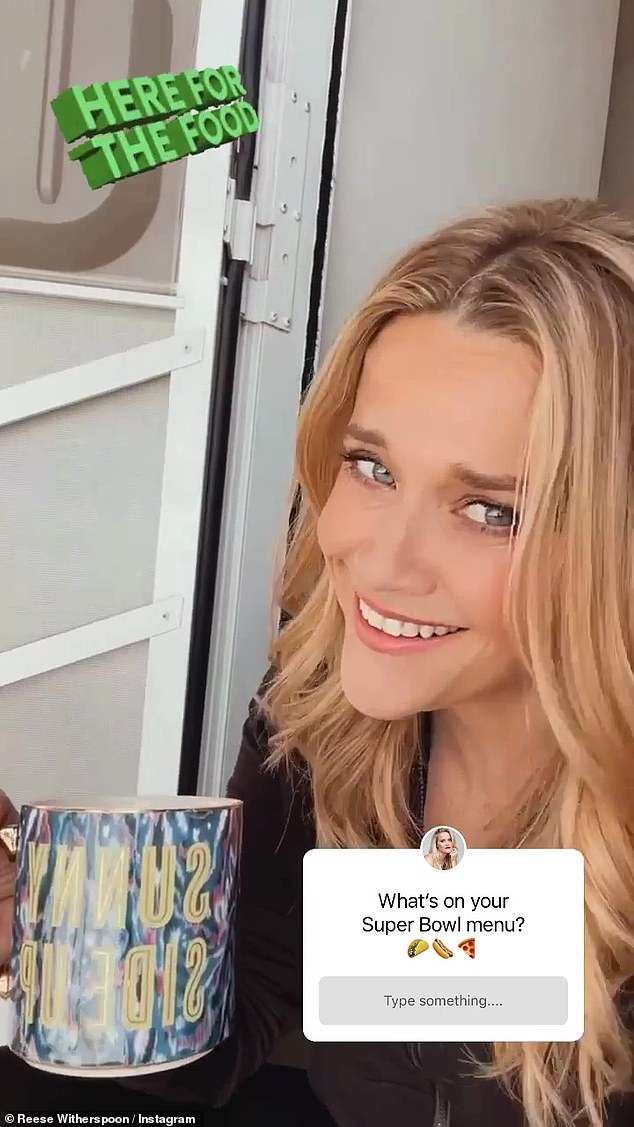 Buccaneers or Chiefs: The actress asked her fans and followers who they thought will win

‘A big Super Bowl weekend; so who’s going to win? Who do you think?’ she began in the first clip showing her holding a cup of coffee.

‘I don’t know about you guys, I love the Super Bowl but it’s really all about the snacks. Right?’ she followed up, before adding a few other items she likes to munch on during the big game: ‘So what are your snacks? I’m thinking nachos, enchiladas, and tacos.’

After pondering for a few seconds she revealed that ‘chips and guacamole’ are also a menu mainstay along with some sweet treats: ‘You got to have some cookies and brownies.’

She ended by revealing her go-to cocktail for Super Sunday. 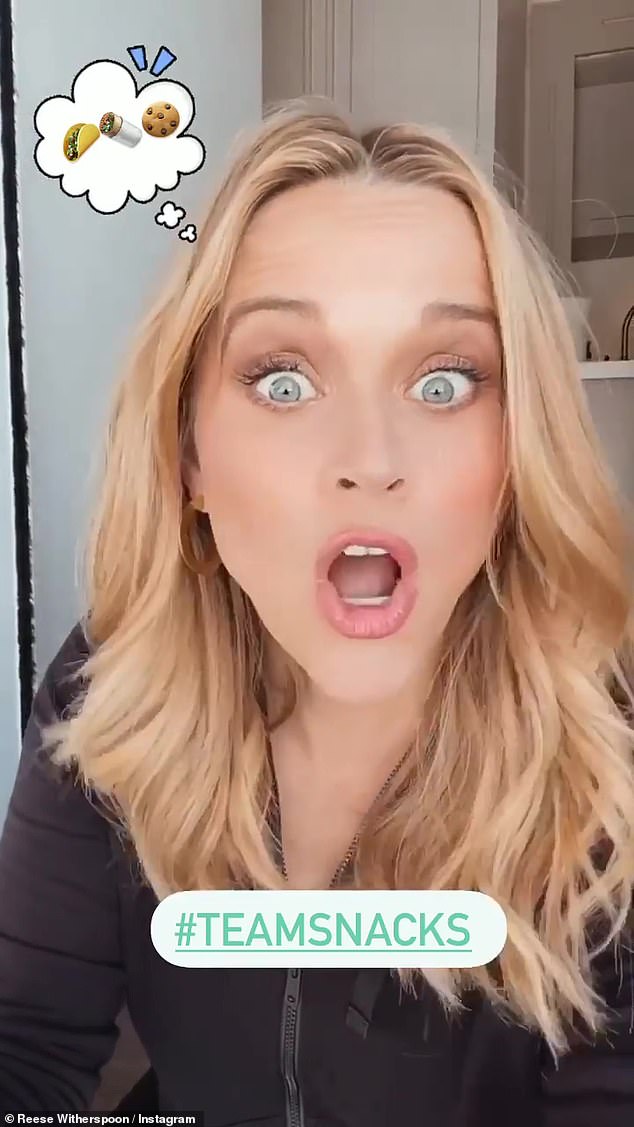 Go to items: The mother of three revealed ‘nachos, enchiladas and tacos’ are on her Super Bowl menu along with cookies and brownies 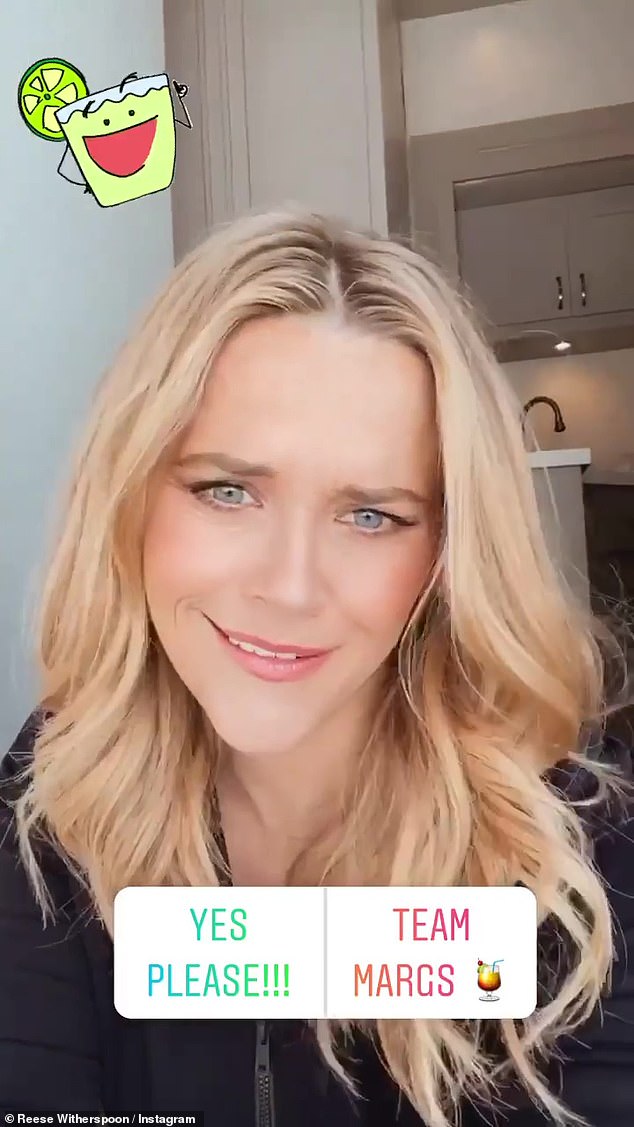 Super Bowl cocktails: Witherspoon ended the video by adding that ‘you got have a margarita’ on Super Bowl Sunday

'I'm only teasing': Biden jokes about running over reporters who ask about Israel as he test drives electric truck

'I'm only teasing': Biden jokes about running over reporters who ask about Israel as he test drives electric truck 0