Lawyers for the Queen lobbied ministers to alter a draft law so that her private wealth could be kept secret, newly-uncovered records have suggeste


Lawyers for the Queen lobbied ministers to alter a draft law so that her private wealth could be kept secret, newly-uncovered records have suggested.

Legislation was changed so that any ‘potentially embarrassing’ investments she held could be concealed from the public, it was alleged.

The incident, which happened almost 50 years ago during the premiership of Edward Heath but was unearthed by The Guardian last night, is one of the rare examples of behind-the-scenes political involvement from the monarchy.

Her Majesty’s lawyers are said to have pressed ministers into altering measures in a planned Companies Bill.

This would have allowed directors to demand that front companies holding their shares reveal the identities of the real owners of the shares. 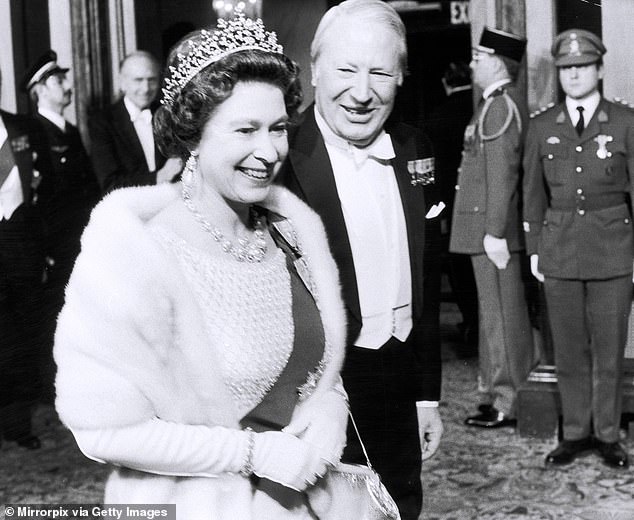 The Queen’s lawyers lobbied ministers to alter a draft law so that her private wealth could be kept secret, records have suggested. The incident happened almost 50 years ago during the premiership of Edward Heath (pictured with Queen)

Among those involved in altering the Bill, said to be in a bid to protect the Queen, was Geoffrey Howe, then trade and industry secretary and later chancellor and foreign secretary under Margaret Thatcher.

Howe, who died in 2015, approved a fix developed by the Bank of England and civil servants, which was sold to the public as a means of protecting the identities of foreign heads of states and governments investing in Britain.

He later wrote that he ‘discussed this solution with the legal advisers to the Queen’, who in turn said ‘they could not ask us to do more’.

The documents unearthed at the National Archives suggest there was alarm over the possibility that Her Majesty’s shareholdings might be exposed in November 1973 when the Companies Bill was in preparation.

According to a memo written by a civil servant, the approach to Heath’s government came through lawyer Matthew Farrer of the law firm Farrer Co.

The official noted: ‘He regards any disclosure of beneficial ownership of shares by the Crown, even if restricted to the directors of the company, as potentially embarrassing, because of the risk of leaks.’

This resulted in deep thinking at the Bank of England, followed by an alteration to the Bill which, it was said, would protect heads of state and foreign government interests from having to reveal their shareholdings.

The attempt to bring transparency to the City collapsed because Heath’s government ran into trouble and lost all its planned legislation when it called an election in February 1974. But it did go on to the statute book under Labour in 1976. 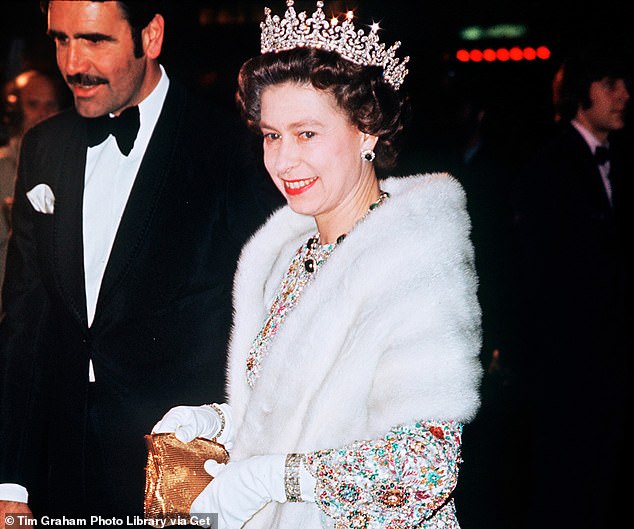 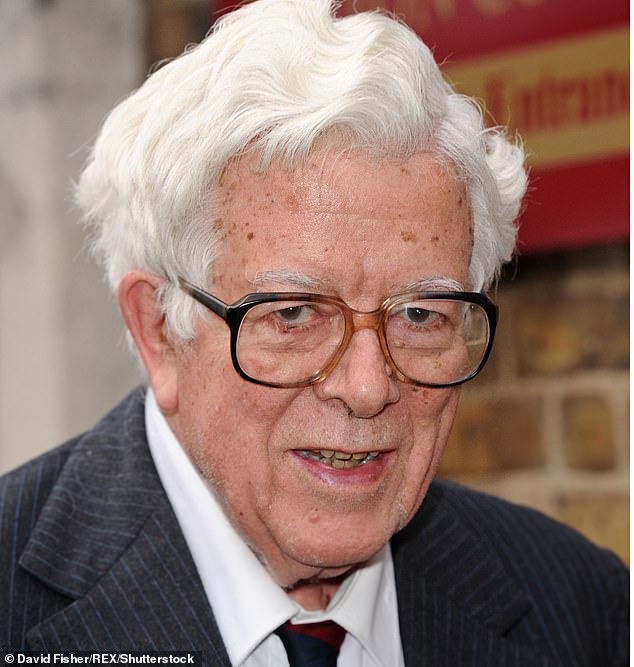 Geoffrey Howe, then trade and industry secretary and later chancellor and foreign secretary under Margaret Thatcher, was among those involved in altering the Bill

The documents suggest the Queen’s legal team was given advance sight of the Bill under the constitutional procedure known as Queen’s Consent, which requires the monarch to give approval when any new law affecting her powers or personal finances is brought forward.

A royal spokesman said: ‘Queen’s Consent is a parliamentary process, with the role of sovereign purely formal.

‘Consent is always granted by the monarch where requested by government. Any assertion that the sovereign has blocked legislation is simply incorrect.

‘Whether Queen’s Consent is required is decided by Parliament, independently from the Royal Household, in matters that would affect Crown interests.’

A conspiracy? On this evidence, it’s hardly compelling

By Richard Kay for The Daily Mail

For years, guessing how rich the Queen is has been a popular – if exasperating – parlour game.

On the one hand, she is famously frugal, keeping warm with a £30 electric heater and sticking to for decades the same brand of £7.99 nail varnish. On the other, fabulously wealthy, with a portfolio that spans works of art and jewels to wind farms and thoroughbred race horses.

But all the calculation added up to one thing: guesswork. The fact is the secrets of the Queen’s wealth are stringently opaque.

Once it was routine among compilers of those lists of the very wealthy to place the Queen as the richest woman in Britain, if not the world. 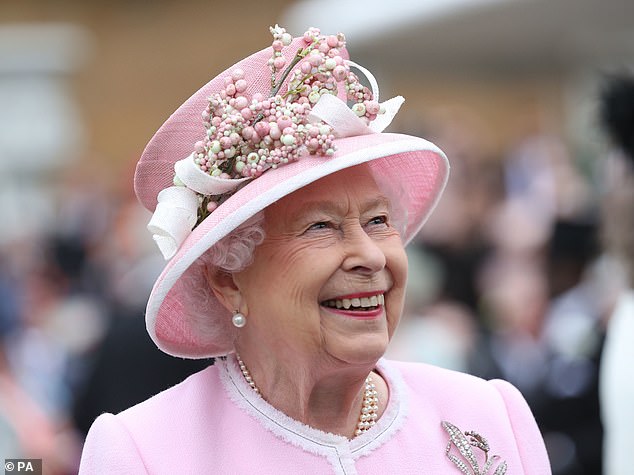 Once it was routine among compilers of those lists of the very wealthy to place the Queen as the richest woman in Britain, if not the world

Not any more: In the most recent Sunday Times Rich List of the 1,000 richest people in the country, she was sandwiched between hotelier Sir Rocco Forte and delivery firm tycoon Steve Parkin at a lowly 372, with a fortune estimated at £350million – down, incidentally, by £20million on the year before.

However, the details of her wealth – such as her investments and shareholdings – remain unknown.

So what should we make of claims from the Guardian, a newspaper with historically anti-monarchy views, that during the 1970s the Queen successfully lobbied the Government to change a draft law to conceal her ’embarrassing’ private wealth from the public?

It claimed she had used an arcane parliamentary procedure called ‘Queen’s Consent’ to discreetly influence the drawing-up of laws.

First of all, the revelation is not new. It surfaced at the time and, more than 30 years ago, the royal biographer Andrew Morton revealed how shares thought to be owned by the Queen had been transferred into a shell company called Bank of England Nominees, which drew a veil of secrecy over her investments and stock market activity.

One justification for such a move to hide her shares portfolio was that public knowledge about where the Queen invested her money might influence the market. While undoubtedly convenient in shielding the Queen’s finances, it also seems plausible. 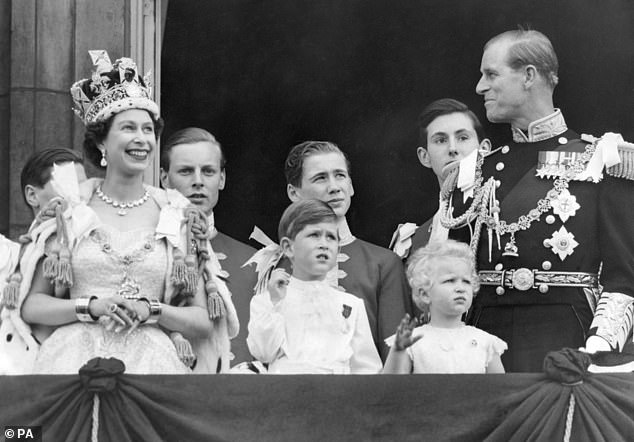 The Queen, the Duke of Edinburgh and the Royal Family on the balcony at Buckingham Palace after her coronation at Westminster Abbey

Consider too the firms who might benefit from royal investments. Were they to be identified, it could strategically and commercially disadvantage them because of the increase in public scrutiny that would become inevitable.

This could be particularly relevant in a new company, say one involved in cutting-edge technology, as such disclosures could benefit rivals. As one City figure says: ‘It might drive up a company’s share price, but it might also drive it down.’

Of course, the question can fairly be asked why the Queen’s subjects need to know anyway about her private means, which are quite separate from the government funds intended to pay for her expenses as Head of State.

But there has been public fascination in the monarchy’s wealth since the days of the profligate King George III who was so much in debt he handed income from Crown land to the government in exchange for a Civil List, an annual payment which Parliament had to approve and which existed for 250 years.

The distinction of the Queen’s official wealth and her private fortune has not always been clear.

For example, although the estates of Balmoral and Sandringham – acquired in Victoria’s reign – are said to be the Queen’s private property, there have been claims over the years from historians that Victoria and Prince Albert acquired them at least partly with money diverted from the Civil List.

In which case, would the state have a claim on them?

What is intriguing about the revelations, unearthed in the National Archives, is how the Queen’s then-personal lawyer Matthew Farrer visited civil servants to discuss the implications of proposed legislation before it was signed into law.

But there is one important factor here. For when the Companies Bill finally made it on to the statute book, it did not change the status quo of the Queen’s private investments: It simply maintained it.

All the same, it does lift the veil on the silky workings of the Palace and the curious relationship between Parliament and monarchy.

But does this reveal some hidden conspiracy between Government and sovereign to protect her private wealth? On the evidence supplied by the Guardian, it is hardly compelling.

Loading...
Newer Post
Biden’s ban on oil and gas leases on federal lands a 'direct attack' on Wyoming, says governor
Older Post
Data suggests AstraZeneca's COVID vaccine may not protect against South African variant. What else is there to know about the new strain?

Why our world would end if living room decors disappeared 0

Pancreatic cancer symptoms: Indigestion may warn of the deadly disease 0