A mum has been accused of racism after posting a tweet congratulating her son on becoming the second Australian man to run the 100 metres in under 10 seconds.

Liz Jackson’s 23-year-old son Rohan Browning ran a wind-assisted time of 9.96 seconds in the famed event at the Illawarra Track Challenge on Saturday.

Browning’s time was the fourth fastest in Australian history, with the top three finishes recorded by Indigenous sprinter Patrick Johnson.

‘I think my eldest son just became the first non-Indigenous Australian to run 100m in under 10 secs. Can’t quite believe it,’ Ms Jackson posted following her son’s race. 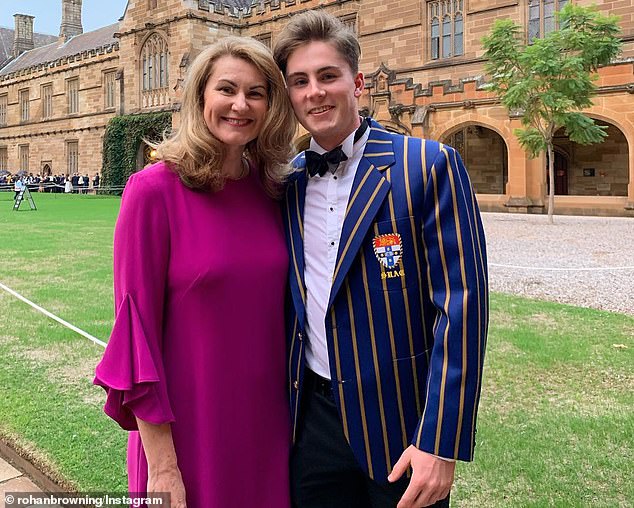 Liz Jackson, the mother of 23-year-old Australian sprinter Rohan Browning, was accused of racism after posting a tweet congratulating him running the 100 metres in under 10 seconds 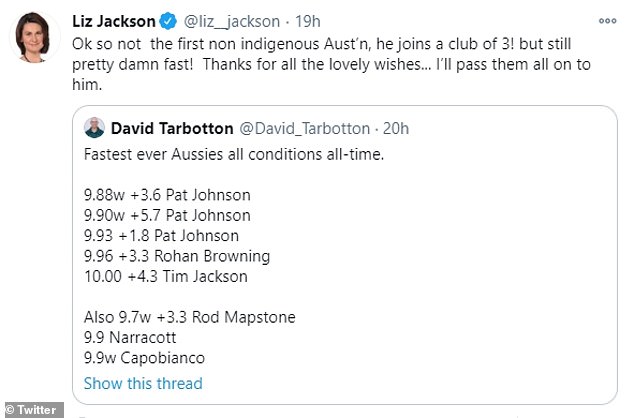 Ms Jackson took to Twitter to share news of her son’s time on Saturday, first saying she believed he was the ‘first non-Indigenous Australian to run 100 metres in under 10 seconds’

A series of congratulatory messages quickly followed before a fierce debate erupted as to whether the wording of the post was racist.

‘This is a really racist tweet,’ one person replied.

‘Please correct this and apologise for putting this out there and please, please learn from your mistake and why this is so harmful.’

Ms Jackson defended her wording of the tweet, saying it was far from being racist.

‘Not racist at all. In fact quite the opposite. This tweet was an acknowledgement of just how good our Indigenous athletes are,’ Ms Jackson responded.

But many disagreed with Ms Jackson.

‘This could be conceived as racist,’ another reply read.

One person wrote: ‘What does this even mean? That the Indigenous runners don’t count, and he is really the first?’ 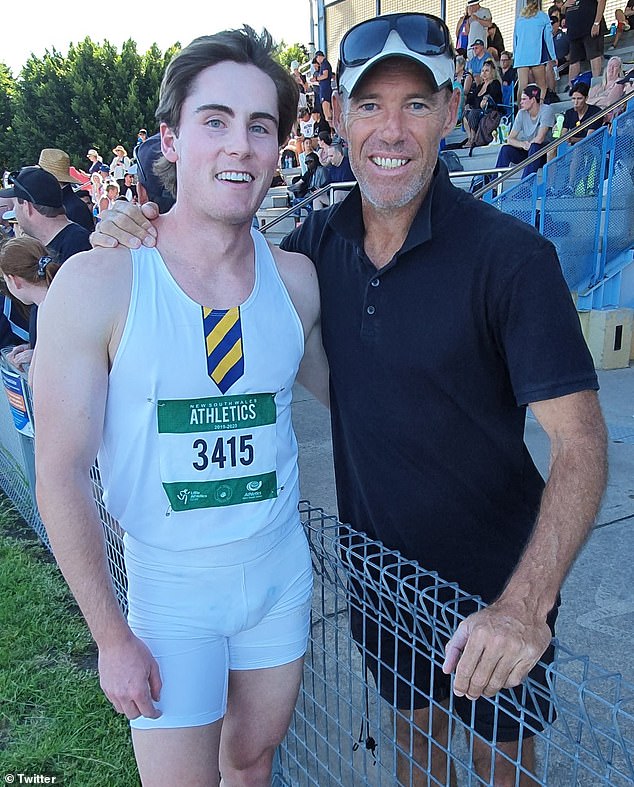 Browning, pictured with coach Andrew Murphy, ran a wind-assisted time of 9.96 seconds in the 100 metres at the Illawarra Track Challenge on Saturday

Ms Jackson was accused of writing ‘a really racist tweet’ but she defended the wording used, saying the tweet was ‘not racist at all. In fact quite the opposite’

‘Don’t really know why it matters about race. Good effort, just feels a bit… off,’ was another person’s response.

Said one respondent: ‘Read: if we don’t include the “other” Australians he’s the best. Why not accept them all as Australians, why do they have to be categorised?’

‘Anyone who is complaining about this tweet just doesn’t get it,’ a response defending the tweet read.

‘No white Australians (and not many white guys full stop) have run sub 10 anywhere. It is saying the achievement is rare. It is not taking away from the absolute superstar that is PJ/other Indigenous athletes.’

Others believed the tweet was in fact celebrating the success of Indigenous athletes. 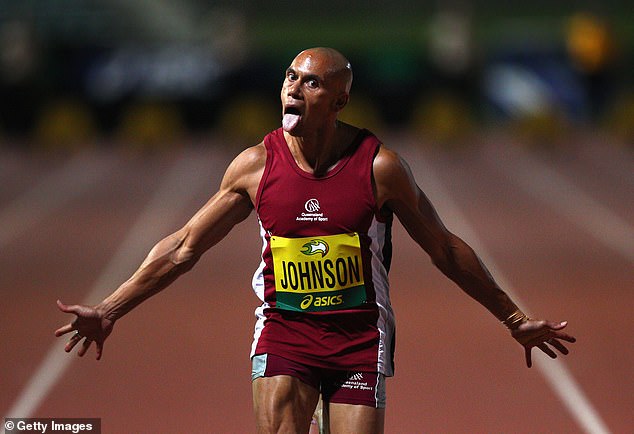 ‘I think, if anything, it is acknowledging how good Indigenous athletes actually are,’ one person wrote.

Ms Jackson again used the wording after becoming aware other non-Indigenous Australians had run the 100 metres in under 10 seconds.

‘OK so not the first non-Indigenous (Australian), he joins a club of three. But still pretty damn fast. Thanks for all the lovely wishes… I’ll pass them all onto him,’ she wrote.

Former Australian athlete Tamsyn Lewis Manou also replied to the tweet, uploading a screenshot of Johnson’s Wikipedia page where it mentioned he was the first man of non-African descent to break the 10 second barrier.

‘There is a fascination with time barriers in the 100m. Always has been,’ Lewis Manou wrote.

‘It was big news (Johnson) breaking the 10 second barrier and being first non-African to do so. 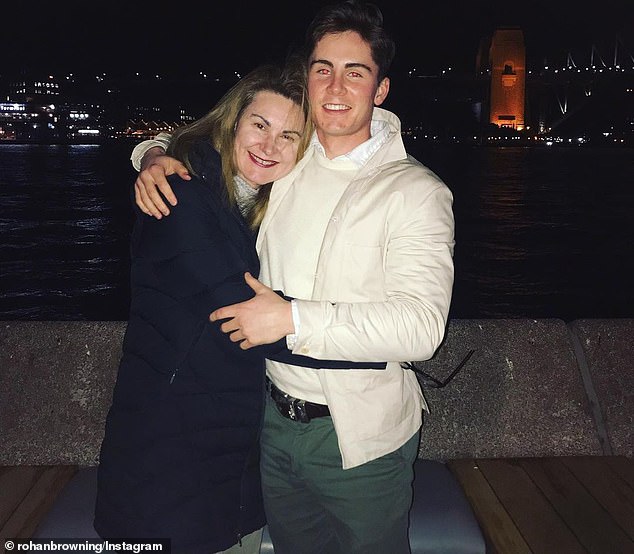 ‘Tipping (Johnson) will love too see Rohan following his lead.’

Browning, who represented Australia at the Commonwealth Games in 2018, has his sights set on the Tokyo Olympics.

In 2019, he became the first Australian in more than a decade to compete in the 100 metres at the World Championships.

Loading...
Newer Post
How Liverpool players' transfer values have changed since summer – Jota up £12m
Older Post
Covid vaccine scams are on the rise in the UK, don't trust these fake text messages

Analysis: The play-in is coming, and it's giving teams hope

Analysis: The play-in is coming, and it's giving teams hope 0