A second suspect has been arrested in the overdose death of celebrated Cipriani Dolci chef Andrea Zamperoni, whose body was found in a trash can in

Siblings, 43 and 38, are charged with duping hundreds of victims out of $6 million in scams
US Olympic gold medalist swimmer Klete Keller charged with participating in Capitol riot
Two cheerleaders Netflix Cheer charged with sexual misconduct with minors after Jerry Harris arrest


A second suspect has been arrested in the overdose death of celebrated Cipriani Dolci chef Andrea Zamperoni, whose body was found in a trash can inside a rundown Queens motel in 2019.

Leslie Lescano, 44, also known as ‘Kenny Ween’ and ‘Ken Ween,’ was arrested on Monday and charged with conspiring to distribute a controlled substance, which carries a maximum sentence of 20 years in prison.

Lescano is the ex-boyfriend of sex worker Angelina Barini, 42, who was arrested in 2019 in connection to the drug overdose deaths of Zamperoni and two other men between July 4 and August 21 of that year. 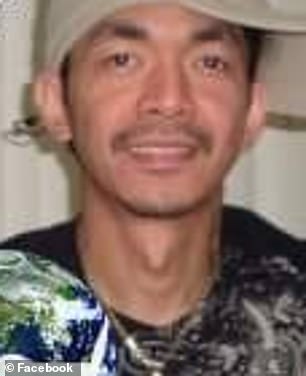 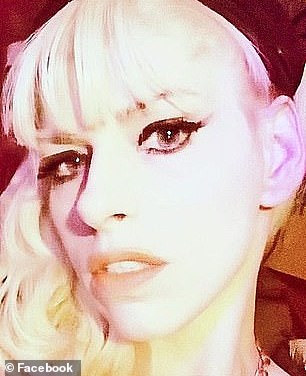 Leslie Lescano, 44, also known as ‘Ken Ween’ (left), has been charged with conspiring with his prostitute ex-girlfriend, Angelina Barini (right), to distribute a controlled substance in connection to a chef’s 2019 death 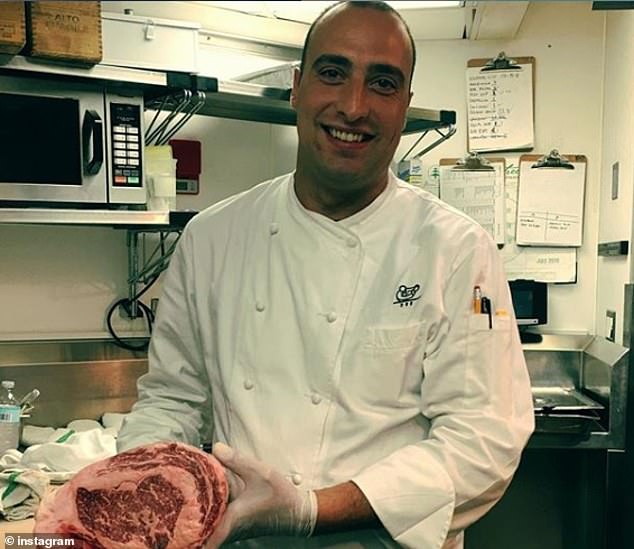 Andrea Zamperoni, 33, the Italian-born head chef at Cipriani Dolci, disappeared on August 18 and was found dead four days later in a motel room in Queens

According to a criminal complaint, Lescano teamed up with Barini to lure Zamperoni to the seedy Kamway Lodge motel in Queens, incapacitate him with a date-rape drug and rob him.

After the chef’s death, Lescano allegedly used his bank card and helped his ex-girlfriend dispose of the victim’s body, which was found upside down in a garbage receptacle.

Zamperoni, 33, had been missing for four days before his body was discovered by police in the corner of Barini’s motel room.

According to the complaint, it all started on August 16, 2019, when Barini sent a series of typo-ridden messages to Lescano on Facebook, beginning with: ‘I got a biznes opratunady for ya…I cute to the chase then i am willing to pay for ur servces [sic] … Are u with it?’ 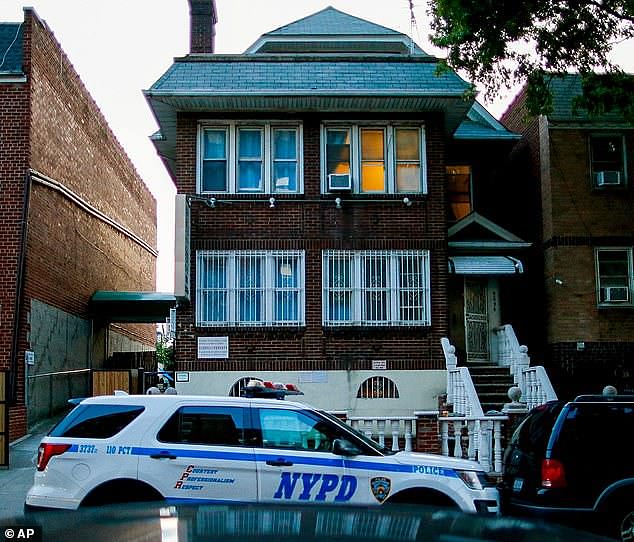 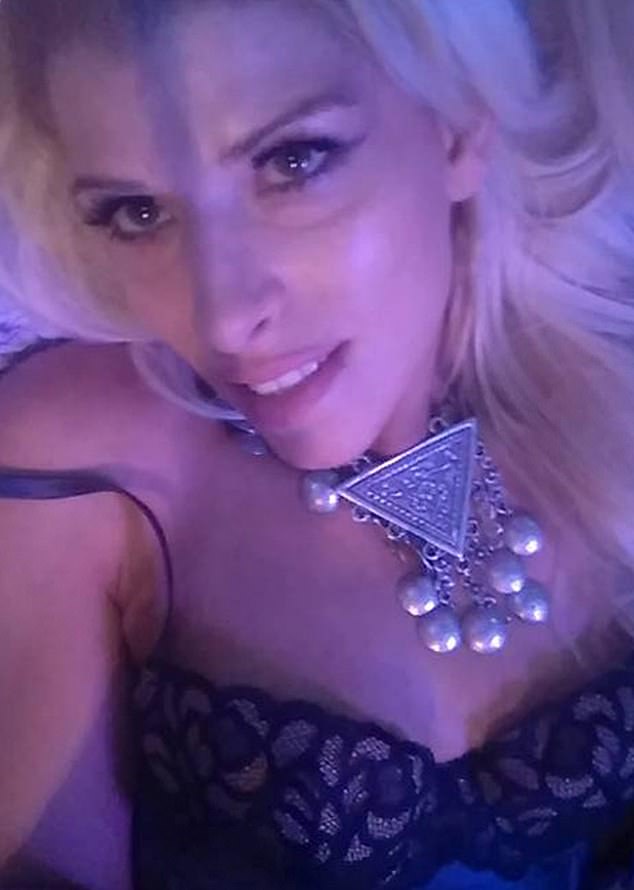 Barini is suspected of slipping a date rape drug into the victim’s drink, after which he fell unconscious and died

Lescano replied, ‘Yes my queen,’ wrote a special agent with the US Department of Homeland Security in the complaint.

As part of the their plan, Lescano booked a room at Kemway Lodge, and on the morning of August 18 Barini brought Zamperoni to the motel, ostensibly to have sex with him in exchange for money.

According to their Facebook exchanges cited in the complaint, Barini sent Lescano a message, telling him to hide in the bathroom.

Lescano emerged from the room 15 minutes later. He would later tell investigators that he found Zamperoni lying unconscious on the floor, according to the complaint. 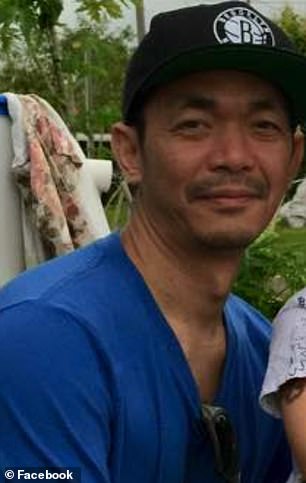 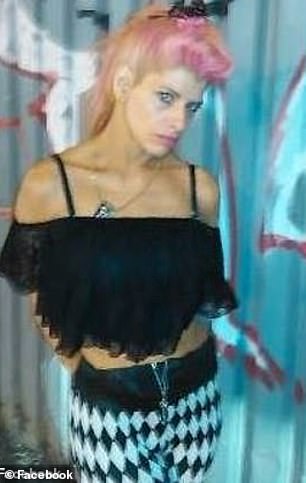 Lescano (left) was allegedly hiding in the bathroom while Barini was drugging Zamperoni. He later took the victim’s credit card and went to buy toiletries and food for her 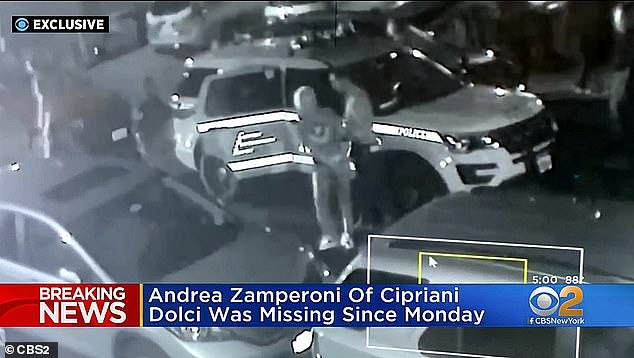 Barini then allegedly handed Lescano the victim’s American Express bank card and asked him to go to a pharmacy to pick up gifts cards and toiletries for her, including shampoo and body wash.

She also allegedly instructed him to get her cheese, cold cuts and cigarettes, which Lescano purchased at a deli using the victim’s bank card, the complaint states.

He left all the items in a white plastic bag on a bench next to Barini’s room and left.

But Barini later summoned him back, asking him in a message to bring blankets and sheets. At 1.30pm that day, the sex worker was caught on video exiting the room and going into an alleyway to retrieve a garbage can, which she dragged inside.

Early the next morning, Barini reached out to multiple people on Facebook, asking to borrow a hand truck.

At around 8.30pm on August 21, police investigating Zamperoni’s disappearance arrived at the motel in Elmhurst. Barini opened the door but then quickly shut it.

‘Shortly afterwards, Barini reopened the door, at which point law enforcement authorities smelled a strong odor consistent with the smell of a dead body and burning incense,’ the complaint states. ‘In the corner of the room, law enforcement authorities noticed what appeared to be a garbage can with bed linens stuffed inside and what appeared to be a bare human foot sticking out of the linens.’

A search of the room turned up Zamperoni’s American Express card and electronic devices, as well as ‘a glass containing a purple liquid with powder at the top of the liquid and around the rim, glass pipes commonly used for smoking narcotics, bottles of bleach and bleach-covered towels, electronics, a saw and an empty suitcase.’

The liquid subsequently tested positive for GBL, which is commonly known as a ‘date rape’ drug.

Zamperoni had been reported missing by his colleagues when he failed to show for work at the upscale restaurant. The chef, who is originally from Italy, had also missed his weekly call with his mother 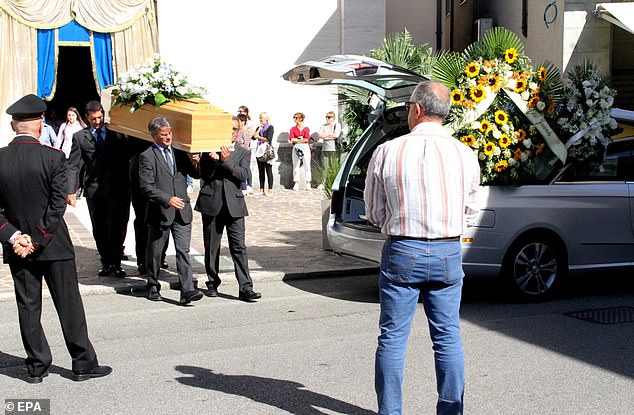 Zamperoni’s coffin is seen being carried during his funeral in Casalpusterlengo, Italy, in September 2019

During an interview with investigators, Lescano allegedly admitted to booking the motel room for Barini, hiding in the bathroom during her encounter with Zamperoni, and later finding him ‘sleeping’ on the floor.

‘Lescano further asserted…that he believed that Barini gave the victim something to drink that would make him fall asleep because Barini had done that before to other men,’ reads the complaint. 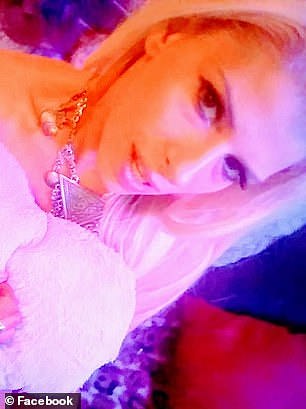 Authorities previously said that Barini blamed everything on an unnamed pimp. She allegedly said her pimp told her not to call authorities despite Zamperoni bleeding from his nose and mouth.

She also allegedly claimed her pimp would not let her alert police. Barini said other men came to the room to speak about whether they should cut up the body.

Barini is also linked to the deaths of two other men, including one found dead at the Airway Inn at LaGuardia on July 4 and the July 11, 2019, death of a man at the Crown Motor Inn in Woodside.

Authorities said surveillance video showed her with the two other men at the respective hotels.

Loading...
Newer Post
'Seek help:' Tomi Lahren goes after columnist complaining about pro-Trump neighbors who shoveled her snow
Older Post
You can get an exclusive discount on the cult-loved Always Pan right now—here's how