'What you do is an integral part of people's lives': Priyanka Chopra leaves The One Show viewers in hysterics when she mistakenly beli


‘What you do is an integral part of people’s lives’: Priyanka Chopra leaves The One Show viewers in hysterics when she mistakenly believes Alan Carr is an interior designer (and he’s too polite to correct her)

He is the presenter of BBC Two show, Interior Home Masters With Alan Carr.

But Hollywood actress Priyanka Chopra, 38, mistakenly believed Alan is an actual interior designer during an interview on The One Show on Tuesday.

Chatty Man host Alan, 44, (and anyone else for that matter, was too polite to correct her), causing viewers to e in hysterics over the awkward TV moment. 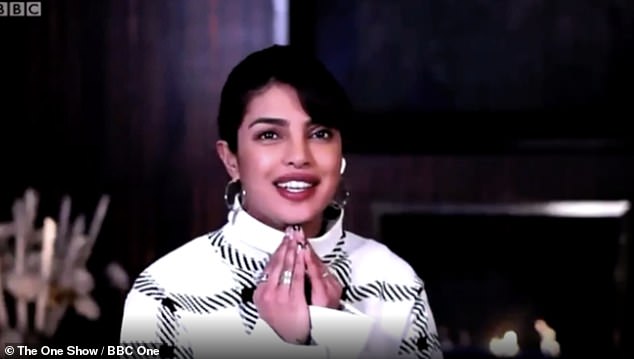 ‘What you do is an integral part of people’s lives’: Priyanka Chopra left The One Show viewers in hysterics on Tuesday when she mistakenly believed TV host Alan Carr is an interior designer

Host Alex Jones told the actress via video link: ‘Priyanka, Alan here, is on a show which is all about interior design. I mean he’s as surprised as anyone.’

Priyanka said: ‘Hi Alan. Let me tell you, we just finished up doing our house, just now in LA. (She lives with husband Nick Jonas).’

As Alan started to try and suppress a giggle, she continued: ‘It was the first time in about 15 years, that I’ve spent time picking colours and cushions and investing in my corners.

‘So I think what you do is such an integral part of most people’s lives. So thank you, really.’ 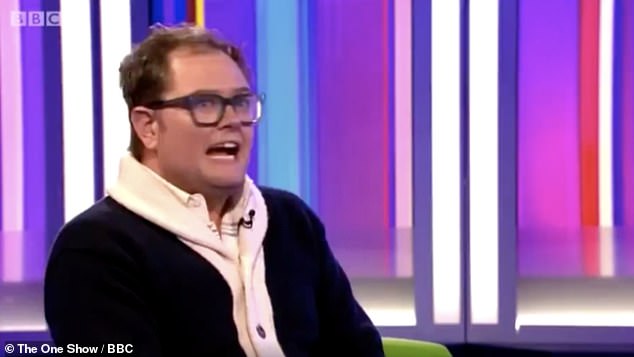 Oh no! Alan’s face was a picture when he realised what was happening, but he was too polite to say anything

As Priyanka speaks, Alan’s face is a picture as he wonders whether or not to tell her he is a famous television presenter.

Viewers wrote: ‘Priyanka Chopra thinking Alan Carr is an interior designer and Alan being too polite to correct her is top tier One Show.’

‘Yeah no. Alan Carr is not an interior designer by any stretch.’

‘Cackling’: A host of viewers took to Twitter after watching the show to comment on the hilarious moment

‘What time tonight are we clapping for all key interior designers, such as Alan here?’

‘Priyanka Chopra is so beyond beautiful, Alan Carr doesn’t even correct her.’

‘Priyanka Chopra praising and thanking Alan Carr for all he does in the world on interior design.’

Alan’s show sees 10 interior designers against each other for the chance to win a contract to decorate a luxury hotel in the Lake District.

The first episode saw Judge Michelle Ogundehin, former editor of Elle Decoration magazine, joined by guest Laurence Llewelyn-Bowen as they set the designers the task of transforming million-pound show homes in Oxford on a budget.

Arkansas Gov. Hutchinson signs law placing ban on abortions except to save lives of mothers 0