LOVE Island star Paige Thorne was forced to ditch her job as a paramedic for fear of a “backlash” towards the NHS. The Swansea-born

LOVE Island star Paige Thorne was forced to ditch her job as a paramedic for fear of a “backlash” towards the NHS.

The Swansea-born star, 24, told how she was left “devastated” when she was forced to resign, after trying “every” other avenue to keep her role.

Paige, 24, told the Girls Know Nothing podcast NHS bosses feared the ‘backlash’ of her job were left open during her time on the show[/caption]

Paige, who is happily loved up with Adam Collard, told the Girls Know Nothing podcast of her huge dilemma which hinged on her decision to enter the Love Island villa.

She said: “When I did tell work I needed the time off to go in [to the villa], my manager was so supportive and she 100 per cent backed me every step of the way.

“But the only thing was, I tried all ways to keep my job and do Love Island at the same time.

“Obviously, it’s a once in a lifetime opportunity, apart from for Adam Collard, but he’s not doing it a third time. 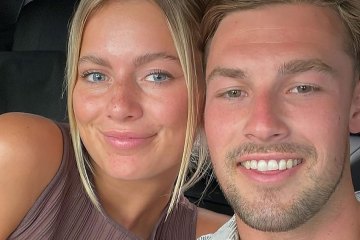 ‘tears in my eyes’ 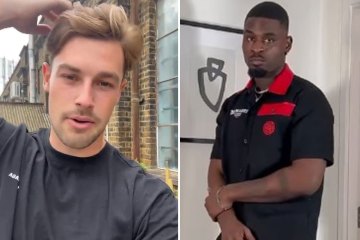 BOYS ARE BACK IN TOWN

“I said to my manager ‘It’s a massive opportunity, is there any way I can do it?’ I tried taking annual leave, unpaid leave, a career break, I tried every single avenue possible to keep my job as well as do Love Island, but, unfortunately, because paramedics and the ambulance service and the NHS in general get such bad backlash about waiting times and being understaffed and all of this, I think, from a management perspective, they were like, ‘Yes, we want to fully support you.’

“I think they couldn’t risk me going in not knowing me as a person, obviously higher up they don’t know me as an individual employee.

“Which I totally understand. So the only option I had was to resign, which I was devastated about.”


Anne Heche's cause of death revealed after actress died aged 53

Yet she told how the situation has now actually worked to her favour.

Paige added: “I’m glad I did it, because it was in the terms that when I come out as long as everything has gone OK that I can go back to it and have a conversation about getting my job back as a Bank Paramedic, which works great for me anyway.

“Basically, being on a Bank contract means I can pick and choose when I work my shifts and what would work for me.

“So having a Bank contract means I can have the best of both worlds.“

The switch up in contracts seems to have already fitted in well to Paige’s routine, with her recently spotted back at work.

Wearing a low-cut bralette and white shirt, the reality TV star could be seen smiling for the camera before showing her colleagues.

Dressed in their paramedics uniforms, the group pulled faces as Paige filmed round the office of what appeared to be her boss.

Paige captioned her video with a series of green hearts as she appeared back at work for the first time since the show.

Last week, Paige revealed she would be making a return to her day job as a paramedic after her time on the matchmaking series.

The Welsh star was adamant she wanted to return to the profession she “loves” – and will juggle her work with new career opportunities.

Talking on Lorraine last week, Paige, who was holding hands with her man Adam, 27, on the sofa, addressed her next steps.

She told stand-in host Ranvir Singh: “I’ve got meetings to go back to being a paramedic next week.

“I saw an ambulance with sirens on recently and I seriously had FOMO (fear of missing out).

“So I am going to go back into that and do a little bit of some other opportunities.”

Love Island 2022: Meet the islanders in the final

Read all the latest Love Island news, gossip and exclusives

Proving supportive of Paige’s choice, Adam added: “I think people will be surprised about how much she spoke about that in the villa.”

Ranvir suggested some telly fans may have been “surprised” by her choice, to which Paige replied: “I genuinely love my job. Why wouldn’t I go back to it? I will do other things alongside.”

Who is Amouranth and what is her net worth?

Who is Amouranth and what is her net worth? 0

Charles Crooks’ dad says he ‘can’t imagine’ what happened after son, 23, ‘jumped from plane without parachute’ 0