OWN TV host Dr. Laura Berman reveals her son Samuel has died aged 16 after an apparent drug overdose: 'My heart is completely shattere


OWN TV host Dr. Laura Berman reveals her son Samuel has died aged 16 after an apparent drug overdose: ‘My heart is completely shattered’

By Justin Enriquez For Dailymail.com

The 52-year-old relationship therapist and television personality took to her Instagram on Monday to share the tragic news.

She shared a photo of herself hugging her child with the caption: ‘My beautiful boy is gone. 16 years old.’ 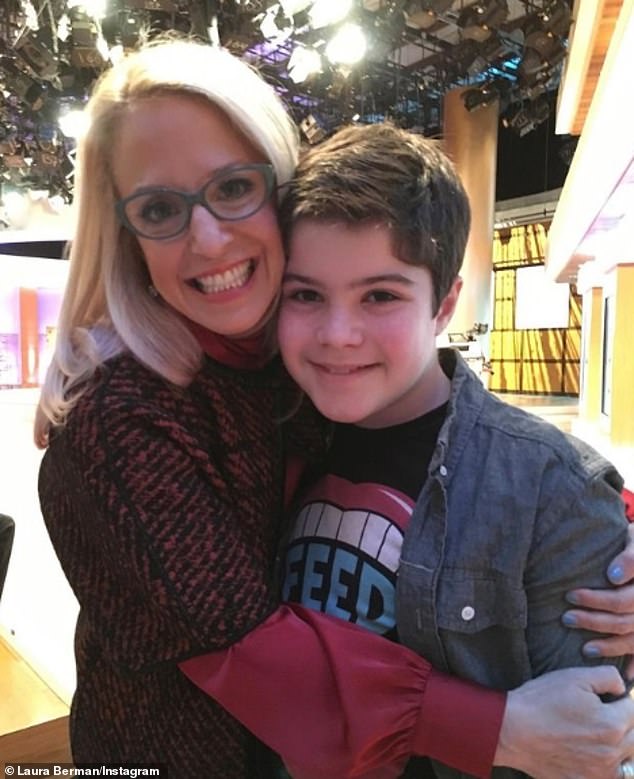 Dr. Berman said that a drug dealer had connected with Samuel on social media and ‘gave him fentanyl laced Xanax and he overdosed in his room.’

She continued: They do this because it hooks people even more and is good for business but it causes overdose and the kids don’t know what they are taking.

‘My heart is completely shattered and I am not sure how to keep breathing. I post this now only so that not one more kid dies’

Dr. Berman has three sons with Samuel being the middle child while Ethan was born in 1999 and Jackson born in 2005. Her husband is also named Samuel.

She said that she and her partner had made an earnest effort in trying to lead their children to the best path.

Dr. Berman wrote: ‘We watched him so closely. Straight A student. Getting ready for college. Experimentation gone bad. He got the drugs delivered to the house.’

The author also shared a statement with E! News on Monday which began: ‘Our hearts are broken for ourselves and for all the other children that are suffering during this pandemic.’

She is also is calling on social media networks to help the ‘Santa Monica Police with their investigation, which according to the police is something the big technology companies regularly refuse to do.

‘And we encourage every parent to manage their children’s social media as closely as possible.’

Dr. Berman had mad her name on the national stage with multiple appearances on The Oprah Winfrey Show.

She later received her own show on the Oprah Winfrey Network as she hosts  In the Bedroom With Dr. Laura Berman.

Dr. Berman has also authored multiple books including 2016’s Quantum Love: Use Your Body’s Atomic Energy to Create the Relationship You Desire.

What happens next in the Derek Chauvin trial: Breaking down jury deliberations and timing of the verdict

What happens next in the Derek Chauvin trial: Breaking down jury deliberations and timing of the verdict 0