One in 10 Britons are 'Netflix cheaters', survey reveals

Are you a 'Netflix cheater'? One in 10 Britons admits to secretly watching episodes of series they'd promised to watch with someone el


Are you a ‘Netflix cheater’? One in 10 Britons admits to secretly watching episodes of series they’d promised to watch with someone else

Streaming has boomed throughout the pandemic, with Britons in lockdown forced to binge-watch TV boxsets and movies to entertain themselves.

But the rise in streaming has seen an equally shocking spike in people ‘cheating’ on their viewing partner and rushing ahead to watch the next episode.

According to a survey of 2,000 UK adults from internet provider Hyperoptic, more than one in ten (11 per cent) Britons confess to being a streaming ‘cheater’. 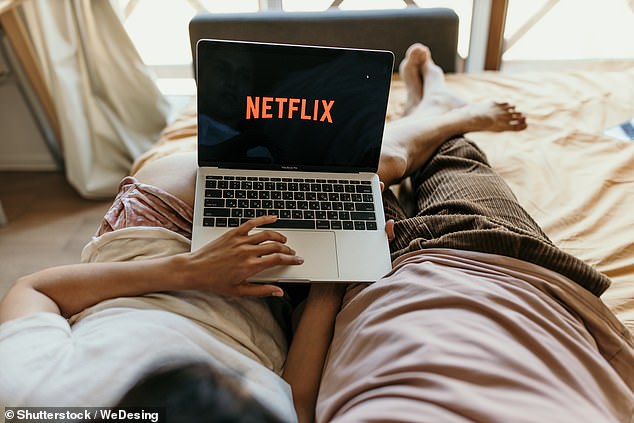 According to a survey of 2,000 UK adults from internet provider Hyperoptic, more than one in ten (11 per cent) Britons confess to being a streaming ‘cheater’

Young people between 16 and 24, considered to be ‘Gen Z’, are the worst culprits with one in four admitting to being a regular streaming cheater.

Half of all virtual cheaters confess to doing it on at least a weekly basis.

Men are more regular cheaters than women, with 22 per cent of males doing it daily, compared to just 13 per cent of women.

The top reasons cited for streaming cheating are impatience to watch the next episode (50 per cent), followed by feeling bored (21 per cent).

Romantic partners are the most likely to be cheated upon than family members and friends and the addictive shows causing the infidelity include Game of Thrones (16 per cent of cheaters), Stranger things (15 per cent) and Sex Education (15 per cent). 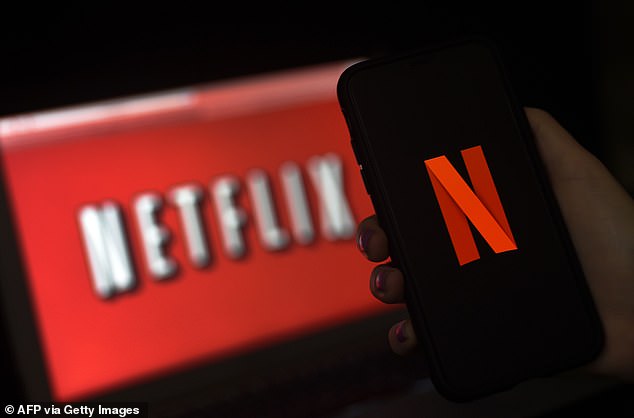 The research found Britons are currently spending an average of 2.6 hours a day streaming TV, with over 40 per cent watching three or more shows simultaneously

Netflix has started testing a new feature that could be music to the ears of any users who like to watch TV programmes or films as they fall asleep.

The feature, called Watch Timer, lets you pick a period of time that Netflix will run before pausing, ensuring you don’t miss any of the action as you doze off.

The feature is currently being tested with select Android users, and it remains unclear when, or even if, it will be available for all Netflix users.

The Watch Timer feature can be set to pause an episode or film after 15, 20 or 45 minutes.

Alternatively, you can select the ‘Finish Show’ option, which will prevent the app from auto-playing another episode.

Eight per cent of questionnaire respondents say the deceit has led to arguments with their partner and four per cent claim it was the final straw that led to a break up.

Ofcom data reveals 12 million UK adults signed up to a new video streaming service during lockdown, with Netflix, Amazon and Disney+ collating a total of 32.4 million subscribers, almost half of the entire country’s population.

Other common complaints about streaming content were  buffering (25 per cent), indecisive watchers (20 per cent), Netflix spoilers, (19 per cent,) and people who talk through a show (19 per cent).

The research found Britons are currently spending an average of 2.6 hours a day streaming TV, with over 40 per cent watching three or more shows simultaneously.

Charles Davies, a managing director of Hyperoptic, said: ‘The lockdown has fuelled a big rise in streaming subs, which have brought with them new rules of etiquette.

‘Becoming a renowned ‘Netflix spoiler’ could make people put a pause on wanting to speak to you about their viewing habits.

‘So, the is message clear – think carefully before choosing your series and viewing partners!’

From Carole King's 'Tapestry' to Beyoncé's 'Lemonade': Albums with milestone anniversaries in 2021 0

Titans GM unhappy with Isaiah Wilson after tumultuous rookie season: 'Not the player we evaluated' 0