A North Carolina State trooper is under investigation for Facebook posts calling Black Lives Matter a ‘racist money laundering hate group’ and attending ‘Stop the Steal’ rally ahead of the riot at the U.S. Capitol last week.

Master Trooper Mark Melvin, 40,  made the post, which has since been deleted, on December 16, 2020 and has been placed on administrative duty.

First Sgt. Christopher Knox, a Highway Patrol spokesman, confirmed to DailyMail.com that Melvin is under investigation but said the law enforcement agency does not provide details on personnel matters. 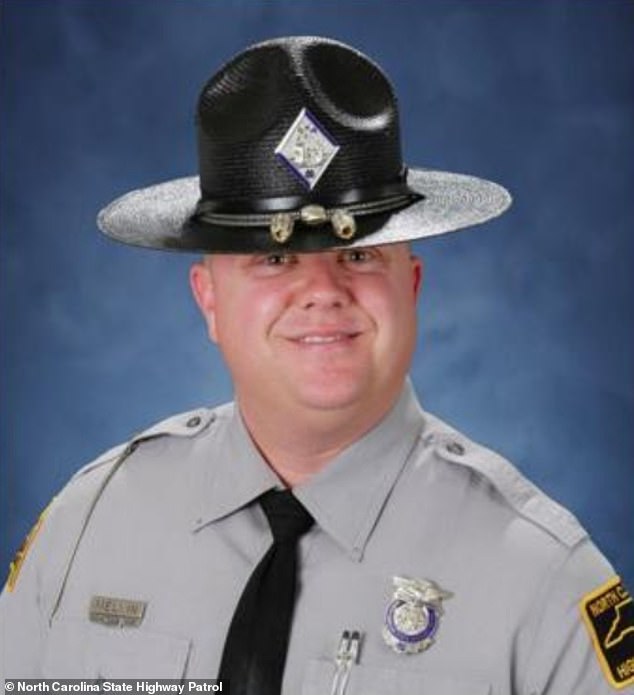 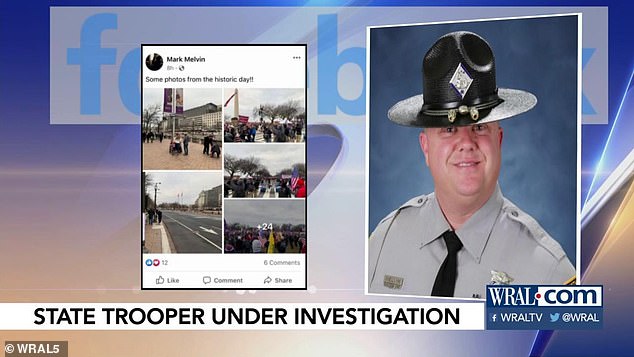 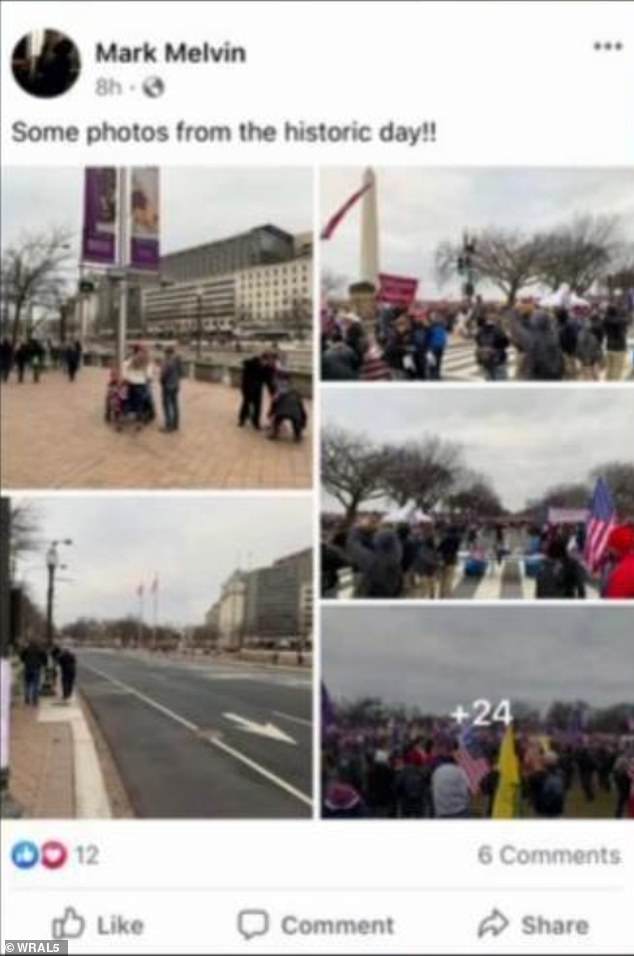 Melvin also tagged himself as ‘present’ during the protests, and said he would not enforce an order to enforce coronavirus curfew from Governor Roy Cooper

The posts by Melvin, who patrols in Person County, were flagged to WRAL by a resident of the county.

‘I walked in to Barnes & Noble tonight and saw an entire section dedicated to Black Lives Matter. My first thought was … I wonder why they don’t have sections dedicated to any other racist money laundering hate groups,” Melvin wrote, according to WRAL.

In a post the week before, Melvin wrote ‘I will not be enforcing this’ in response to a coronavirus curfew order from Governor Roy Cooper, a Democrat.

As of Tuesday morning, the state’s Department of Health and Human Services has recorded 635,975 positive cases of COVID-19 — including 6,851 new cases reported since Monday. There have been 7,638 deaths recorded in the state.

The station also reported that Melvin tagged himself on Facebook as present at the ‘Stop the Steal’ protest before the riot at the U.S. Capitol and posted two dozen photos with the words “Time To Save America!”

The Highway Patrol issued a code of conduct in 2010 which requires troopers to “conduct themselves at all times, both on and off duty, in such a manner as to reflect most favorably upon the Highway Patrol and in keeping with the high standards of professional law enforcement.”

The code of conduct also includes a clause that says troopers, while in uniform, “shall not publicly express any prejudice concerning race, religion, politics, national origin, life style, or similar personal characteristics.”

According to public records requested by DailyMail.com, Melvin receives a salary of $67,452 after an increase of $1,645 last July and was first hired by the agency in November 2007.

Joe Biden, Kamala Harris and reaching for normal at the inauguration: Mastio & Lawrence

Joe Biden, Kamala Harris and reaching for normal at the inauguration: Mastio & Lawrence 0

How do you die from dementia? 0