Nick Kyrgios’ Australian Open preparation is in disarray after losing in straight sets on Friday in a warm up match in Melbourne.

The world number 47 was sluggish in his 6-3 6-4 defeat against Borna Coric, with the volatile Australian clearly hampered by a knee injury.

His trademark serve kept him in the contest, but in the end his temper was again the talking point. 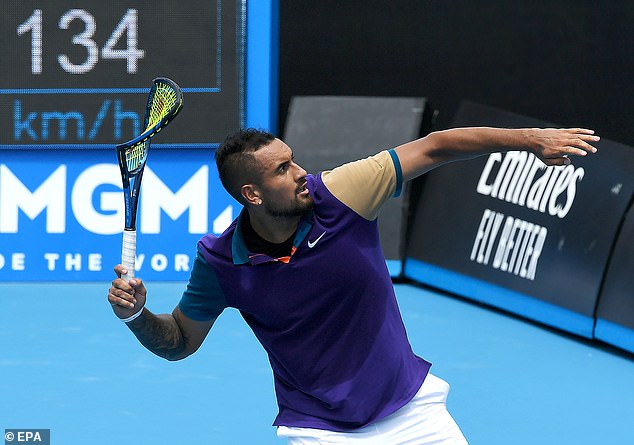 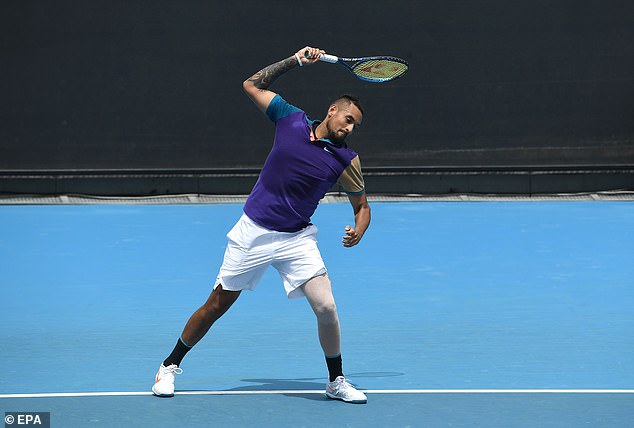 In the second set, Kyrgios received a warning for an expletive-laden tirade, only to then smashing his racquet and throw it into the stands.

Luckily for Kyrgios, no fans were courtside at the Murray River Open.

After Coric claimed the first set, Kyrgios called out the trainer for treatment on his knee.

He was in obvious discomfort, as the trainer went to work.

On Friday morning, tennis legend Lleyton Hewitt said Krygios has the ability to have an impact on the Australian Open – providing he keeps a lid on his temper .

‘Nick just needs to get his body going, get the rust out of him,’ Hewitt told the Today Show. 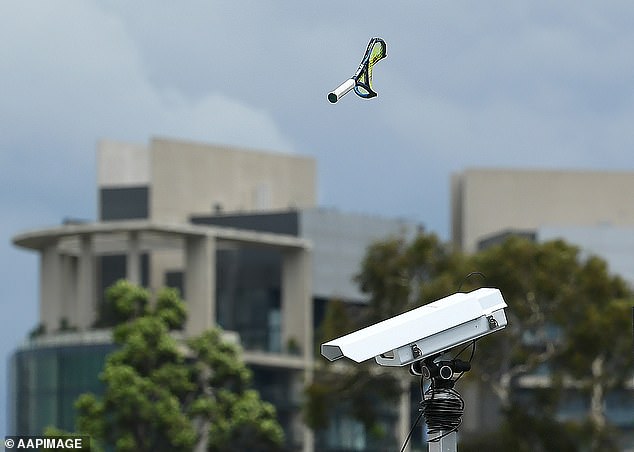 ‘He has so many weapons (on court), he is going to be awfully dangerous.

‘If he can pull up well, he is definitely a dangerous floater none of the big names will want to play heading into week two.’

Kyrgios has left countless tennis fans frustrated over the course of his career because of his obvious natural talent.

At times on court he appears disinterested, and Kyrgios has repeatedly stated in recent years he doesn’t ‘love’ the sport, rather that life on the professional circuit is ‘his job.’

Arizona police officers save man from drowning after his wheelchair tips over into canal, video shows

Sick list of 'most rapeable' girls at a private school in Launceston, Tasmania 0