By Jack Elsom For Mailonline

Hospitals are still under immense strain and intensive care wards remain swamped despite the drop in coronavirus cases, an NHS boss warned tonight.

Although the number of patients in ICU is coming down ‘very slowly’, he said there were still 26,000 people fighting Covid-19 in hospitals – 40 per cent more than the peak of the first wave.

And stretched capacity has forced frontline staff to work ‘at fever pitch intensity’,  leaving them ‘deeply exhausted’ and ‘fatigued’. 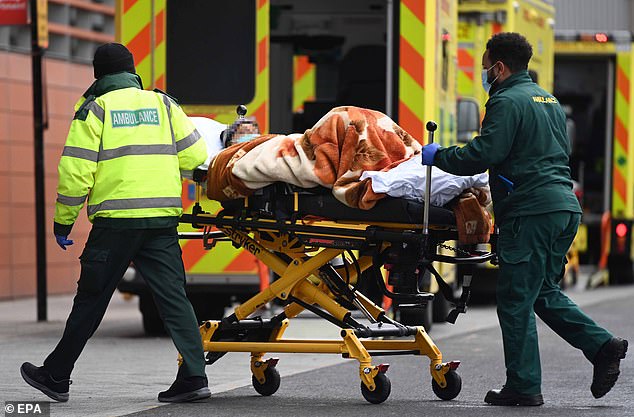 Ambulance staff bring a patient into the Royal London hospital in London today. Hospitals are still under immense strain and intensive care wards remain swamped despite the drop in coronavirus cases, an NHS boss warned tonight 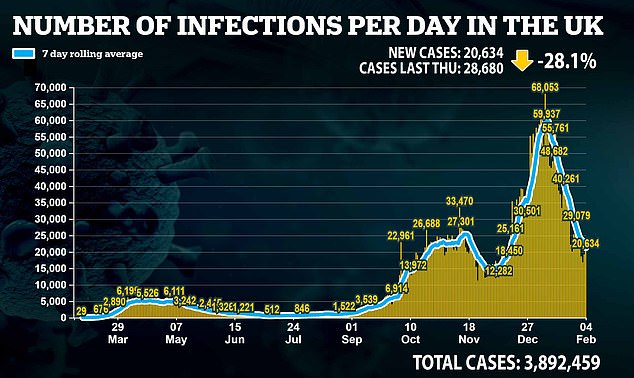 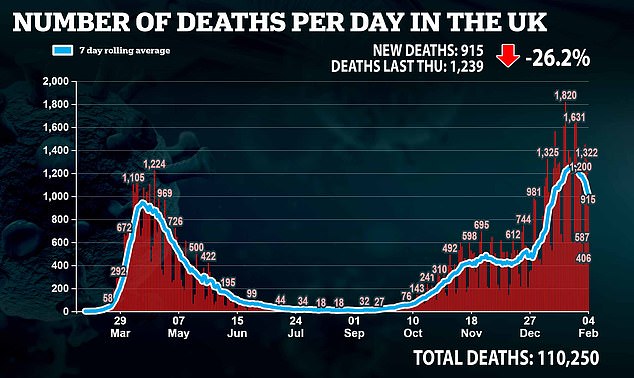 Mr Hopson’s sobering warning came after Professor Chris Whitty confirmed the UK had passed the peak of this second spike.

England’s chief medical officer cautioned that rates were still ‘incredibly high’ but the at yesterday’s No10 press briefing pointed to evidence showing the drop.

Some Tory MPs have already begun agitating for Boris Johnson to chart a path out of lockdown, buoyed by reports that Rishi Sunak is eager to fire up the economy.

But Mr Hopson this evening intervened with a stark warning that hospitals are  creaking under the pressures of the pandemic. 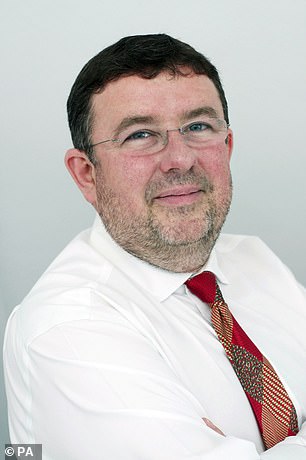 In a series of tweets, he said there has been a lot of talk about ‘being over the peak’ and what that means for how quickly restrictions on social contact can be relaxed.

‘The NHS is currently running at 170% of last year’s ICU capacity and trusts were still having to create new extra ICU surge capacity last week. The ICU numbers are coming down very slowly.’

Mr Hopson also pointed out that there is a cold snap forecast next week which will increase demand for NHS services.

He said: ‘NHS staff are deeply exhausted & fatigued having worked at fever pitch intensity for many weeks. So, if we want to use mountain analogies (peaks etc)…

‘The NHS has barely crested the peak and it’s still at an extremely high altitude under huge pressure. The descent down the mountain has only just started and we don’t know how steep the down slope will be. 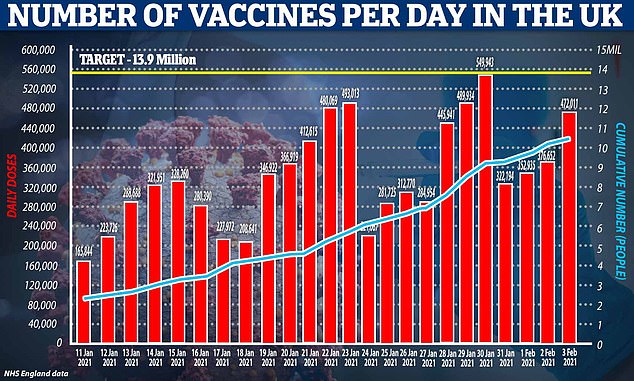 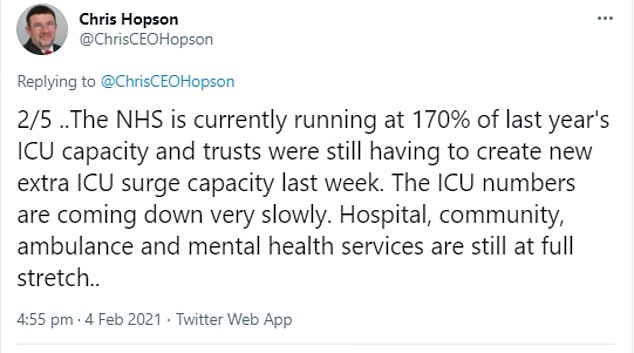 ‘We also know that the descent will likely take months, not days/weeks.

‘We saw last year what happened when we released restrictions on social contact too quickly. The impact of the vaccination will help significantly… over time. But to save lives and reduce patient harm, we need a cautious, evidence based, approach to relaxing the restrictions.’

A further 915 deaths were reported today, including the passing of a seven-year-old, and 20,634 positive tests. Both daily counts were down by more than a quarter week-on-week.

The Prime Minister is under pressure from a 70-strong group of hawkish Tories in the Covid Research Group, who demanded he lifts restrictions altogether by the summer.

Vaccines minister Nadhim Zahawi appeared to indicate this morning that the government is looking at the top nine risk categories – around 32million people – as the trigger point for a widespread downgrading of measures.

So far the PM has only said that he will unveil a route map out of lockdown on February 22, after the first four most vulnerable groups have been covered. 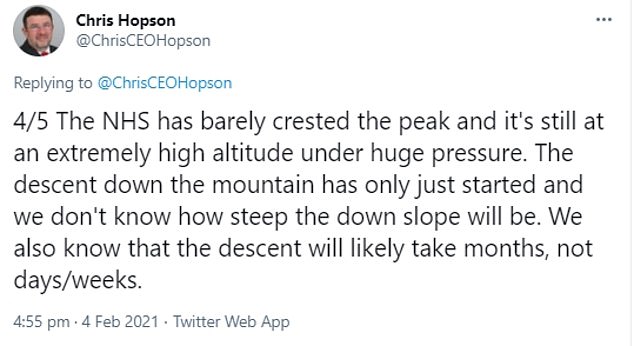 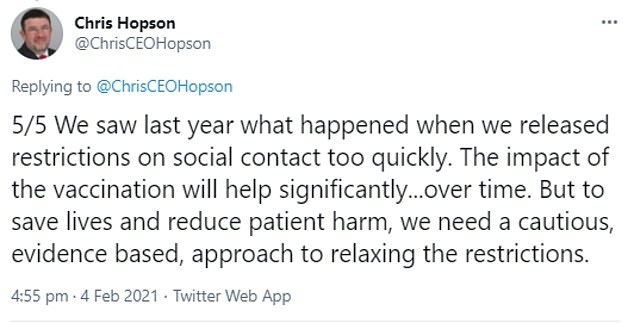