New Zealanders will find out on Monday whether a new case of COVID-19 will prompt new restrictions, or the infected woman’s ‘extremely assiduous’ personal contact tracing has stopped spread of the disease.

On Sunday, health officials announced they had identified a first case of the deadly virus in the community since November.

The positive test came from a 56-year-old Northland woman who travelled in Spain and the Netherlands, departing from London and arriving in Auckland around the turn of the year.

New Zealanders will find out on Monday whether Covid-19 restrictions will be tightened after the nation recorded its first locally acquired coronavirus case since November. Pictured: People wait to be tested at a testing station in Auckland in November

However, the woman subsequently developed muscle aches and reported her symptoms to health workers in follow-up interviews.

Director-General of Health Ashley Bloomfield said it was too early to order a further lockdown, with no evidence the woman transmitted the disease to anyone else.

COVID-19 Minister Chris Hipkins praised the woman for using the government’s contact tracing app as she visited places in the south for Northland, between Whangarei, Helensville and Dargaville.

‘This woman concerned has been scrupulous in keeping a good record of her movements, scanning the QR codes wherever she has gone,’ Mr Hipkins said. 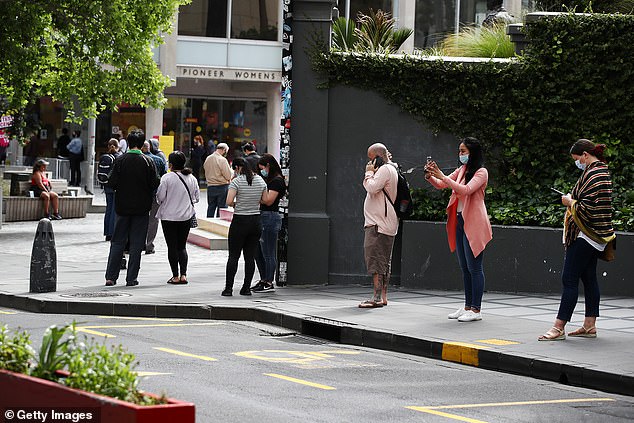 Director-General of Health Ashley Bloomfield said it was too early to order a further lockdown without evidence the virus has been transmitted to other members of the community. Pictured: People wait in line at a Covid-19 testing clinic in Auckland on November 13

‘That’s laid a very good foundation for our contact tracing team … I want to acknowledge that.’

Dr Bloomfield said the pair ‘weren’t meeting with friends or attending mass gatherings’ as they were spending time together after a four-month spell apart.

Through contact tracing, the government will continue to gather information about the case, and make a decision on future actions based on those inquiries.

While the case is the first in the community for three months, New Zealand has continued to pick up cases within the border regime, including the concerning UK variant strain.

The country’s total number of confirmed cases is 1927, with 25 deaths recorded since the disease arrived on Kiwi soil in February last year. 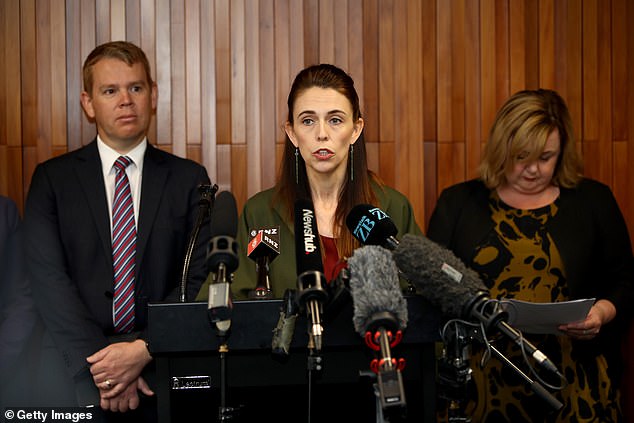 I'm a Celebrity: Grant Denyer reveals he rejected a date with Pamela Anderson 0