Mum pays tribute to ‘incredible’ daughter, 4, killed in horror gas blast as she reveals ‘our world has been torn apart’

A HEARTBROKEN mum says her “world has been torn apart” after her daughter was killed in a house explosion. Sahara Salman died just a month

A HEARTBROKEN mum says her “world has been torn apart” after her daughter was killed in a house explosion.

The blast ripped through the property in Thornton Heath, South London[/caption]

The gas explosion devastated the home in South London[/caption]

The gas explosion razed the family’s terraced home to the ground on Galpin’s Road around 7am on Monday leaving three others injured.

Speaking for the first time since the tragic incident, her mother Sana Ahmad told The Evening Standard: “We had so many plans in place.

“This world didn’t deserve somebody who was so special. It’s our loss. She was the most amazing thing to ever walk this planet.”

The mum said little Sahara was meant to be starting school in September – “her uniform was bought”, she added.

READ MORE ON THIS INCIDENT 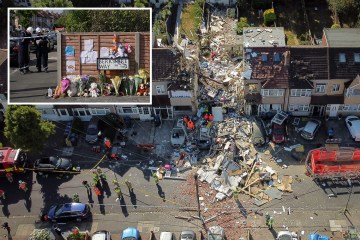 Family of girl, 4, who died in ‘gas’ blast had ‘reported suspected leak’ 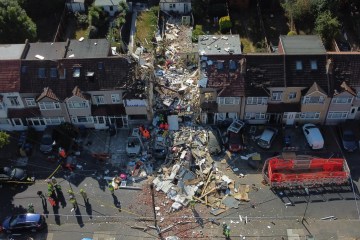 Ms Ahmad, 28, said she was on the phone to her mother when the blast happened – sending debris hundreds of feet into the air.

Two adults and an 11-year-old boy were rescued from the wreckage of the property and a desperate search was launched to find Sahara, London Fire Brigade said.

She was later found amongst the rubble.

More than 100 people were evacuated from the area, which has now been confirmed by Merton Council as being caused by a gas explosion.

Most read in UK News

PAIN IN THE GRASS


Boy, 14, dies after getting into difficulty in lake during 26C sizzler

Southern Gas Networks (SGN) were carrying works out on the street at the time of the explosion, with neighbours complaining of a smell of gas “for weeks”.

On Monday the firm told The Sun their engineers are working with investigators establish the cause of the explosion.

They added: “Following the explosion in Galpin’s Road, Thornton Heath earlier today, our deepest sympathies are with the family of the child who has tragically died as well as those who have been injured.

“We’d like to reassure everyone that our engineers are working closely with the emergency services to establish the cause of the explosion.

“Given the ongoing Police investigation, it is inappropriate to comment any further at this stage.”

Ms Ahmad has now accused SGN of “negligence” and says she contacted the gas supplier about a suspected leak on July 30.

The family were allegedly “given an appointment” before the blast killed their daughter.

She slammed: “All of this could have been prevented if people weren’t being lazy and did their job properly.”

Close family friend Thoheed Maricar, 52, said: “Neighbours had reported the smell of gas for about a week.”

A large pile of rubble surrounded by red and white fencing is all that remains of the collapsed house.

Officers in high visibility jackets can be seen marshalling the cordon while mourners continue to drop off tributes to the victim.