Friends and family have gathered at Hard Rock Stadium in Miami Gardens for a memorial service honoring slain FBI agent Laura Schwartzenberger who was killed in the line of duty earlier this week.

Schwartzenberger, 43, was shot dead alongside Special Agent Daniel Alfin, 36, on Tuesday as they tried to execute a search warrant at David Lee Huber’s apartment as part of a child pornography investigation.

Huber – who was suspected of exchanging pornographic images of underage children engaging in sex acts – shot Alfin and Schwartzenberger with a rifle, before turning the gun on himself and ending his own life.

Mourners, including several members of law enforcement, were seen braving the wet weather on Saturday as they arrived at the private ceremony. 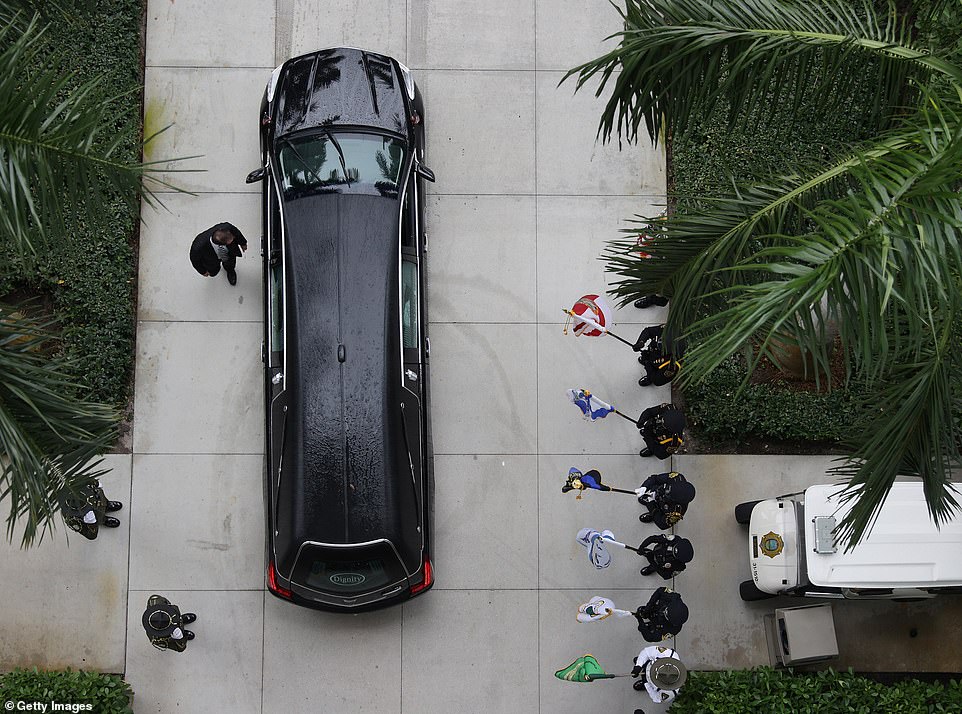 An Honor Guard stands at attention as the hearse arrives with slain FBI agent Laura Schwartzenberger for a memorial service in her honor at Hard Rock Stadium on February 06, 2021 in Miami Gardens 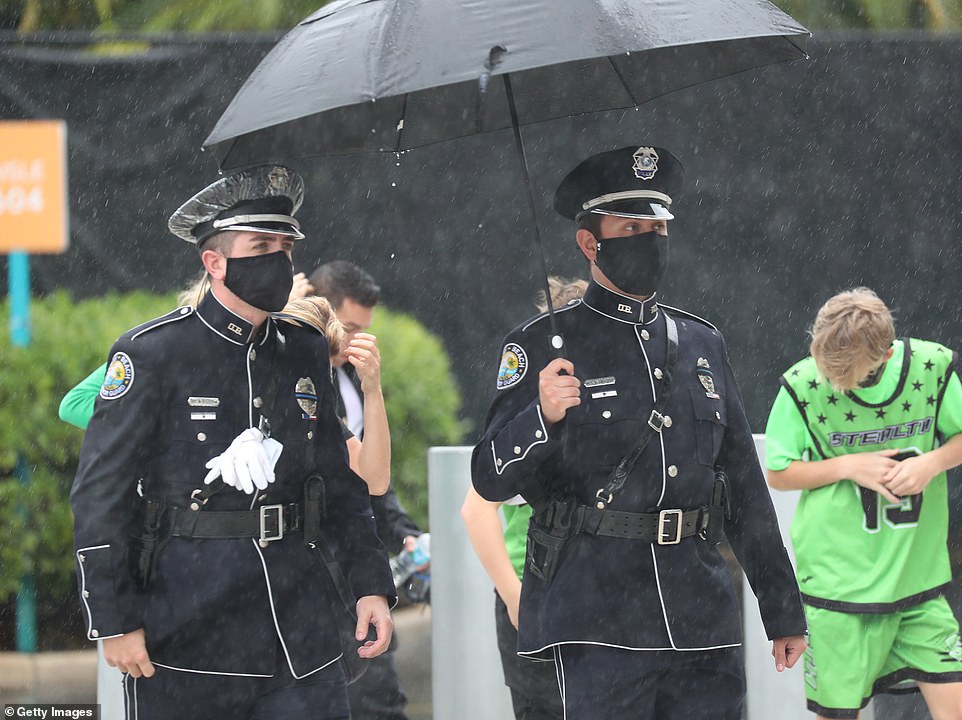 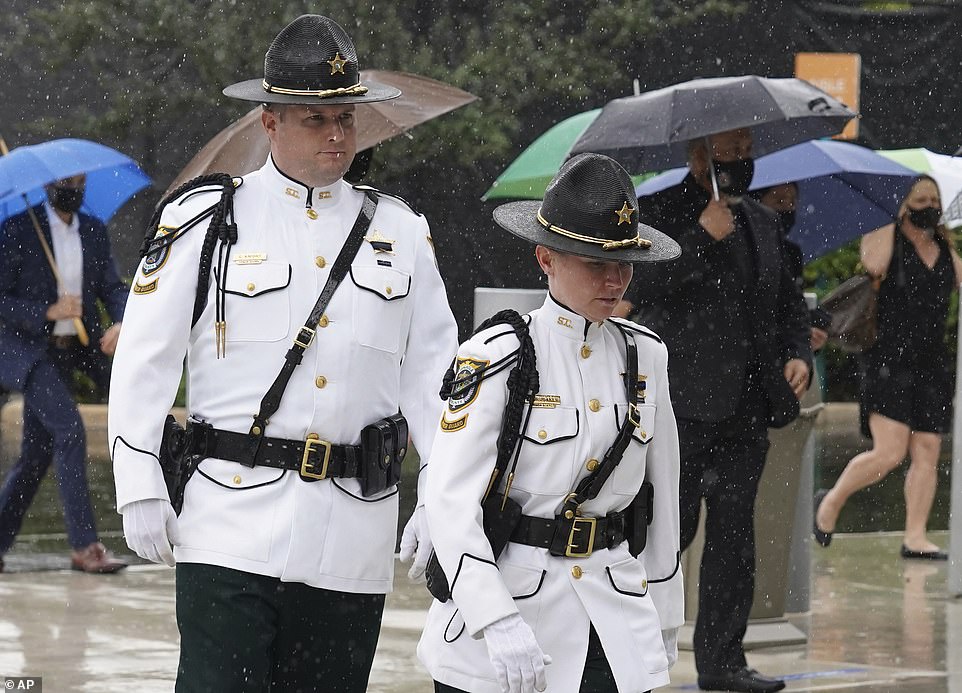 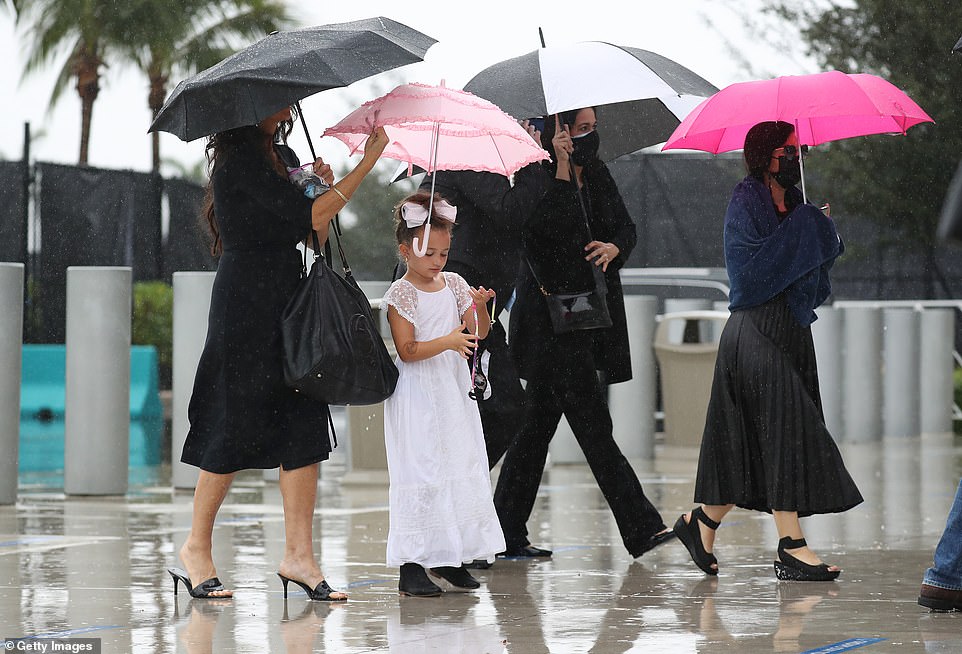 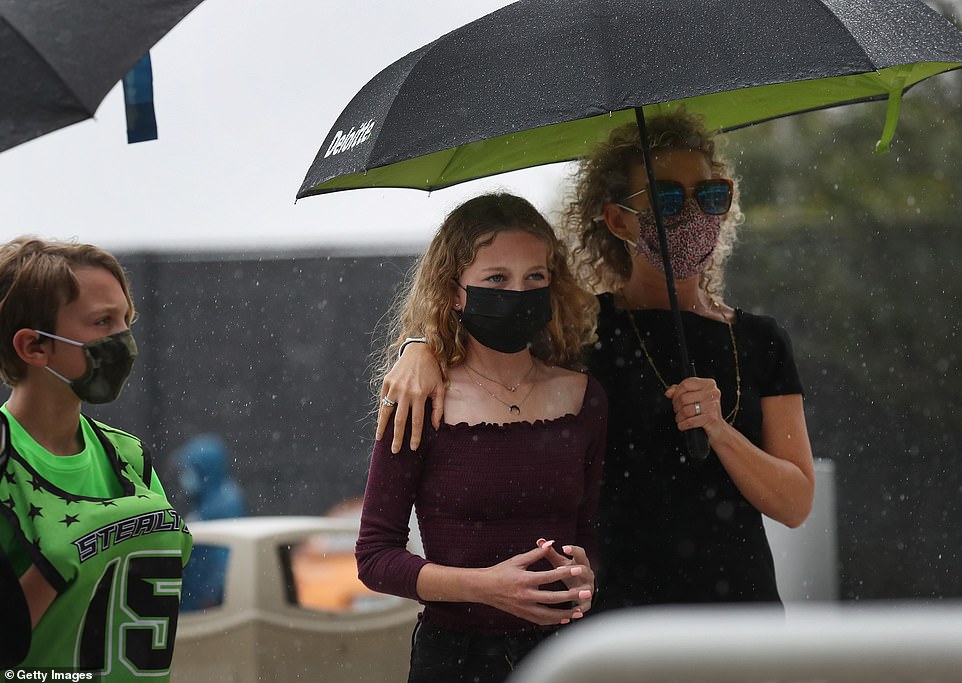 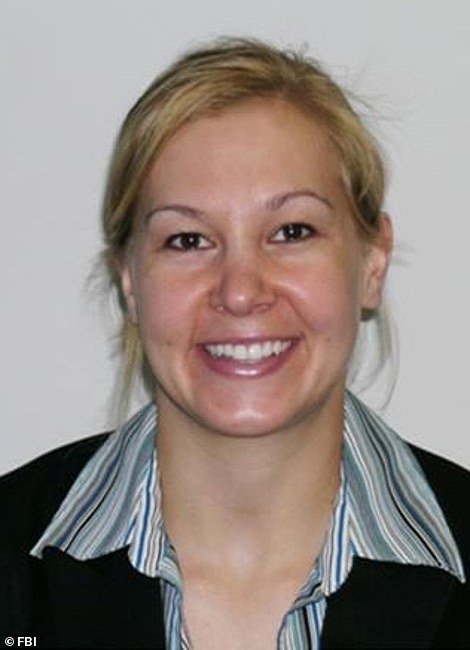 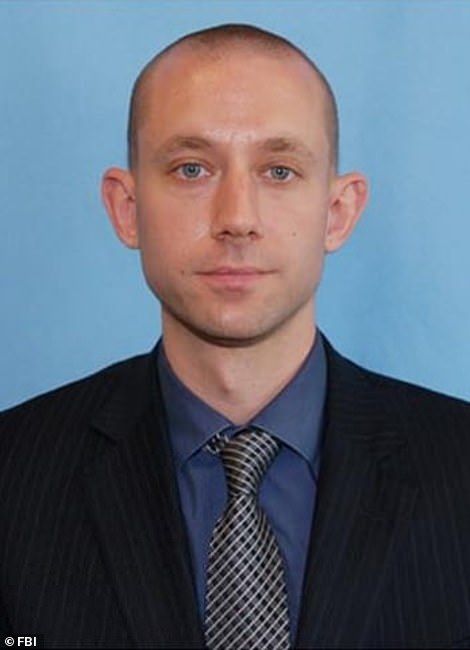 Huber shot dead Special Agent Daniel Alfin, 36, and Special Agent Laura Schwartzenberger, 43, on Tuesday as they tried to execute a search warrant to seize his computer as part of their case 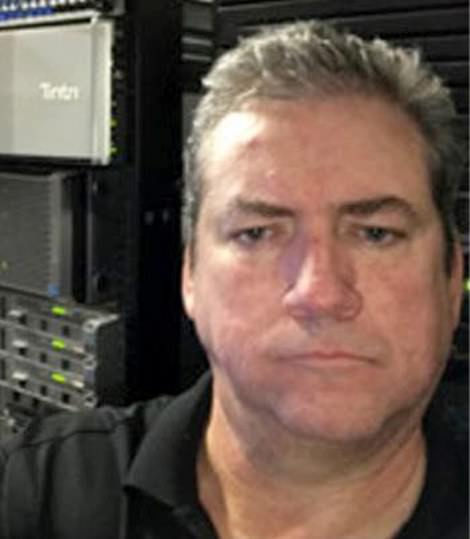 David Lee Huber (pictured) killed Special Agent Daniel Alfin, 36, and Special Agent Laura Schwartzenberger, 43, on Tuesday as they tried to execute a search warrant at his Sunrise apartment as part of a child pornography investigation

According to The Miami Herald police had been called to Huber’s address twice in the past year for domestic disturbances.

On one occasion, cops came to Huber’s home responding to a report that ‘a man was screaming at a neighbor and making a throat-slashing gesture.’ The second call related to a report about a man ‘hallucinating’.

A former co-worker told The Miami Herald that Huber ‘once told him he was bipolar and he feared Huber might shoot up the office after being fired over an angry outburst.’

Elsewhere, another man who once worked with Huber at a computer company told WTVJ Channel 6 that Huber was on medication.

‘He did talk about some days when he really needed to get his meds. He told me he had some mental issues with bipolar, manic depressive [disorders]. He was really anxious about getting his meds that would keep him cool,’ the ex-colleague, Christian Suarez, stated.

The FBI has not released any details about what Huber was being investigated for and the federal court-approved search warrant for the raid is still sealed.

Law enforcement sources, however, told the Miami Herald that it was a ‘run of the mill’ investigation.

The FBI is still examining the contents of Huber’s computer for evidence. In addition, agents are also now investigating how their routine raid ended in bloodshed.

Huber, who ran computer consulting businesses, is believed to have used a doorbell camera to monitor the agents before opening fire on them through his closed door as they arrived to execute the search warrant early Tuesday. 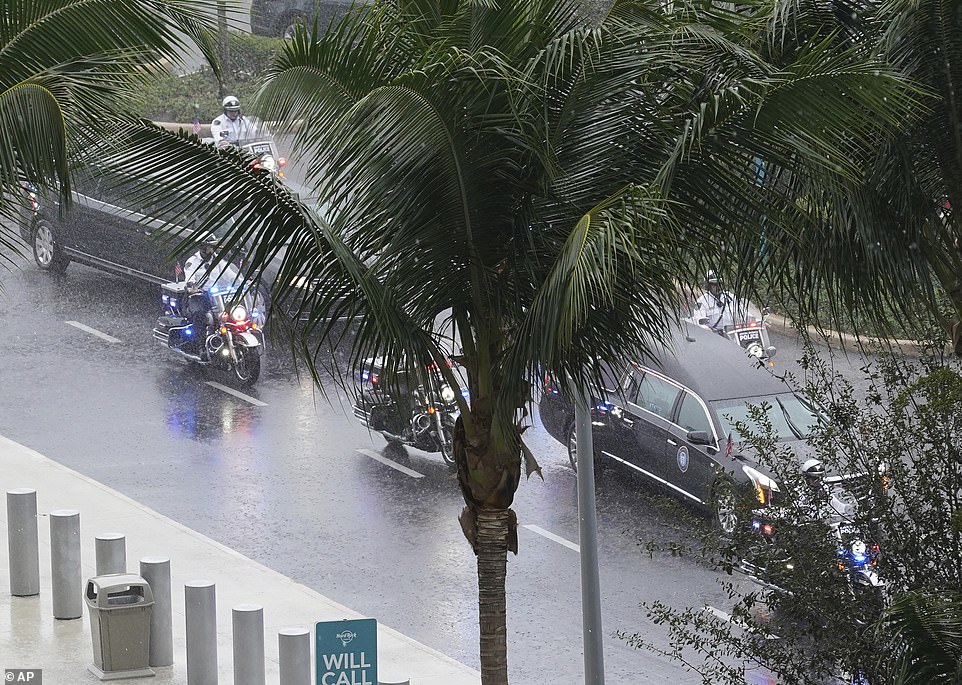 Loading...
Newer Post
AOC claims Rep. Mace only called her out to try to 'make a buck'
Older Post
Amir Khan splurges on a Rolex watch for his son Muhammad's FIRST birthday