By Nicole Conner For Mailonline

She got engaged to cricketer boyfriend Stuart Broad on January 1.

And Mollie King still seemed to be in high spirits as she headed to BBC Radio One wearing a chic 70s style ensemble on Friday.

The radio host, 33, sauntered into the building wearing a bright orange cardigan  ahead of her show with Matt Edmondson. 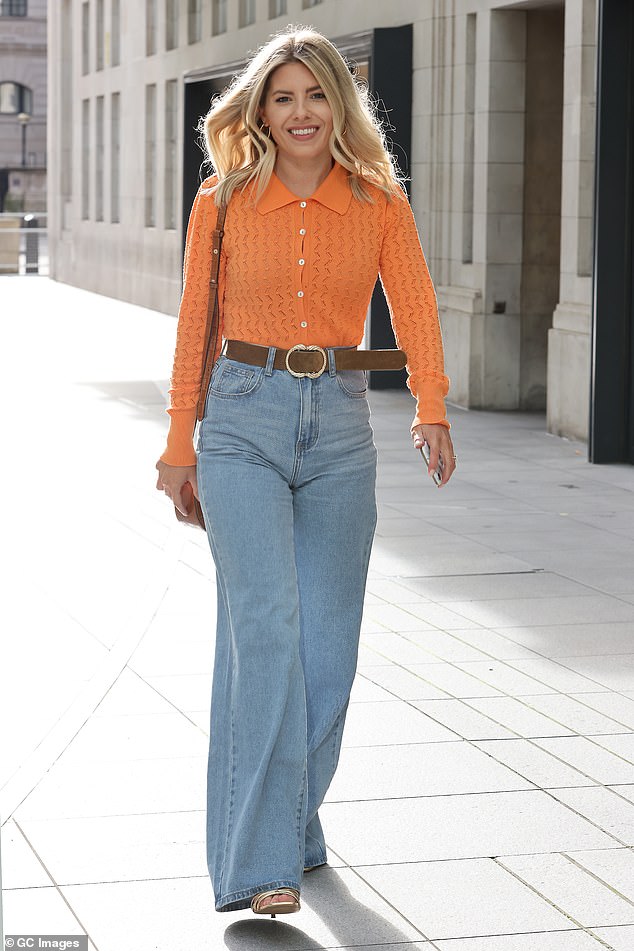 70s chic: Mollie King seemed to be in high spirits as she headed to BBC Radio One wearing an orange cardigan and wide-legged jeans on Friday

She kept the cardigan buttoned to the top to keep out the February cold and tucked it into a pair of on-trend wide-legged jeans.

To add some height to her petite frame she paired the ensemble with some gold strappy heels as she headed to work.

Mollie tied the look together with a tan belt and matching bag that she carried over her shoulder.

The songstress wore her blonde locks in a loose wave and highlighted her beauty with a natural makeup palette.

Casual: The radio host, 33, wore a pair of peep-toe heels and accessorised with a matching tan belt and bag as she headed to work

Mollie and fiancé Stuart have been dating on and off for nearly eight years and have allegedly earned millions with savvy business investments and a vast property empire.

According to The Sun, Mollie made an eye-watering £2m from performing as part of girlband The Saturdays and her company Girl About Town Ventures Ltd is thought to be worth £500,000.

The singer also has a property portfolio including a £1 million flat near her hometown in south London.

As well as various TV ventures, Mollie is also a regular weekend host on BBC Radio 1, and has made several appearances as a relief presenter on ITV’s This Morning. 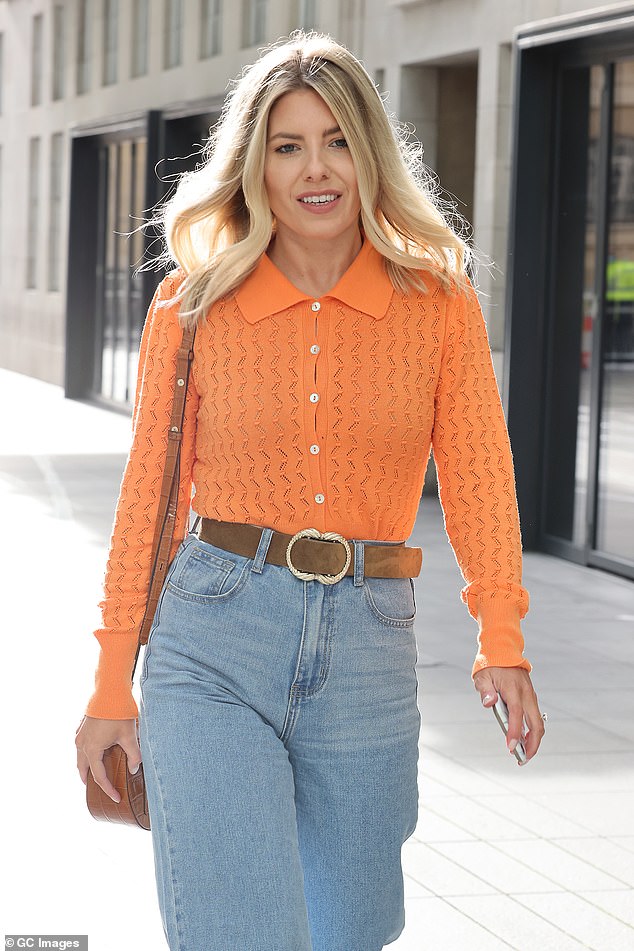 Heading to work: The songstress wore her blonde locks in a loose wave and highlighted her beauty with a natural makeup palette

Alongside putting the Nottinghamshire home he shares with Mollie on the market, Stuart also reportedly owns a flat in the county worth £500,000.

The sportsman, who has flown out of the UK to play in England’s cricket winter season in Sri Lanka and India, has a company that’s also worth £2.1 million.

Stuart has already gone down as one of England’s top players, and has earned millions across his 14-year career for the team.

It’s thought his contract salary is around £650,000 per a year, though with bonuses it means he’s earned at least £12 million from his international career.

Stuart also owns two pubs in Leicestershire under the company The Cat and Wickets Pub Company Ltd and at the time of buying, it’s thought the sports star spent £350,000 renovating them. 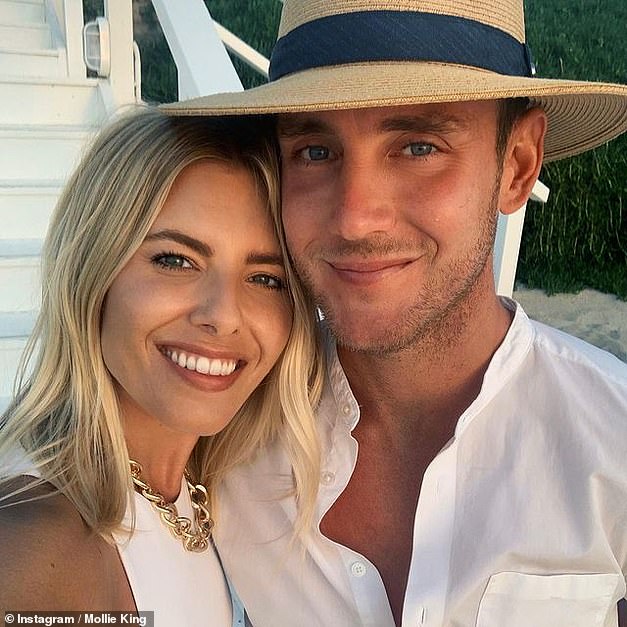 Power couple! Mollie and her cricketer fiancé Stuart Broad are said to boast a combined fortune of £20 million