Garth Brooks to perform at Joe Biden's Inauguration: 'This is a statement of unity'
Joe and Jill Biden's call for a Super Bowl LV moment of silence interrupted with boos from crowd
Biden's policies already heading in 'wrong direction,’ McConnell says

On “Fox & Friends,” Siegel argued that the media has taken an approach of looking the other way and congratulating Biden, while Trump was consistently knocked for a COVID response that the Biden administration appears to be building off of, rather than reinventing.

“I’ve seen a huge change. … With President Trump, it was suddenly like he was the ‘physician in chief’ and everything he said was held to a medical standard,” Siegel said.

“Now the reverse is true, the president [Biden] is not held to a medical standard whatsoever, which he shouldn’t be, but again there’s a misinformation campaign going out.”

Siegel said that the problem with the media is that they have shown more interest in politicizing the virus and obscuring health messaging than talking about new important information the public needs, such as clear, simple guidelines on what to do after receiving the vaccine or steps needed to reopen schools.

“When you see politicians overcoming public health officials or getting the public officials, like the head of the CDC or Dr. Fauci, to change their points of view based on politics, the public doesn’t have the confidence it needs,” he added.

Siegel added that the media largely hasn’t covered important revelations relating to the virus, such as a reduction in cases by 77% over the past six weeks and recent information suggesting that the South African variant may not be as dangerous as originally reported.

“It’s almost as if [Democrats] are using the pandemic to advance a political agenda, rather than responding to the pandemic scientifically, which is what they promised they would do,” he said.

White House chief medical adviser Dr. Anthony Fauci reversed last week his previous rejection of claims that the Biden administration was “starting from scratch” with the rollout of the coronavirus vaccine.

It came after Vice President Kamala Harris revived the claim during an interview with Axios.

“There was no stockpile … of vaccines,” Harris told Axios co-founder Mike Allen. “There was no national strategy or plan for vaccinations. We were leaving it to the states and local leaders to try and figure it out. And so in many ways, we’re starting from scratch on something that’s been raging for almost an entire year!”

Despite contradicting his own remarks from last month, Fauci not only defended the vice president but also knocked the Trump administration’s vaccine rollout when he was asked about her comments last week.

“What I think the vice president is referring to is, the actual plan of getting the vaccine doses into people’s arms was really rather vague. I mean, it was not a well-coordinated plan,” Fauci told CNN.

Fox News’ Joseph A. Wulfsohn contributed to this report.

Loading...
Newer Post
Scott Disick, 37, flies PRIVATE out of Miami with his children and girlfriend Amelia Hamlin, 19
Older Post
Sting's son-in-law is sued by tenants over his 'vermin-infested' and 'illegal' LA AirBnB 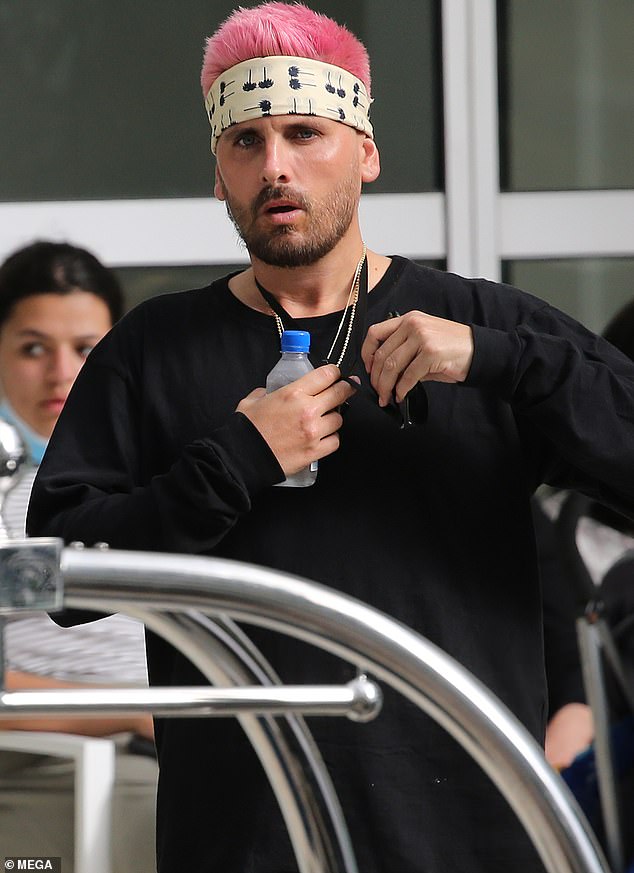 Scott Disick, 37, flies PRIVATE out of Miami with his children and girlfriend Amelia Hamlin, 19

Scott Disick, 37, flies PRIVATE out of Miami with his children and girlfriend Amelia Hamlin, 19 0

100,000 buyers 'will miss stamp duty holiday because property deal will not be completed in time' 0

Gemma Collins 'is BACK TOGETHER with ex James Argent' 0