Sports Illustrated swimsuit model, 28, had been working in Queens medical facility fighting COVID-19
Amy Schumer and husband Chris Fischer take adorable son Gene out for a day in the park in NYC
Six children arrested after an alleged joyride – which left one police officer injured

By Bryant Hevesi For Daily Mail Australia and Reuters

The Māori Party co-leader has been kicked-out of New Zealand’s parliament after refusing to wear a necktie which he says is a ‘colonial noose’ that suppresses Indigenous culture.

Rawiri Waititi was ordered to leave the debating chamber on Tuesday by Speaker Trevor Mallard after instead wearing a taonga, a Maori greenstone pendant.

Mr Mallard had twice prevented Mr Waititi from asking questions on the floor of parliament, insisting that male MPs could only do so if they were wearing a necktie.

‘This is more than about a tie or a taonga – this has everything to do with a colonial agenda that continues to force Māori to look and be like a Pākeha (a white New Zealander),’ Mr Waititi posted on Facebook after his ejection. 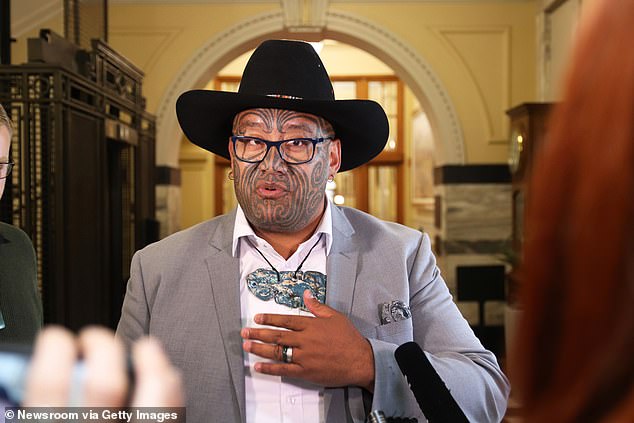 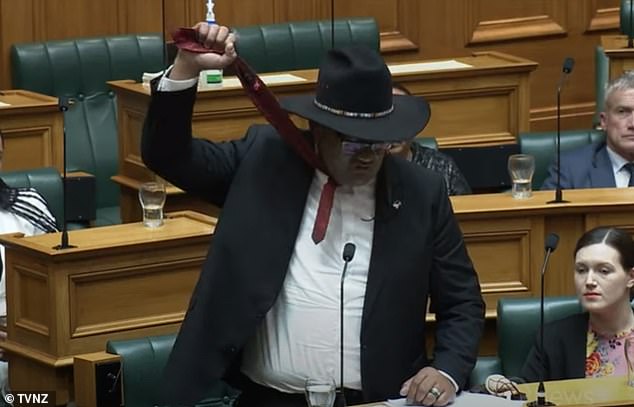 When Mr Waititi continued with his question after being stopped a second time, Mr Mallard ordered him to leave the debating chamber.

Mr Waititi, who has called ties ‘colonial nooses’, was told last year that he would be ejected from the House if he did not wear one.

Mr Mallard on Tuesday said while ties were outdated in his view, an overwhelming majority of members asked that the rule be retained in consultations on the issue in the last few months.

In an opinion piece posted to his Facebook page, Mr Waititi said he had ‘every right to represent my people and reflect their dress, their culture’.

‘I took off the colonial tie as a sign that it continued to colonise, to choke and to suppress out Māori rights that Mallard suggests gives us all equality,’ he said.

‘We’ve just come out of Waitangi Day, and acknowledging the covenant between two nations, tangata whenua and tauiwi – and yet Aotearoa is a long way off from true partnership when foreigners enforce Māori to dress like them. 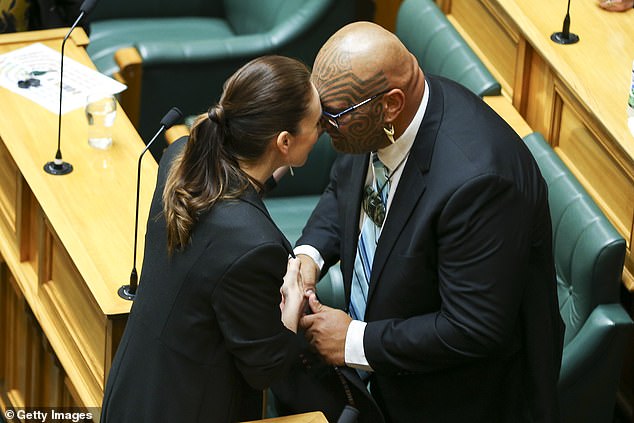 Mr Waititi is pictured greeting Prime Minister Jacinda Ardern with a hongi during the Commission Opening of Parliament on November 25, 2020 in Wellington, New Zealand

‘So across this country, everyone knows it has nothing to do with a Pākehā tie. It has everything to do with the right of Māori to be Māori, whether in Parliament or in the pub.’

Mr Waititi vowed to ‘never bow my head to Pākehā power’ and insisted he ‘will never surrender my culture’.

Asked to comment, Prime Minister Jacinda Ardern said that it was not something she had a strong opinion on and that she had no objection to someone wearing a tie in parliament or not.

‘There are much more important issues for all of us,’ Ms Ardern said.

GOP Sen. Cornyn questions if Biden is 'really in charge'

GOP Sen. Cornyn questions if Biden is 'really in charge' 0

'That was their decision:' White House walks fine line on MLB moving All-Star Game out of Atlanta 0