A comedian has the internet in a frenzy after uncovering a striking similarity between McDonald’s famous cookies and a popular biscuit released by Arnott’s.

Zach Mander is adamant the Maccas cookie and Arnott’s Teddy Bear biscuits, are in fact, the same delicious treat.

His compelling TikTik video has gone viral, with more than 170,000 views.

Mander displayed his impressive detective work when he discovered a crucial detail on the iconic McDonald’s cookie packaging. 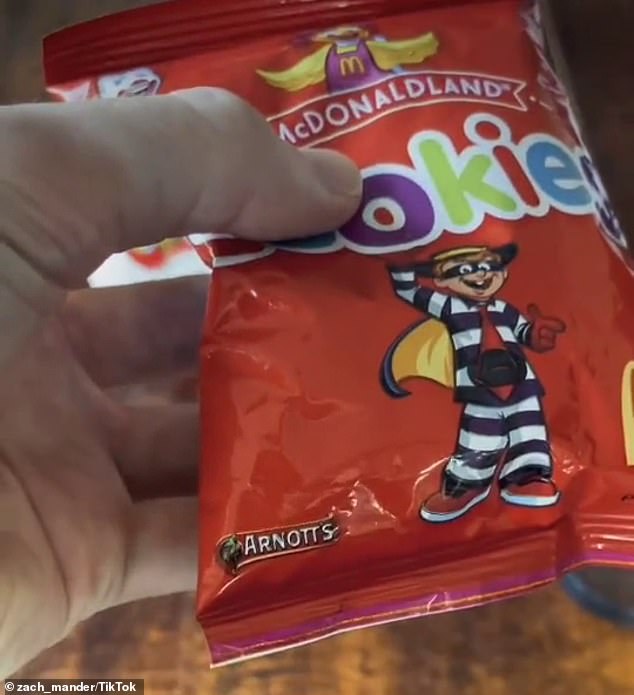 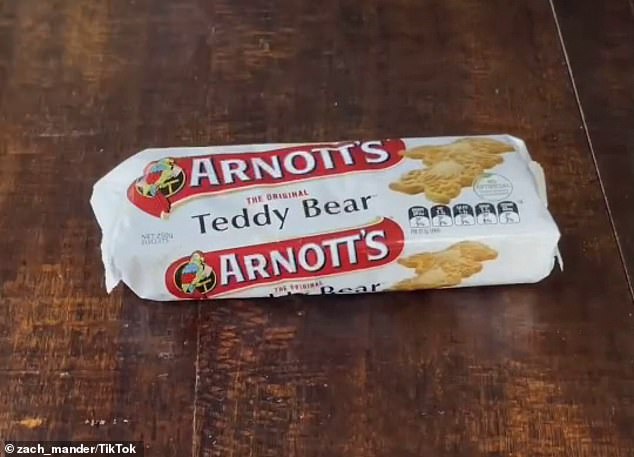 Arnott’s Teddy Bear (pictured above) tastes similar to McDonald’s cookies – could they actually be the same item?

‘At first it was just because they tasted the same, but then on closer inspection Arnott’s make the Teddy Bear biscuits but Arnott’s also make the McDonald’s cookie,’ Mander claimed in his video.

He then approached Arnott’s on social media for confirmation of his ‘scoop’, before declaring he was going to approach A Current Affair about the matter if they didn’t respond.

Arnott’s later stated the recipes for both cookies are similar, but not identical. 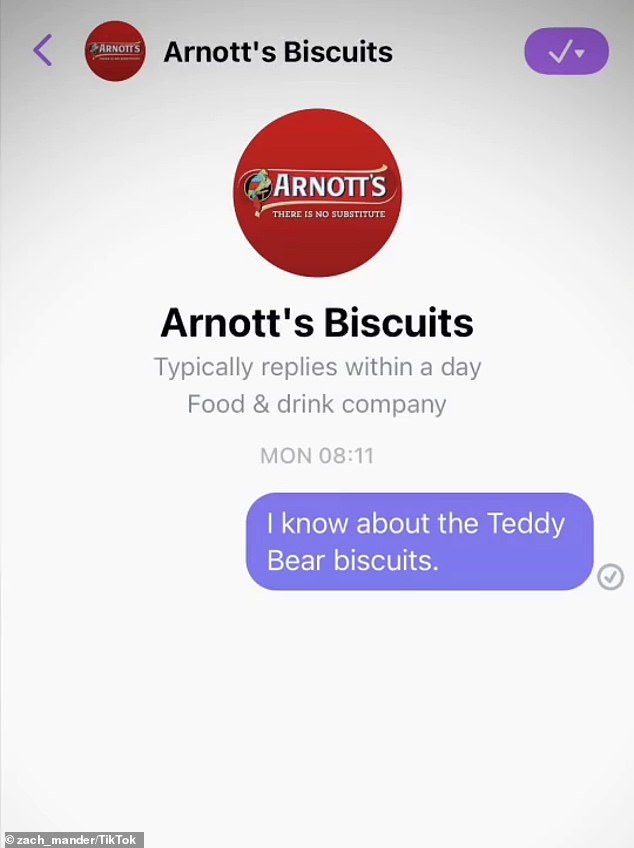 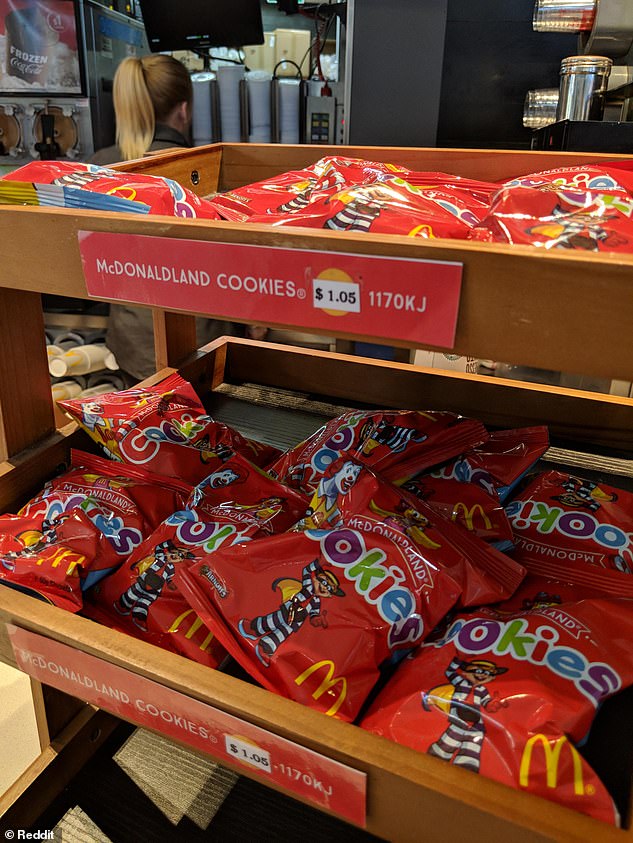 ‘And while the two recipes are actually a tiny bit different, the real question is whether a blind taste testing would be able to tell which is which?’

Fast food favourite McDonald’s also weighed into the chat, playfully stating ‘Grimace turns up to the office each week with a truck full of them (cookies), but we have never thought to ask where he is getting them from.’

McDonalds cookies first became a menu item in 1974, usually sold with a Happy Meal for children.

The ‘perfect combination of crunch and chewiness’ has seen the delicious cookies become a long-standing menu favourite with customers.

Another selling point is that they retail for just $1.15 in Australia, part of the popular ‘loose change’ menu, which includes a $2 hamburger (junior burger) and $1 frozen coke.

Not a joke anymore: Dogecoin surges above 30 cents

How to get rid of visceral fat: Ginger contains zingerone and shogaols to help burn belly 0