Mad Men's Jon Hamm reveals he auditioned for role on The O.C. made famous by Peter Gallagher

Mad Men's Jon Hamm reveals he auditioned for role on The O.C. made famous by Peter GallagherBy Rachel Mcgrath For Dailymail.com Publi


Mad Men’s Jon Hamm reveals he auditioned for role on The O.C. made famous by Peter Gallagher

By Rachel Mcgrath For Dailymail.com

Before he found fame as Don Draper in Mad Men, Jon Hamm struggled to succeed in auditions for some of TV’s hottest shows.

In the early 200’s, Draper auditioned for a part in the Fox series The O.C.

However, he lost out to actor Peter Gallagher who went on to play Sandy Cohen, the father of Adam Brody’s character Seth Cohen, in the hit show that ran from 2003 to 2007. 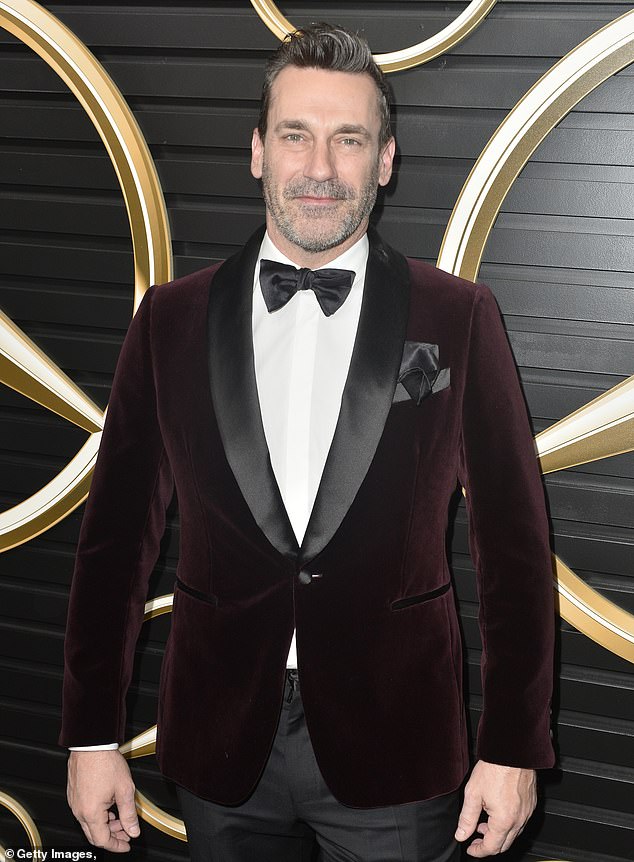 Missed opportunity: Jon Hamm revealed that before he landed the lead role in Mad Men, he auditioned in 2003 for the part of Sandy Cohen in The O.C. but lost out to actor Peter Gallagher

‘I was probably 31 or 32,’ Hamm recalled on Rolling Stone’s new podcast series Too Long; Didn’t Watch. ‘I think it was me and Harry Hamlin [auditioning].’

The Mad Men star went on to share that he always felt he was at an ‘in-between’ age when it came to casting.

‘I never looked young enough to be in high school, even when I first got out [to L.A.] and I was 25, so I missed out on all of the Dawson’s Creek and all the early WB shows,’ he said.

‘So then they were like, ‘Come play one of the dads,’ but I wasn’t old enough to be that, either. I had to wait around a long time.’ 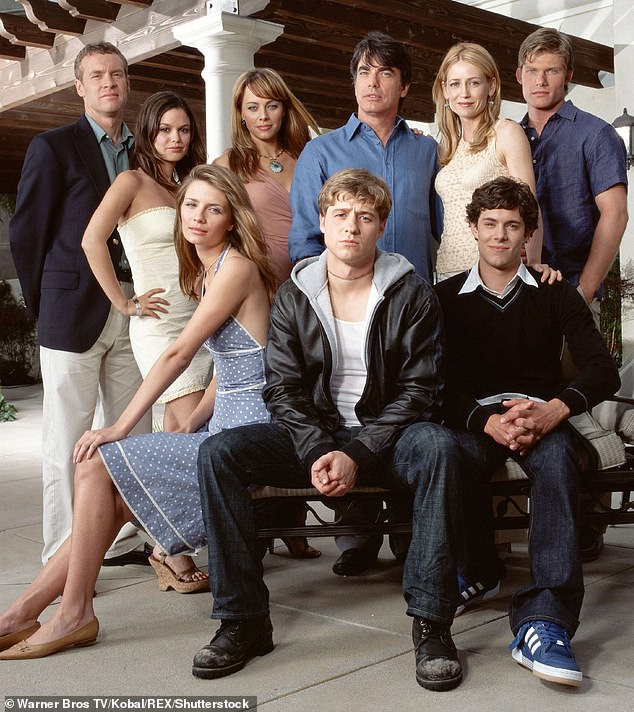 Famous part: Gallagher, fourth from left on back row, went on to play the father of Adam Brody’s character Seth (seated in front of Gallagher) in the show that ran from 2003 to 2007 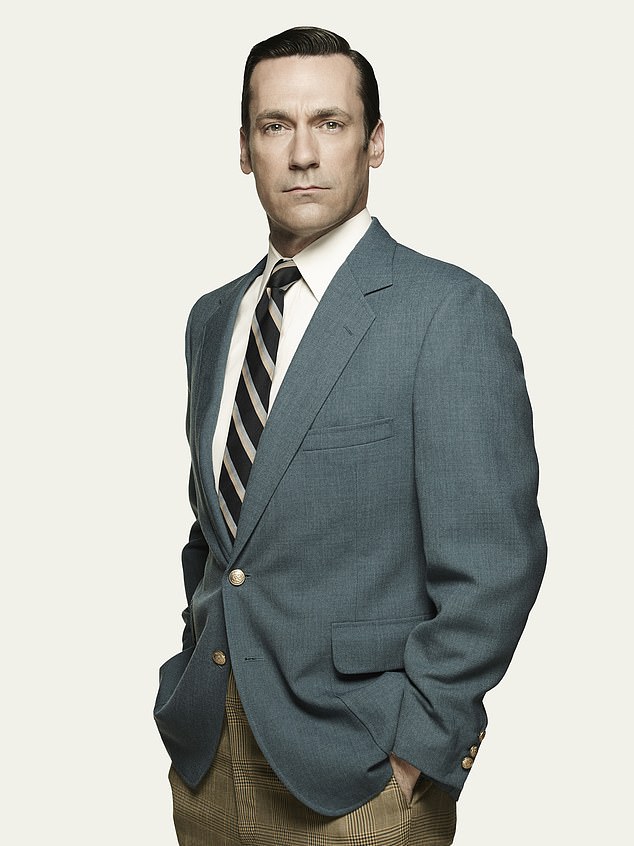 Struggled: ‘I had to wait around a long time,’ Hamm said of trying to make it in Hollywood during an interview on Rolling Stone ‘s new podcast series Too Long; Didn’t Watch on Tuesday 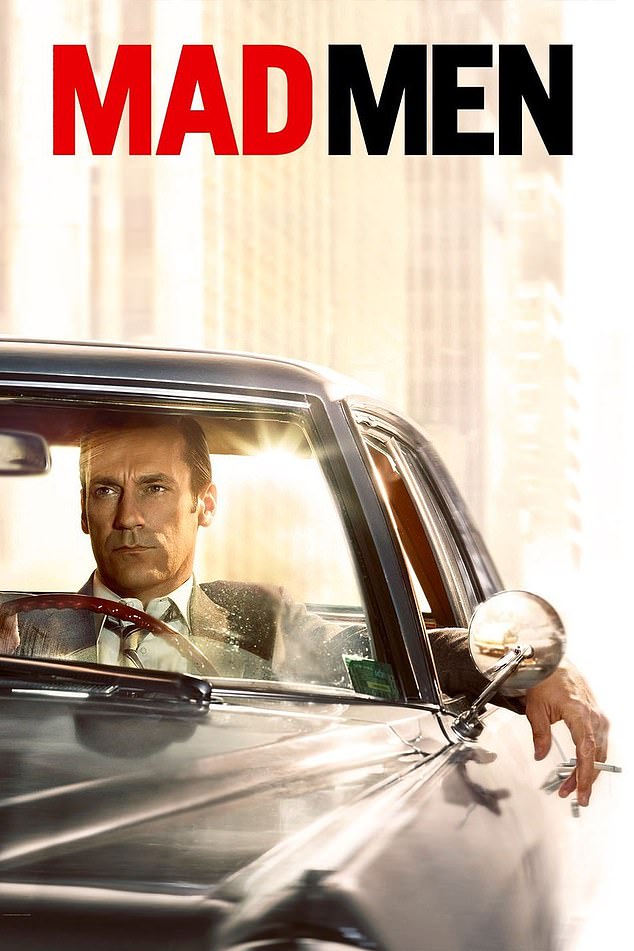 Breakthrough: In 2007, Hamm landed the lead role of Don Draper in the AMC series Mad Men and starred on the show for seven seasons until it came to an end in 2017

In 2007, Hamm landed the lead role in the AMC series Mad Men and starred on the show for seven seasons until it came to an end in 2017.

He’s gone on to star in several high profile movies including Keeping Up With The Joneses, Baby Driver, Beirut, The Report and the upcoming Top Gun: Maverick.

Next up, he’ll take on the role of Fletch in a reboot of the character made famous by Chevy Chase.

If the ongoing COVID-19 pandemic allows, filming is set to begin in New York in the spring.

‘It’s big shoes to fill, obviously. But…. it’s a reboot, it’s not a remake, so we’re going back to the novels and really breaking it down but hopefully bringing what people want to see.’ 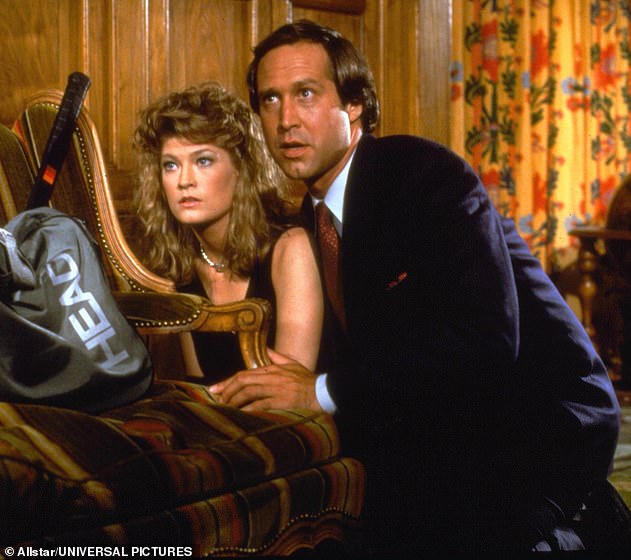 Next up, Hamm takes on the role of Fletch in a reboot of the character made famous by Chevy Chase (pictured with Dana Wheeler-Nicholson). Filming begins this spring in New York City

Loading...
Newer Post
Health: Pregnancy test that uses raised bumps to convey result designed for women with sight loss
Older Post
Coronavirus vaccine: Can you REFUSE to get COVID-19 vaccine? What are your rights?

Greg Norman, 65, breaks his silence on THAT beach photo

Greg Norman, 65, breaks his silence on THAT beach photo 0

Nancy Grace mourns friend Larry King, ‘there’s never been anybody like him’ 0

That feeling you can't name? It's called emotional exhaustion. 0

China to let foreign astronomers use its 1,600-foot radio telescope for the first time 0

US UN Ambassador Craft calls for even-handed treatment of Israel, as UN looks to life under Biden 0