She’s among many influencers living it up in the luxuries of Dubai.

And Love Island Georgia Steel didn’t seem concerned by fears of a mad dash back to the UK after the United Arab Emirates was removed from the government’s travel corridor list on Tuesday.

The reality star, 22, set pulses racing in a sizzling pale blue bikini as she enjoyed a sunbathing session on her hotel terrace which she documented on Instagram Stories. 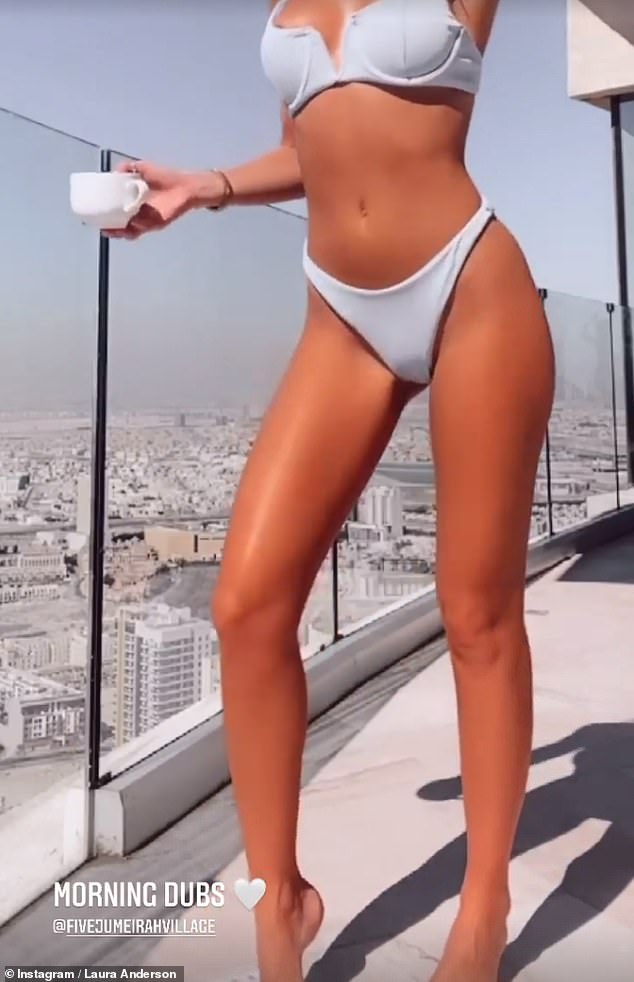 Nothing to see here! Love Island Georgia Steel didn’t seem concerned by news of Dubai being removed from the UK’s travel corridor list, as she sizzled in a pale blue bikini on Tuesday

Georgia slipped into the plunging blue bikini top and matching bottoms as she posed in the blazing hot sunshine.

The reality star certainly appeared to be enjoying the hot weather as she topped up her tan, unfazed by news that influencers could face a mad dash back to the UK to avoid having to quarantine when they return home.

It was announced on Monday that travellers returning to the UK from the UAE will have to quarantine following a 52 per cent surge in the number of COVID -19 cases there – an undoubted shock for the influencer-packed city. 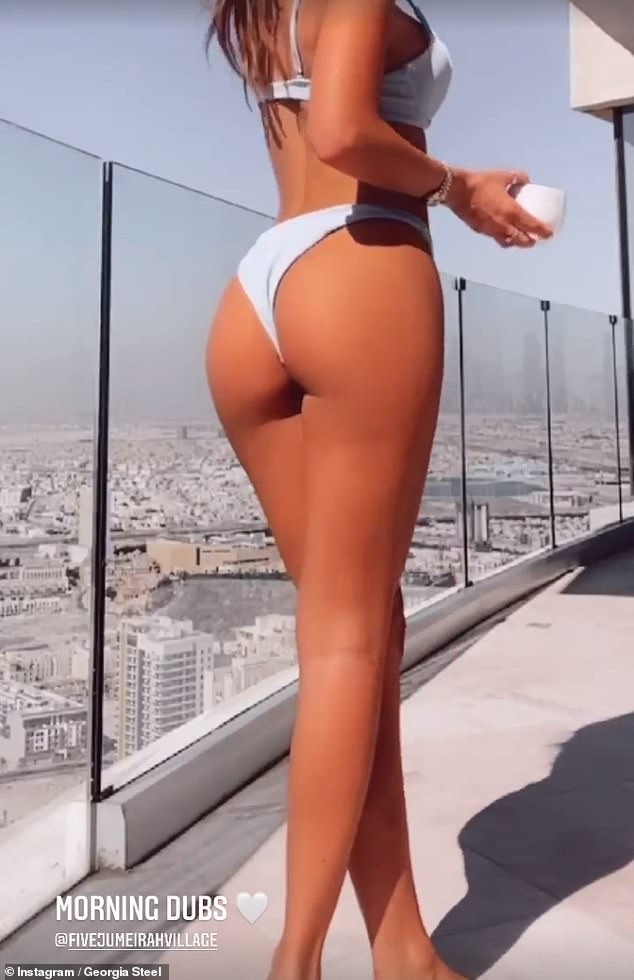 Sexy: The reality star set pulses racing in a sizzling pale blue bikini as she enjoyed a sunbathing session on her hotel terrace 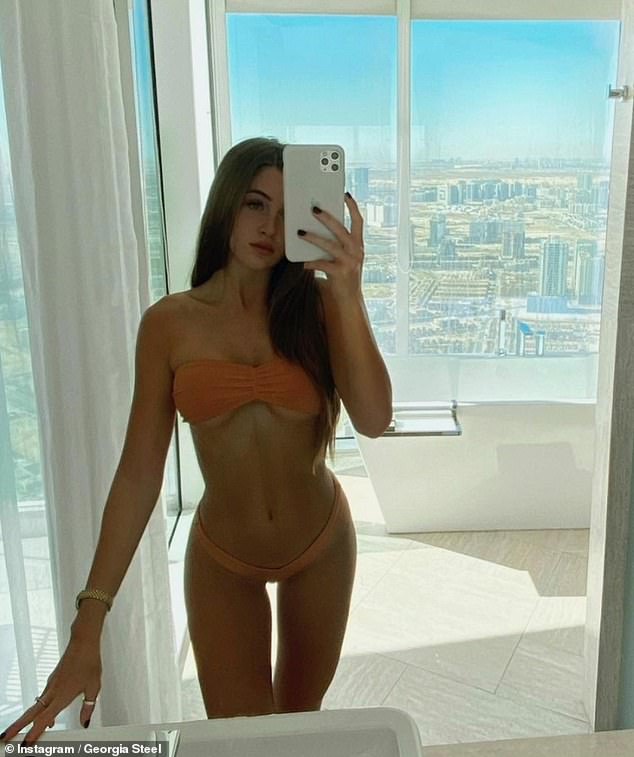 No problems here! Georgia has joined a slew of stars living it up in the city, with many claiming their travel was ‘for work’ to avoid questions on whether they’ve breached restrictions

Georgia has joined a slew of Love Island stars living it up in the luxurious city, with many claiming their travel was ‘for work’ to avoid questions on whether they’ve breached government restrictions.

While they have partied, pandemic news has been rumbling at home as earlier this week, it was revealed that new rules will require international travellers to come back negative after a PCR test before arriving in England will come into force from Friday.

From 4am on January 15, passengers arriving by boat, train or plane – including UK nationals – will have to take a test up to 72 hours before leaving the country.

They will need to present proof of a negative test result – using a PCR test or on some occasions a LAMP or lateral flow test – to their carrier on boarding while the UK Border Force will conduct spot checks on arrivals. 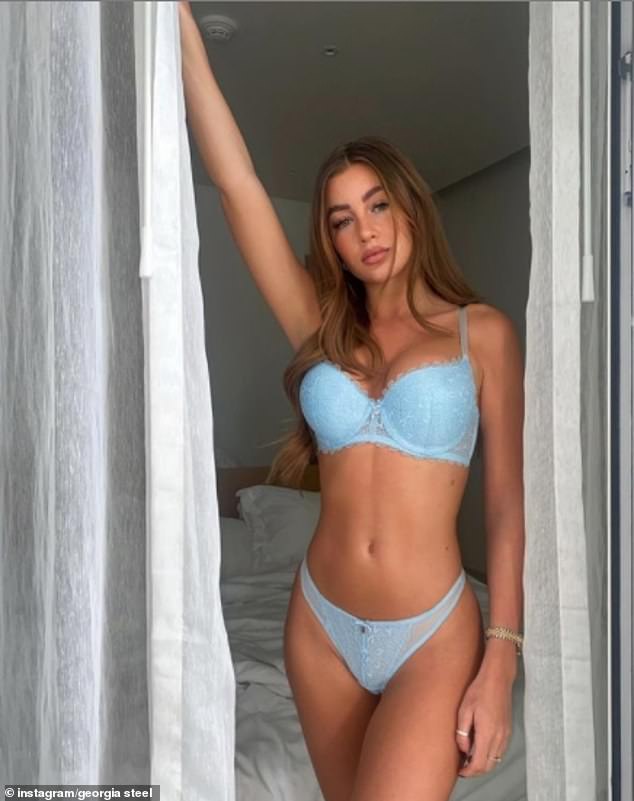 New rules: On Monday it was revealed that travellers returning to the UK from the UAE will have to quarantine following a 52 per cent surge in the number of COVID -19 cases there

New arrivals who flout the rules will face a minimum £500 fine, while the operator who transported them will also be fined.

Passengers will still have to quarantine for 10 days regardless of their test results, transport minister Robert Courts said in a statement.

British nationals attempting to return home who test positive must not travel and must follow the local guidance in their host country, and contact the nearest consulate if they need support.

It comes as travellers returning to the UK from the UAE will have to quarantine following a 52 per cent surge in the number of Covid-19 cases there. 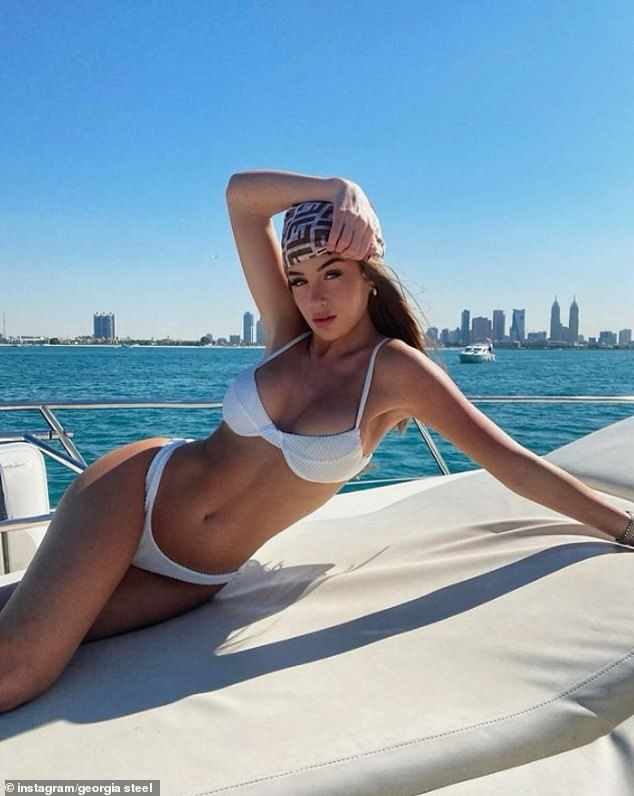 Getaway: Georgia joined a string of reality stars in Dubai as the UK settles into its third national lockdown, with all international travel banned

Transport minister Mr Courts said: ‘If a passenger arrives in England without a pre-departure negative test result they will be fined.

‘We will amend the International Travel Regulations so that fines, starting at £500, can be levied on non-compliant passengers.’

Travellers will have to take an internationally approved test, and Mr Courts said guidance on what was acceptable would be made available to passengers and carriers.

‘We will keep test standards and innovative testing technologies under review,’ he said. 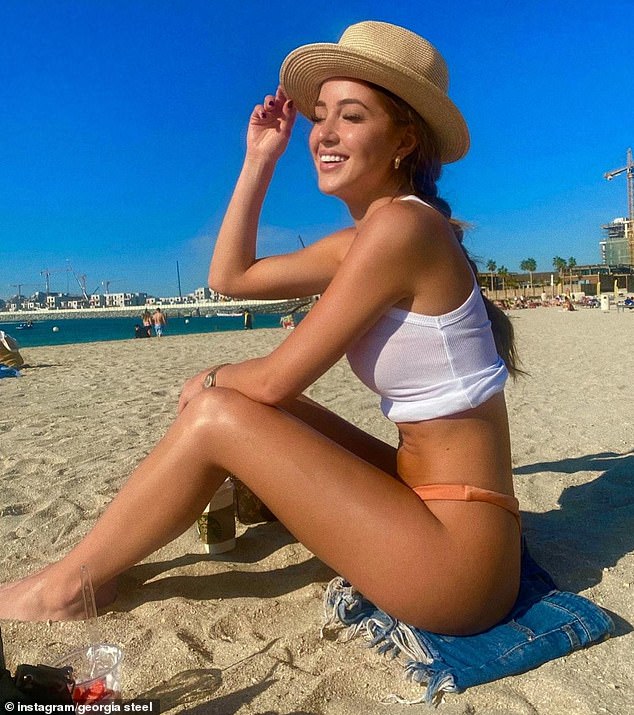 Enjoying the sun: Georgia was also seen looking relaxed in orange bikini bottoms and a rolled-up white vest top as her friend took a candid snap of her at the beach

Winter weather sweeps across the US with multiple storms bringing snow, rain and blizzard conditions

Winter weather sweeps across the US with multiple storms bringing snow, rain and blizzard conditions 0

Florida deputy killed in crash one shift away from retirement 0