The reality TV star – who rose to fame on the ITV2 dating show earlier this year alongside Davide, 27 – took to the catwalk in an incredible orange outfit as she showcased her clothes line with Oh Polly.

Ekin-Su, 28, and her Italian stallion beau have jetted off to New York this week for a series of celebrity fashion events.

The Turkish actress – who hit the big time after her win in the villa – celebrated having her own billboard in NYC this week.

Her new ad with Oh Polly was beamed on big screens in the iconic location as Ekin-Su proudly looked up from the street below.

She went on to showcase the clothing collection at a catwalk event last night, where she was seen donning a tight-fitting orange outfit. 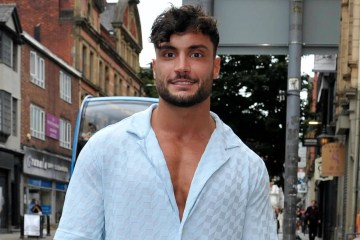 The Love Island winner looked stunning in the orange corset-style top, which featured a cut-out across her chest, which was paired with a matching mini skirt, cut to just under her bum.

She paired the outfit with a pair of strappy white heels, as she pulled her long brunette locks off her face into a ponytail.

Ekin-Su completed her look with a glamorous palette of make-up, as she strutted her stuff down the runway.

Elsewhere, Ekin-Su was seen watching on proudly as models took to the New York runway to showcase the looks she had created.


I don’t want anything to do with my dad he left me, says Jacques O’Neill

She was joined by Davide – who wore a black shirt and matching trousers – at New York Fashion week as they cosied up for photos.

Davide was also seen on his own Times Square billboard, after he confirmed he had signed a six-figure deal with BoohooMan.

The Sun revealed Davide’s big money deal with the fashion brand this month – while Ekin-Su penned the biggest Love Island brand deal in history when she confirmed her £1million deal with Oh Polly.

Just last week it was revealed she’d signed a bumper six-figure deal with the brand, and the collaboration has got off to a great start.

Ekin-Su called the moment a ‘dream’ as she posed for photos in front of her advert at Times Square last night, jumping into Davide’s arms.

The pair have been keeping their fans up to date with what they’ve been up to on social media. 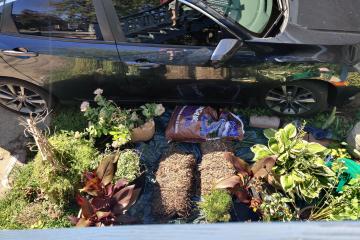 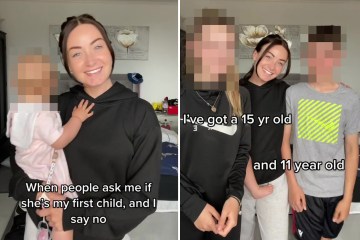 They have visited SUMMIT One Vanderbilt and The Vessel, and taken in the city from a helicopter tour.

Daredevil Ekin-Su hung out of the copter and joked she was tempted to jump, while Davide filmed the stunning views of the Empire State building and captioned one post: “Just like the movies.”