Lottie Moss passionately kisses BFF Sahara Ray as they play around with Instagram's 'what kind of lesbian are you?' filter during ling


Lottie Moss passionately kisses BFF Sahara Ray as they play around with Instagram’s ‘what kind of lesbian are you?’ filter during lingerie shoot in LA

She has recently returned to her home in Los Angeles after a work trip to Mexico.

And Lottie Moss appeared in a playful mood on Thursday as she messed around with Instagram filters with her BFF Sahara Ray.

The pair passionately locked lips after using the filter: ‘What kind of lesbian are you?’, with Lottie, 23, annoyed that it had flashed back ‘trader Joe’s lesbian’. 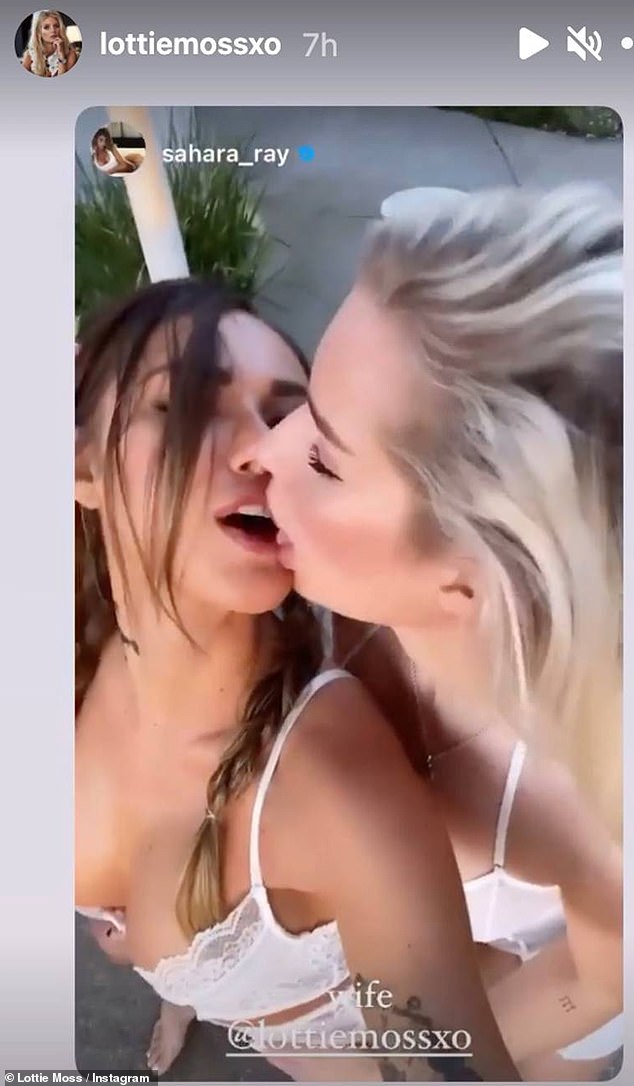 Locking lips: Lottie Moss appeared in a playful mood on Thursday as she kissed BFF Sahara Ray while messing around with Instagram filters

Lottie and Sahara put on a racy display as they playfully kissed while wearing white lingerie.

The pair appeared to be in the midst of a photoshoot, with Lottie later showing off her sheer negligee in the mirror.

The skimpy nightdress highlighted Lottie’s curves due to its plunging neckline and thigh-skimming hemline. 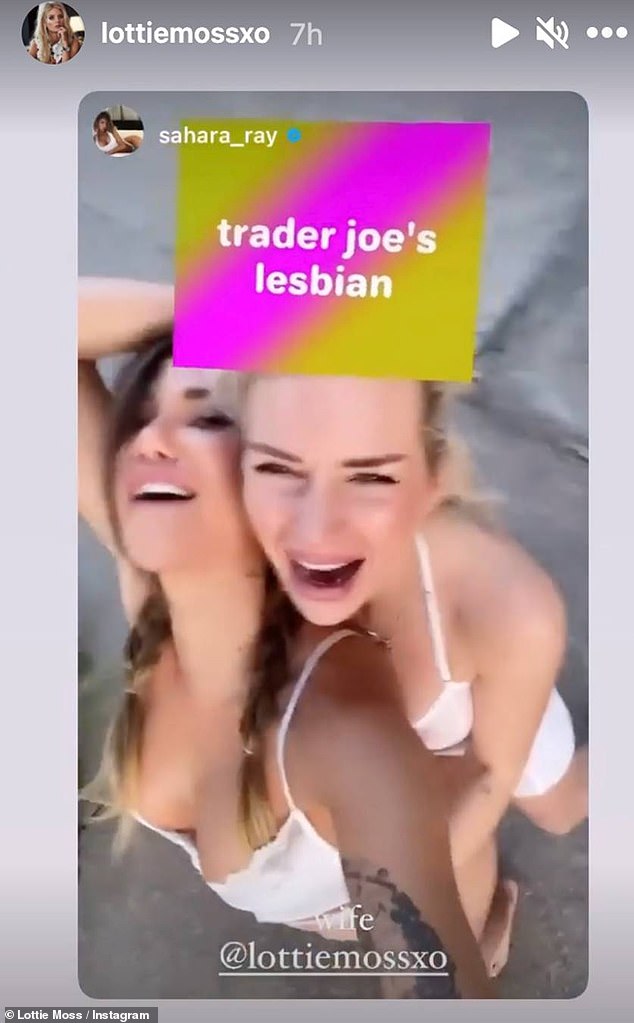 ‘Wife’: The pair locked lips after using the filter: ‘What kind of lesbian are you?’, with Lottie, 23, annoyed that it had flashed back ‘trader Joe’s lesbian’ 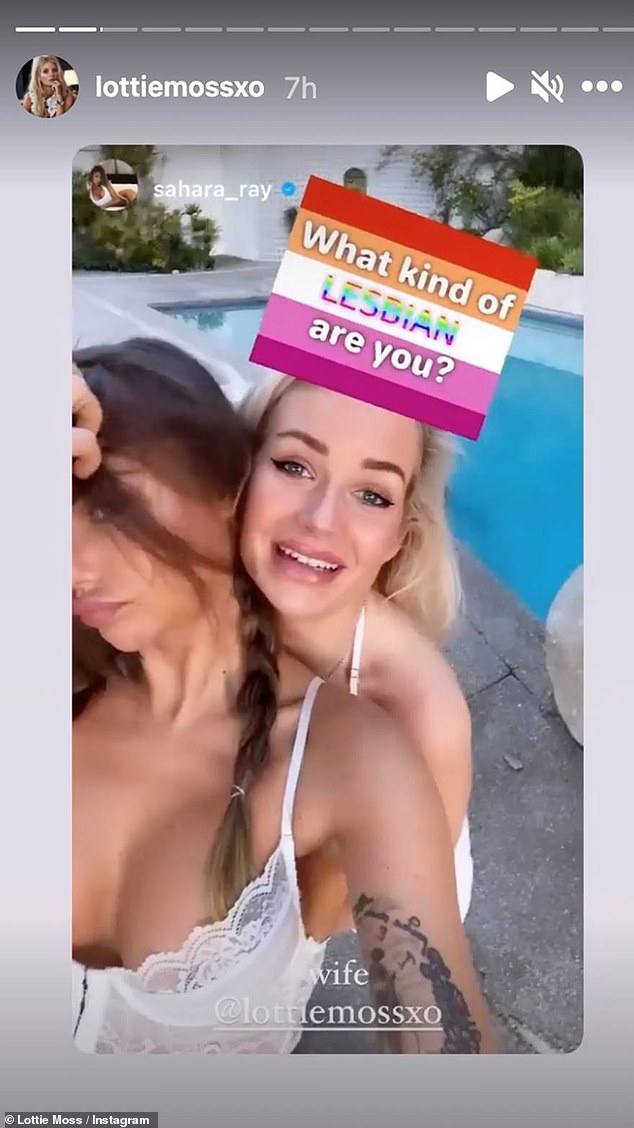 Girls just want to have fun: The pair appeared to be in the midst of a photoshoot by a pool

Lottie has moved back to her home in Beverly Hills full time to work on modelling and various campaigns for brands including PrettyLittleThing.

In January, Lottie avoided the UK’s latest coronavirus lockdown by jetting to Mexico for a work trip.

Despite being abroad for work, Lottie didn’t seem to be stretching herself too much as she lived it up in the sunshine with her friends on the vessel.

Prior to her trip, Lottie apologised for saying she was a ‘coronavirus super-spreader’ in December, calling herself ‘young and dumb’. 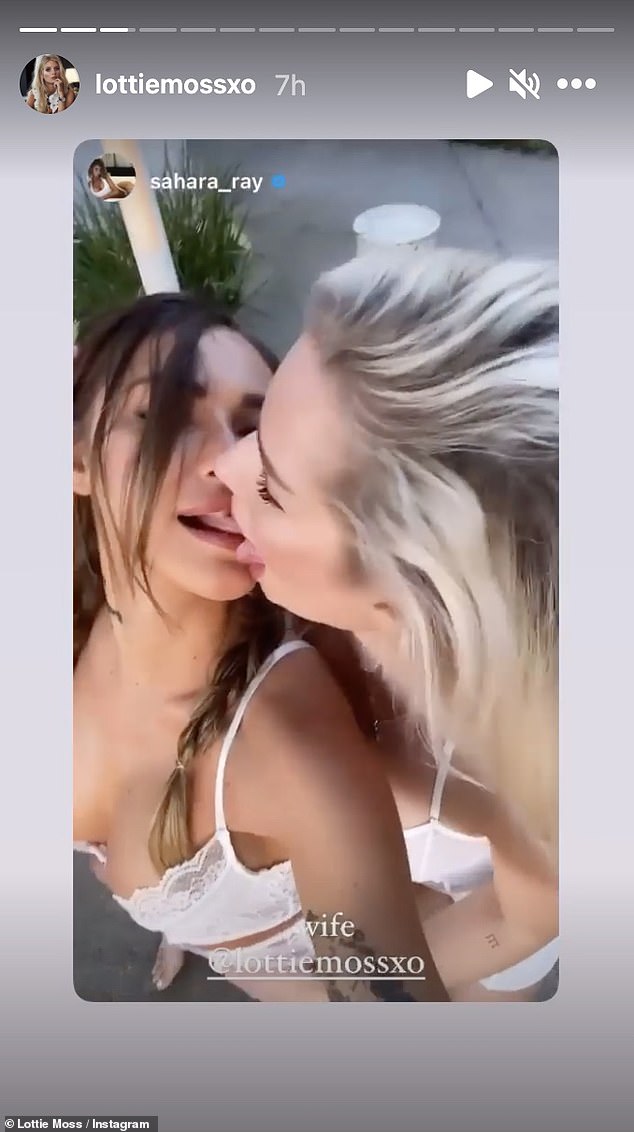 Mwah: Lottie and Sahara put on a racy display as they playfully kissed while wearing white lingerie 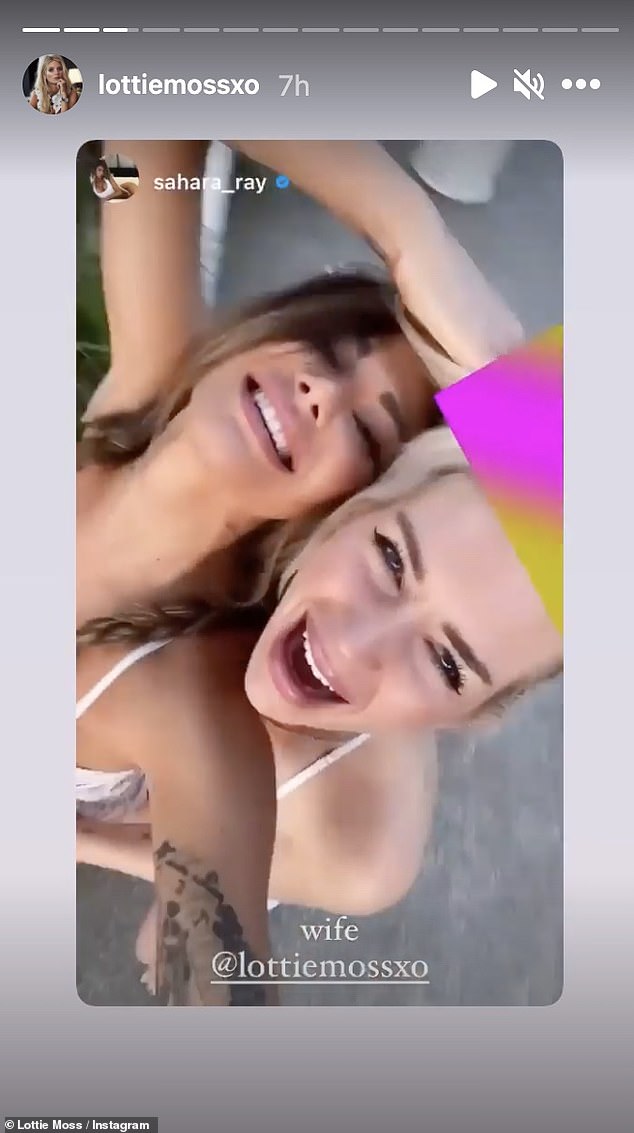 Having a laugh: Lottie and Sahara giggled as they played around with the Instagram filter

She sparked controversy after filming herself kissing two female friends and claiming she was a ‘coronavirus super-spreader’.

Her clip was broadcast during an Instagram Live when London was in Tier 2 and social distancing, as well as wearing masks, was very much a requirement.

The video was filmed while Lottie was out for dinner with four friends who live in the same household, a scenario justified by the model as she lives alone and can therefore join someone else’s support bubble. 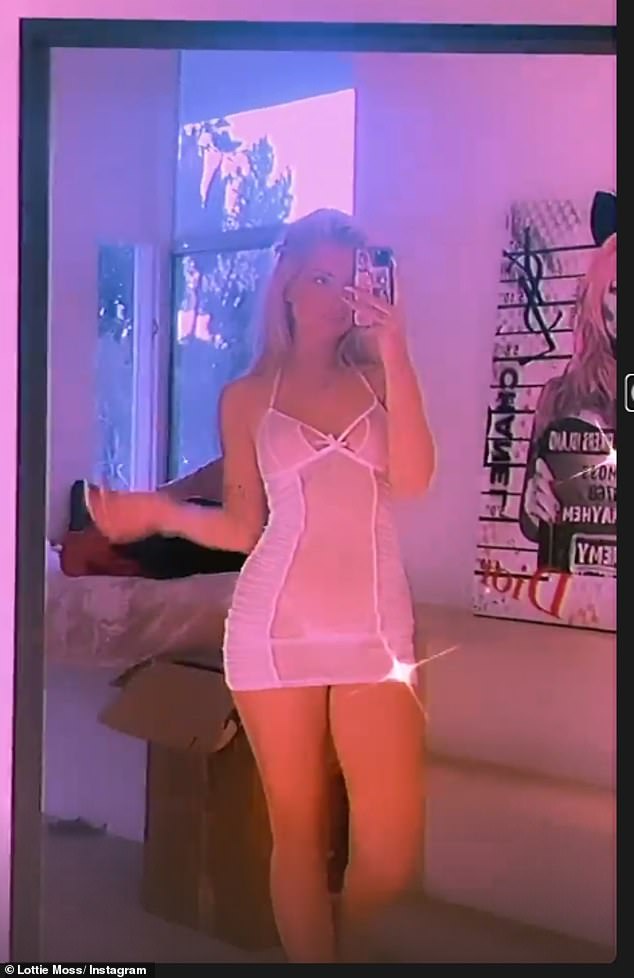 Sizzling display: Lottie later showed off her sheer negligee in the mirror

After reflecting on the comments made during the recording, Lottie later confessed to being ‘young and dumb’ and often forgetting her status as a ‘public figure’.

In an apology posted to Instagram, she said: ‘I just wanted to come on here and say I am so sorry for saying I was a super-spreader.

‘Someone in the live popped up saying those words and I repeated them as a joke because I am not and would never condone spreading a virus as serious as this.

‘I was out for dinner with four friends, three of which are in the same household and under the government guidelines – as I live alone – I am allowed a support bubble of four.

‘I understand this has upset and offended a lot of people and I want to apologise for making such an insensitive joke.

‘I am still young and dumb and learning. I sometimes forget that I am a public figure and during these crazy and uncertain times I should have been more careful with my words.’ 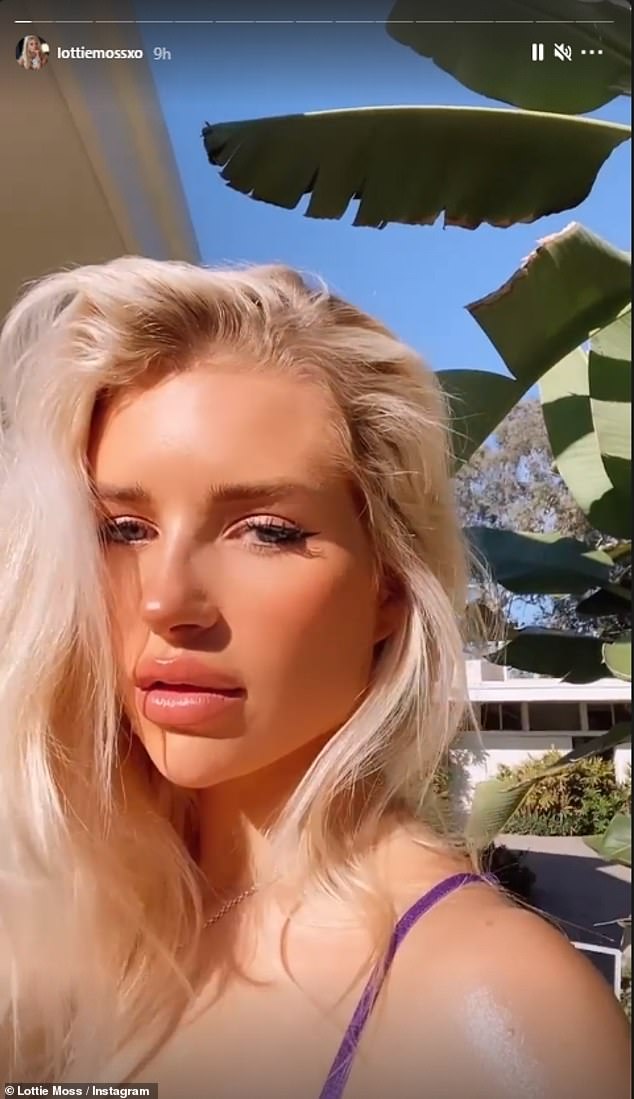 Sunnier climes: The younger sister of Kate Moss has recently returned to her home in Los Angeles after a work trip to Mexico

Allen West: If we are going to celebrate Black History Month, then we must honor all Black stories 0