The Leader of Scottish Labour quit today just months before he was due to lead the party into difficult Holyrood elections.Richard Leonard announce


The Leader of Scottish Labour quit today just months before he was due to lead the party into difficult Holyrood elections.

Richard Leonard announced he was stepping down with immediate effect this afternoon after three years in charge.

The Yorkshire-born leftwinger, who was aligned with Jeremy Corbyn during his time as Labour chief, had already faced calls from allies of successor Sir Keir Starmer to step down.

During his time in charge Scottish Labour has failed to make any headway against the dominant SNP or the Tories in a country where they were once the main political force.

The 59-year-old, who had served as the head of the party since 2017, said his decision to ‘step aside… was not an easy decision, but after three years I feel it is the right one for me and for the party’.

His replacement will be the Scottish party’s eighth leader in the past 14 years.

As his resignation was announced, ally and fellow Labour MSP Neil Findlay tweeted: ‘Looks like those who have led a thee year campaign of briefings to journalists, leaks of private conversations and the constant feeding of stories to the media to bring down a decent and honest man have succeeded.

‘These flinching cowards and sneering traitors make me sick.’ 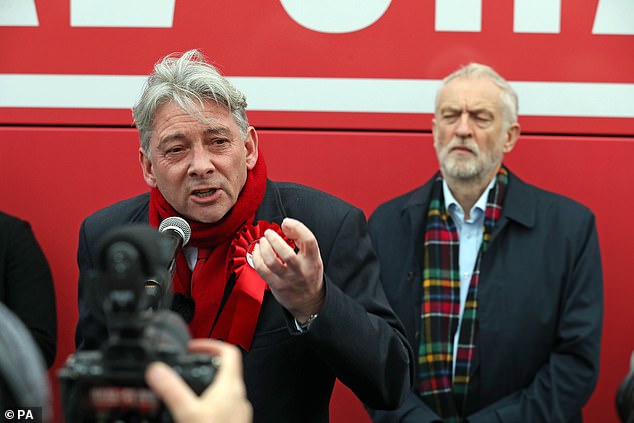 The leftwinger, who was aligned with Jeremy Corbyn during his time as Labour chief, had already faced calls from allies of successor Sir Keir Starmer to step down

Scottish Labour leader who supports England in the football

Richard Leonard was the first English-born leader of the Scottish Labour party.

He was born in Yorkshire in 1962, and educated at a private school in the county.

He then studied at the University of Stirling, before becoming a trade union organiser for the GMB for two decades. His wife is Scottish.

Mr Leonard was elected as MSP for Central Scotland in 2016, and supported Jeremy Corbyn in the leadership election as moderates tried to oust the left-winger. 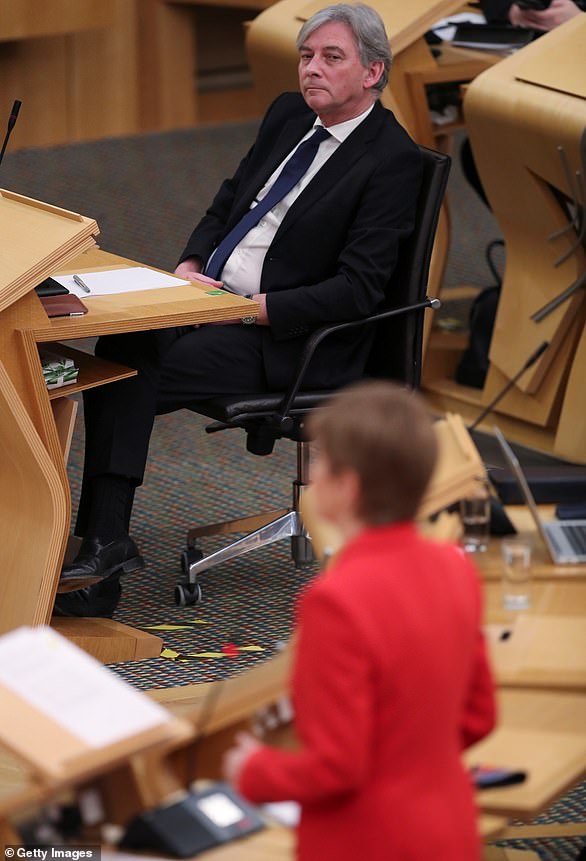 In 2017 he hit the headlines by admitting he supports England when they play Scotland.

In an interview with BBC Radio 5 Live, the former trade union activist was asked whether as the first English-born leader of Scottish Labour which team he supported when they played each other in sports.

After a pause, Mr Leonard replied: ‘Well, if it’s England versus Scotland, I do support England. Every other game I will support either Scotland or England.’

The central Scotland MSP won the leadership that year against moderate MSP Anas Sarwar – who was born in Scotland.

The contest was sparked by the resignation of Kezia Dugdale, who later went to Australia to take part in I’m A Celebrity… on ITV.

Mr Leonard, an MSP for Central Scotland, said he had thought long and hard about his future over Christmas.

‘I have also considered what the speculation about my leadership does to our ability to get Labour’s message across. This has become a distraction,’ he said.

‘I retain my faith in the Labour Party as the party that offers hope to people and that remains the only vehicle for the realisation of that hope.

‘Whilst I step down from the leadership today, the work goes on, and I will play my constructive part as an MSP in winning support for Labour’s vision of a better future in a democratic economy and a socialist society.’

Rachel Reeves, the shadow chancellor of the duchy of Lancaster, the said opinion polls north of the border were ‘pretty dire’ for Labour ahead of the elections.

But Mr Leonard hit back that Ms Reeves was not even a member of the party in Scotland, and insisted the ‘best chance’ was to unite behind him.

Mr Leonard, who was closely aligned with Jeremy Corbyn and took the leadership in 2017, branded them ‘disgruntled’.

But Ms Reeves, shadow chancellor of the Duchy of Lancaster, told Sky News: ‘I think that Richard Leonard needs to think about his position.

‘The opinion polls in Scotland are pretty dire for Labour, we’ve got important elections next year.’

Sir Keir today paid tribute to Mr Leonard, saying: ‘I would like to thank Richard for his service to our party and his unwavering commitment to the values he believes in.

‘Richard has led Scottish Labour through one of the most challenging and difficult periods in our country’s history, including a general election and the pandemic.

‘Even from opposition he has achieved a considerable amount for which he should be very proud. This includes securing a commitment for the creation of a national care service, securing action on a Jobs Guarantee Scheme to deal with youth unemployment, securing a human-rights based public inquiry into the treatment of care home residents during the COVID pandemic and securing support for a Fair Rents Bill to give new rights to tenants.

‘He has done so with dedication to the values of our movement.

‘I wish Richard the very best for the future as one of our MSPs and know that he will continue to play an important role in Scottish Labour.’

Scottish Conservative MSP Ruth Davidson tweeted: ‘When I stepped down in August 2019, I discovered that political resignations are odd things, like reading obituaries when you are still alive.

‘Whatever else is written about Richard, I have to say I always found him a thoroughly decent man and a committed campaigner.’ 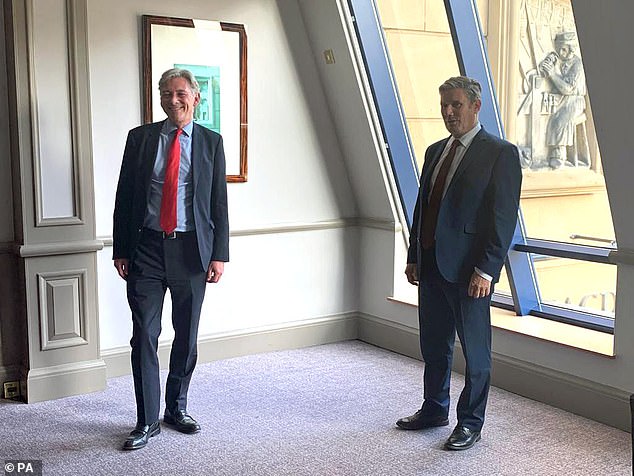 Scottish Liberal Democrats leader Willie Rennie said: ‘Richard Leonard is a good man who cares deeply about his politics and his party.

‘There is no better evidence of that than his decision to step down from the top job.’

NYT journalists hated that Donald Trump didn't give them the respect they were used to, book claims 0

Vitamin B12 deficiency: Three physical changes to your appearance that others may notice 0

Netflix down: Viewers 'can't watch' as error code leaves them without access to videos 0