KIM Kardashian is being praised by fans for posting real, unfiltered photos after being called out by fans for photoshopping yet again. The real

KIM Kardashian is being praised by fans for posting real, unfiltered photos after being called out by fans for photoshopping yet again.

The reality star gave a rare glimpse at her REAL skin in a makeup-free photo posted to her SKKN account.

On Saturday, the fashion and beauty mogul’s newest business venture – a skincare company – shared a photo of the star soaking up the sun on her face.

She appeared to have a hand up near her forehead, shielding her eyes from the rays, and had no makeup on her face.

Blemishes and discoloration could be seen on her chin.

Her typically styled bleach blond hair was tied back in a simple style. 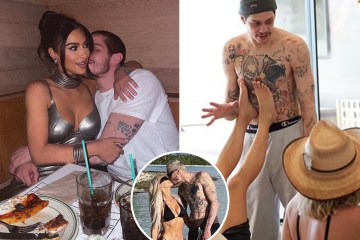 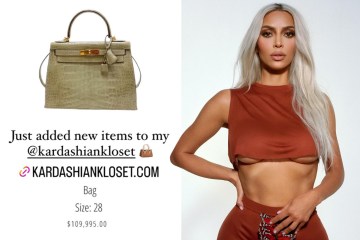 The post features text that reads: “ON THE GO GLOW” and promises to provide “Kim’s secret to radiant skin in seconds.”

The subsequent posts featured step-by-step instructions on how to get skin like the reality star using products from her range.

The photos come after Kim was slammed for photoshopping photos of herself yet again.

Fans accused the Keeping Up With the Kardashians alum of digitally altering bikini photos.


I was desperate to leave Love Island & bosses convinced me to stay, says Jacques

the only way is exit


Chloe Sims QUITS Towie after 11 years on the show

In the snap, Kim and Khloe posed side-by-side in black bikinis while standing in water that reached their thighs.

Fans flocked to the comments, accusing Kim of having “photoshopped herself into oblivion” in the pics.

One critic claimed: “Did they photoshop a gap between Kim’s thighs?”

A fourth person chimed in: “Wow, it looks like she made her head wider and it split her hair. Lots of laughs..”

A commentator wrote: “What the hell is going on with Kim’s middle part?”

Days later she was praised over unedited photos of herself and her kids on the beach, however.

The star strolled on the sandy shoreline and played with her children wearing tiny bikini bottoms and a crop top during a beach day.

She was spotted playing with son Saint in the sand, digging holes.

Kim looked calm as she got down in the sand with the tot and build shapes in the sand.

The photos were snapped during the same trip to Turks and Caicos as the bikini pic alongside Khloe, 38.

They were shared as fans of the 41-year-old continue to beg for her old curves back, after she dropped 21 pounds in the last couple of months.

In an online chat room, fans shared a photo of the SKIMS founder standing nude in her bathroom mirror, with thick black bars obscuring her more private parts.

The mirror selfie was just one in a collection of throwback Kim pics where she appeared much curvier than in her more recent pictures.

After seeing the classic Kim, one fan wrote: “Wow. This is the Kim I know and love.”

A second person added: “It’s crazy how much thinner she is these days. I feel like she was super healthy back then and now she is just going [too] crazy with the weight loss.

Kim has been open with fans about her weight loss and hasn’t slowed down despite the concern.

She spoke about the extreme lengths she went to to slim down during the Met Gala. 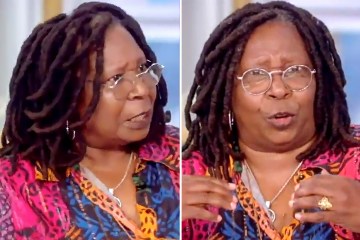 She was recently spotted out and about in New York City, causing fear from fans who said she looked a bit too thin.

Free prescriptions available to 15 different groups of Britons – are you eligible? 0

The scariest thing about Putin is that he’s sane, Zelensky tells Piers Morgan 0