Kady McDermott took to Instagram on Tuesday to share some bikini snaps from her recent trip to the Maldives.

In one close-up snap, she ran her fingers through her curly hair as she showed off her golden glow in the sunshine. 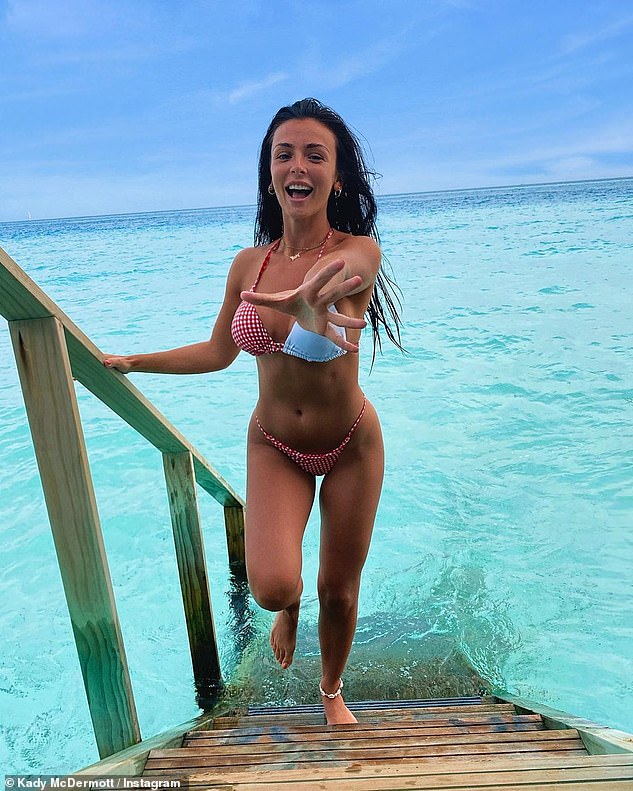 ‘Grabbing 2021 with everything I’ve got’: Kady McDermott poseed in a gingham two-tone string bikini in a throwback Maldives shot posted to Instagram on Tuesday

In the second, Kady could be seen walking out of the crystal clear waters and up some steps as she said: ‘Grabbing 2021 with everything I’ve got.’

A host of Love Islanders including Joanna Chimonides, Eve Gale, Laura Anderson and Samira Mighty took to the comments section to praise her looks.

Kady is now believed to be back at home in the UK following trips to the Maldives with boyfriend Myles Barnett and Dubai. 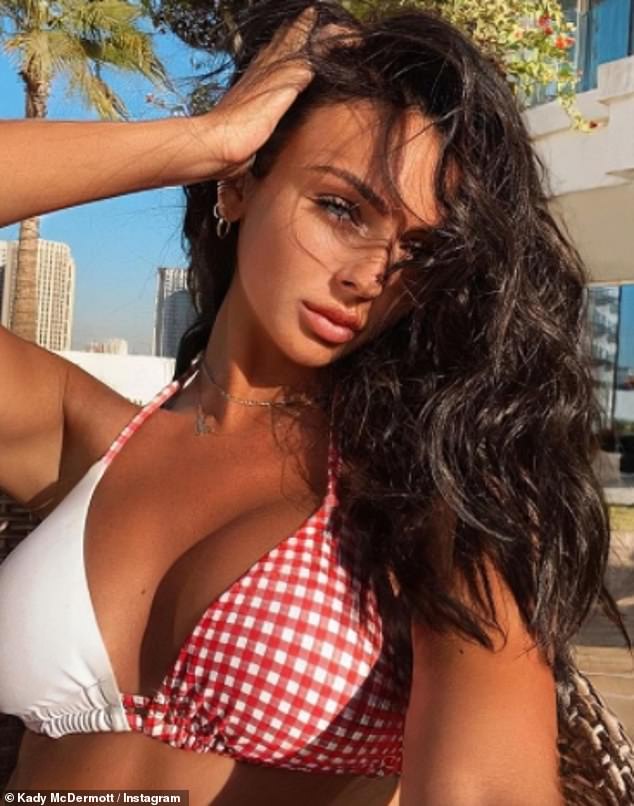 Showing off her tan: In one close-up snap, she ran her fingers through her curly hair as she showed off her golden glow in the sunshine

The reality star has received criticism in the comments section for travelling.

One follower slammed her for being abroad while the majority of the UK were forbidden to travel and stuck in Tier 3 and Tier 4 before the third lockdown was announced.

He remarked: ‘Breaking the rules again – don’t see this as a business trip!’

Kady bit back: ‘Oh so because you don’t see it as a business trip it means it isn’t? Oh ok lol.

‘But if you mush know as you keep sending me DMS too I am here with @trendingtravel.co.uk and had a valid letter for travel from the CEO. Not everyone’s work is based in an office, David!’ [sic]

And her latest post drew further criticism with some perhaps not realising they weren’t taken during lockdown.

Referring to the picture in which Kady’s arm is stretched out, one suggested the caption should be: ‘No don’t take a pic I should be on lockdown with everyone else.’

And another wrote: ‘Well the rest of us are working.’ 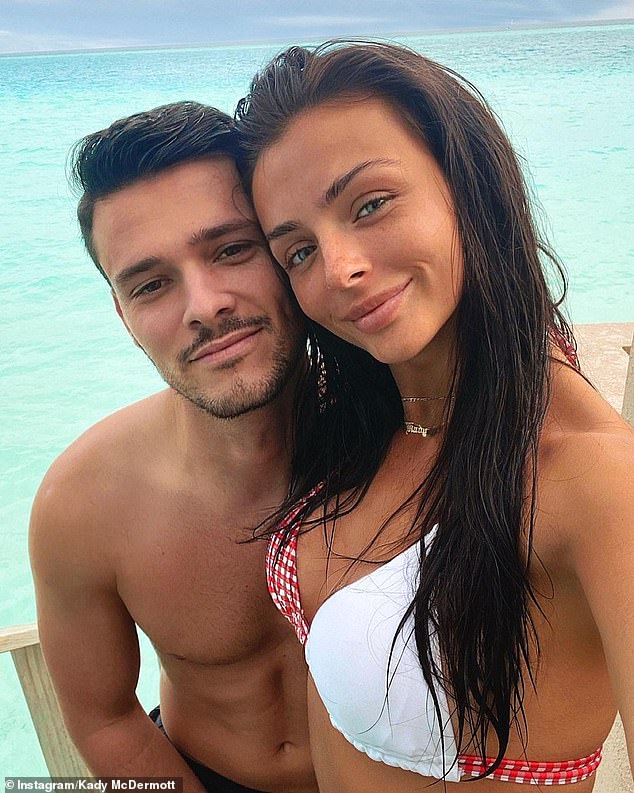 Romantic holiday: The reality star is thought to be back home now but has been travelling with her boyfriend Myles

Hundreds of hams recalled across Australia over dangerous bacterial contamination

Covid vaccine update: The side effects you may experience with each jab – full list

Teen, 15, is found dead after failing to resurface from jumping off a cliff

Hundreds of hams recalled across Australia over dangerous bacterial contamination 0

Covid vaccine update: The side effects you may experience with each jab – full list 0

Teen, 15, is found dead after failing to resurface from jumping off a cliff 0

COVID-19: Dental patients could soon wear HELMETS to suck cough droplets away from their mouths 0