Josh Groban performed in an ‘Indoguration Ceremony’ Sunday to honor President-elect Joe Biden’s German shepherd Major, who’s about to move into the White House after President Donald Trump did not own a pet dog during his four years in office.

The 39-year-old performed the Patti Page classic, (How Much Is) That Doggie in the Window? for the virtual event, the proceeds of which went to the Delaware Humane Association and Pumpkin Pet Insurance. 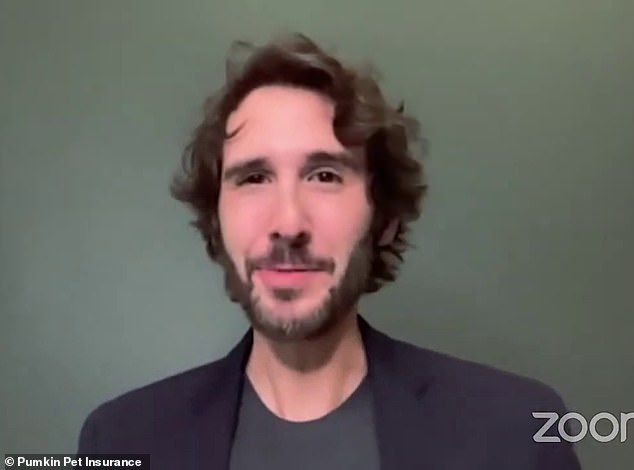 The Los Angeles native last week used Instagram Stories to ask Biden if he could serenade his incoming pet, writing ‘@JoeBiden, please let me sing for this.’

The 99 Years singer previously took to social media on Sunday to promote the performance, writing in an Instagram post, ‘IT CAME TRUE!! I am so happy. The world is a mess, but we can all agree dogs rule.’

The Tony Award-winning artist continued: ‘Let’s celebrate Major’s Indoguration and raise $ for his rescue shelter, Delaware Humane Association …all donations go to Major’s shelter, DHA. Zoom tickets have sold out but you can still watch the show on YouTube (link in my stories!) and donate to DHA using the link in the YouTube video description. See you there!’

The Biden family adopted Major in 2018 from the Delaware Humane Association, joining the family’s German shepherd Champ. Major will be the first shelter dog ever in the White House. 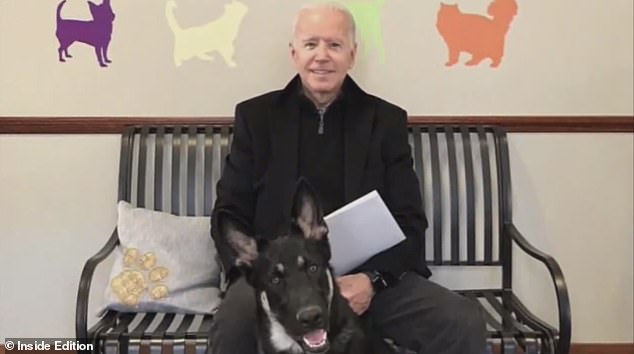 Background: The Biden family adopted Major in 2018 from the Delaware Humane Association 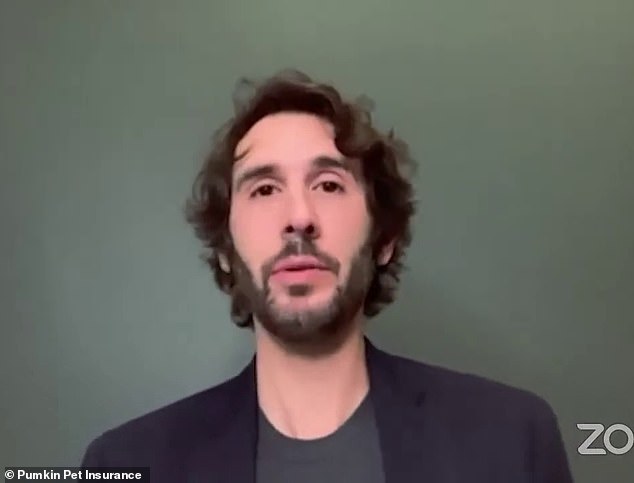 He sang the Patti Page classic, (How Much Is) That Doggie in the Window? for the virtual event 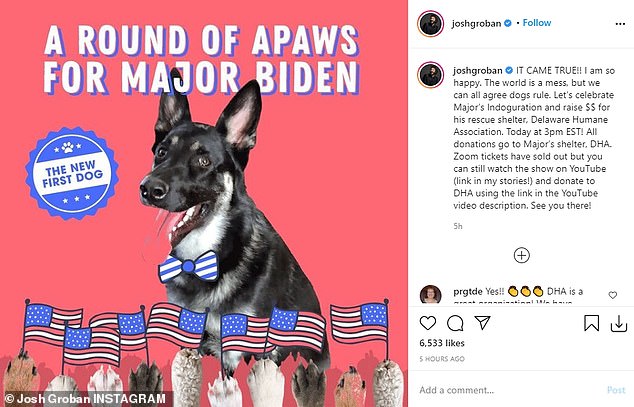 In the Zoom stream, Groban urged his fans, ‘Please rescue animals. There are so many animals out there in desperate need of homes and you will not regret one moment with the animal you brought into your life and your home.

‘Thank you to the Delaware Humane Society, thank you to the Humane Society in general who are doing God’s work for such incredible work to maintain that message and make sure we eliminate as often as we can the cruelty to animals and to make sure animals get the love and attention and homes they deserve all across the country.’

Trump was the first president in more than a century who did not own a dog, as the last commander-in-chief not to have one was President William McKinley.