Psaki won’t say if Biden has confidence in Cuomo amid nursing home controversy, despite past praise
Live updates: Biden arrives at the White House for the first time as president
Biden warns democratic progress is 'under assault' from authoritarian regimes

By By Geoff Earle, Deputy U.S. Political Editor For Dailymail.Com In Wilmington, Delaware

President Joe Biden paid a visit to the orthopedist’s office near his Delaware home to have a foot sprain evaluated.

He made the doctor visit on his first trip away from Washington as president, about ten weeks after his injury was diagnosed. He was found to have hairline fractures in his foot after an injury sustained while playing with his dog Major, a German Shepherd.

According to physician to the president Dr. Kevin O’Connor, it was a ‘regularly scheduled 10 week post-injury weight-bearing X-ray’ visit. 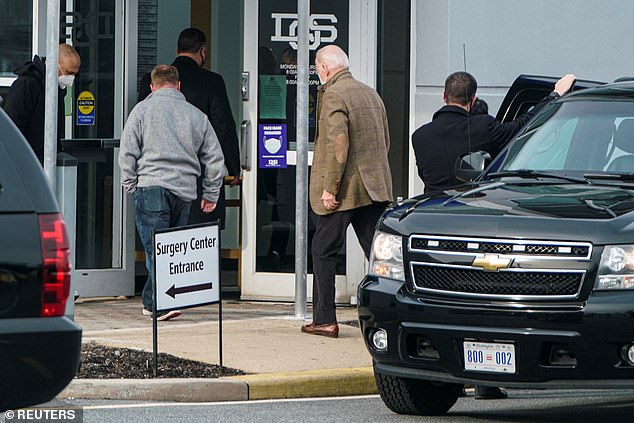 President Joe Biden arrives at the Delaware Orthopaedic Specialists for a check up on his foot injury in Newcastle, Delaware, U.S. February 6, 2021

Biden went to the same Delaware Orthopedic Specialists in Newark, Del., where he went for care during the transition.

According to a statement by O’Connor: ‘The President will receive a regularly scheduled 10-week post-injury weight-bearing X-ray at the Delaware Orthopedic Specialists, where he was evaluated initially.’

‘The President’s symptoms have improved as expected, and he is adhering to a strict physical therapy regimen. As we explained initially, sprains of the foot can sometimes be a more significant injury than the bony fractures which accompany them. This x-ray is to check to assure that he has achieved good ligamentous stability.’ 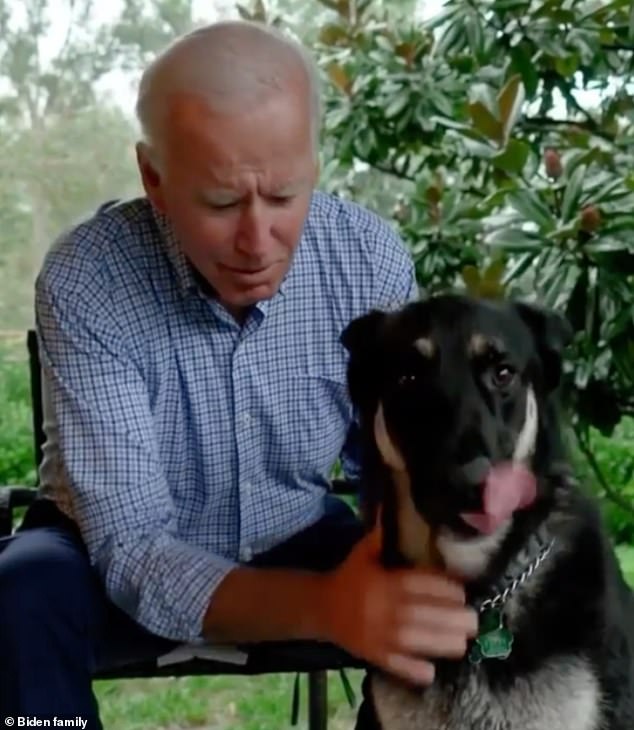 Biden injured his foot while playing with his rescue dog, Major 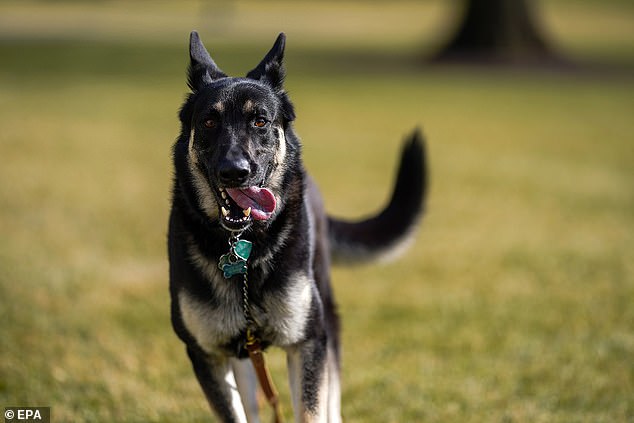 Major is believed to have stayed home for the weekend. He was not spotted aboard Air Force One

Biden injured the foot in late November. He was told at the time he might have to wear a surgical boot for some time, but was soon spotted in ordinary footwear.

Biden has been seen walking and briefly jogging with no apparent signs of injury.

According to a November statement by O’Connor, ‘Initial x-rays did not show any obvious fracture, but his clinical exam warranted more detailed imaging. Follow-up CT scan confirmed hairline (small) fractures of President-elect Biden’s lateral and intermediate cuneiform bones, which are in the mid-foot. It is anticipated that he will likely require a walking boot for several weeks.” 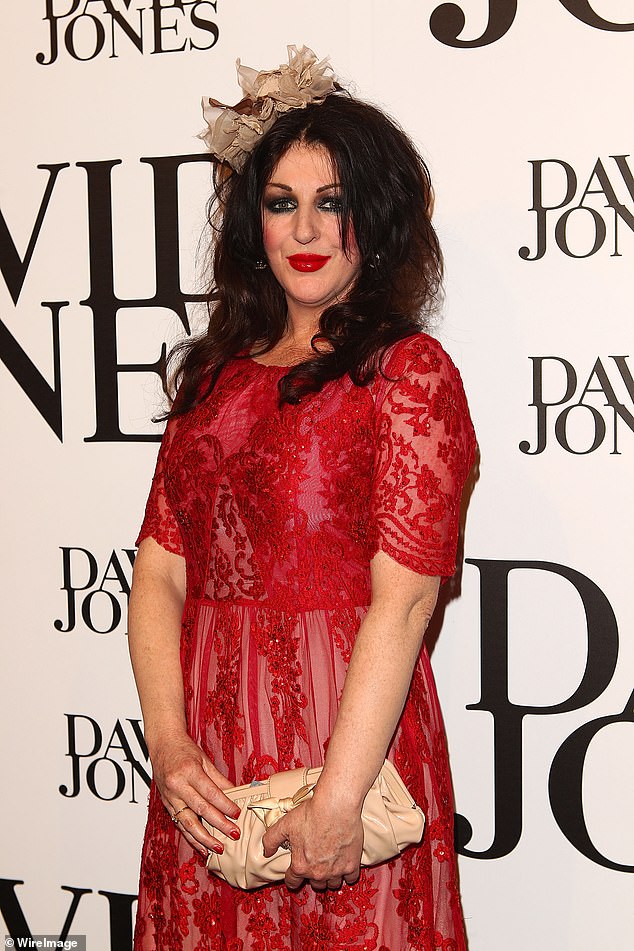