Acting Prime Minister Michael McCormack had a point describing the unemployed as ‘lounge lizards’ with job vacancies soaring by 23 per cent in just three months to record-high levels.

The Nationals leader, who is running Australia for a week, was panned on Tuesday when he stood by his polarising remarks about the jobless, despite the economy only recently emerging from the Covid recession.

‘I say to those people, who have perhaps done reasonably well off JobSeeker – given the fact they might have been earning more than what they could have ever have dreamt of – it’s time to turn Stan and Netflix off and come out to regions,’ the former newspaper editor told Nine’s Today show.

‘You can have a better life. You don’t actually have to stick in congested traffic in the capital cities. You can get out to regional Australia.’ 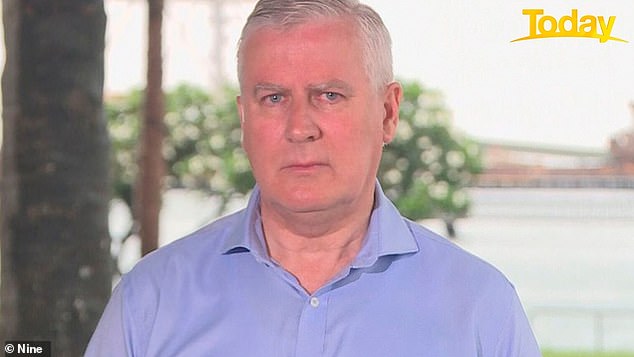 Mr McCormack’s point about more employment being available is valid with new Australian Bureau of Statistics data, released on Wednesday, showing a 23.4 per cent surge in national job vacancies during the November quarter alone.

November quarter: up 23.4 per cent

Private sector jobs in three months: up 24 per cent

Food and accommodation: up 65.9 per cent

In just three months, 48,000 more jobs became available, following a 77,000 rise in the August quarter as Covid restrictions were lifted and Australia was no longer in recession.

Private sector job vacancies soared by 24 per cent during the three months to November 30 compared with 17 per cent in the public sector.

Available jobs in private enterprise were 13 per cent above February 2020, when the stock market peaked and before the World Health Organisation declared a Covid pandemic.

In November, a record 254,400 jobs were available across Australia, a level that was 12.1 per cent higher than the 227,000 positions advertised in November 2019 before the first case of Covid came to Australia.

When it came to specific industries, a surge in the iron ore price saw mining jobs soar by 12.5 per cent in the November quarter, jumping to 6,300 from 5,600. 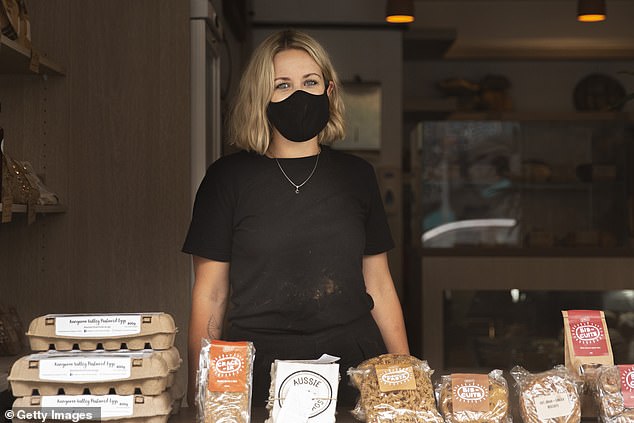 Mr McCormack’s point about more employment being available is valid with new Australian Bureau of Statistics data, released on Wednesday, showing a 23.4 per cent surge in national job vacancies during the November quarter alone. Food and accommodation job vacancies surged 65.9 per cent. Pictured is a Sydney cafe worker in early January

Most of those six-figure salary jobs are in regional areas, covering the iron ore-rich Pilbara in Western Australia and coal dependent New South Wales Hunter Valley.

The previously embattled food and accommodation sector saw its advertised job number surge by 65.9 per cent to 22,400 from 13,500. 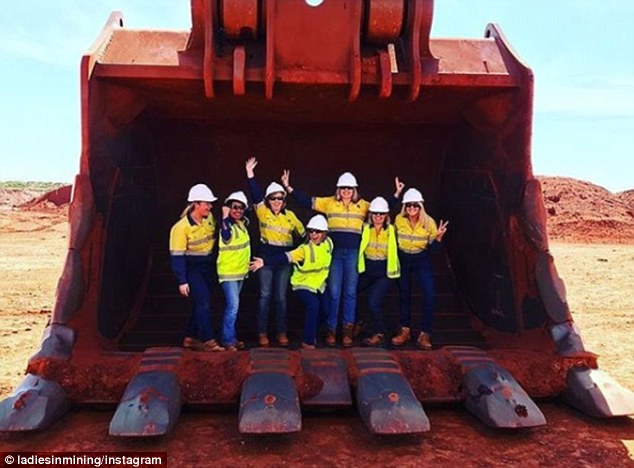 When it came to specific industries, a surge in the iron ore price saw mining jobs surge by 12.5 per cent in the November quarter, jumping to 6,300 from 5,600. Pictured are Pilbara iron ore miners

House prices in most of regional area last year rose, with record high prices in 39 out of Australia’s 88 statistical regions, CoreLogic data showed, as more people left Sydney and Melbourne to live in the country.

Since the New Year, JobSeeker recipients have had their fortnightly coronavirus supplement reduced to $150 from $250.

From April 27 and September 24, the federal government effectively doubled the dole with a $550 boost to the usual dole payment of $565.70 a fortnight.

Australia’s unemployment rate dropped to 6.8 per cent in November from seven per cent.

GOP sours on Trump, but many cling to election hoax 0

Norway ‘cannot rule out’ COVID-19 vaccine side effects were behind 23 deaths in 'frail, elderly' patients 0

'What the hell is wrong with them?': Biden rips Republicans for refusing to don masks during siege 0