They've kept their low-key friendship out of the spotlight for years.But Jennifer Aniston changed that this week when she shared a never-before-see


They’ve kept their low-key friendship out of the spotlight for years.

But Jennifer Aniston changed that this week when she shared a never-before-seen selfie featuring her pal Selena Gomez, 28.

The 51-year-old Friends star posted the photo, which was taken with their manager Aleen Keshishian, to her Instagram Stories on Wednesday. 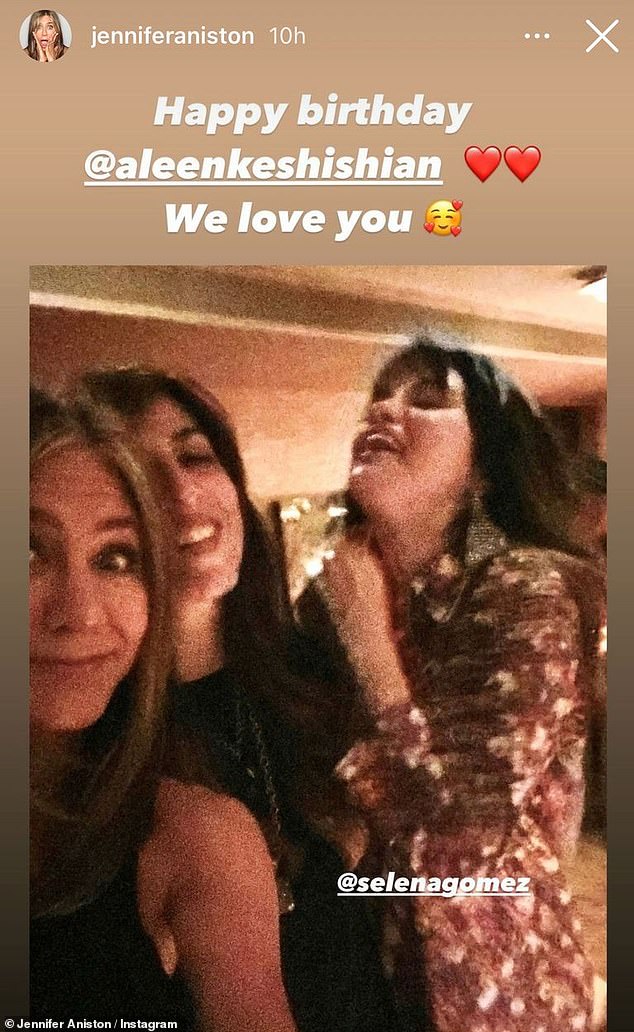 Best buds: Jennifer Aniston, 51, confirmed her friendship with Selena Gomez, 28, on Wednesday when she shared a never-before-seen selfie of the two on Instagram

She was celebrating Keshishian’s 53rd birthday, though it wasn’t clear if the photo was taken recently or at a past birthday bash.

Selena, who appears to be wearing a sparkling sequined dress and dangling silver earrings in the photo, can be seen throwing her head back for a big laugh.

Jennifer has on a sleeveless black top and shows off a playful soft smile while Keshishian is sandwiched between the two women.

‘Happy birthday @aleenkesishian. We love you,’ she captioned the picture, while also tagging Selena. 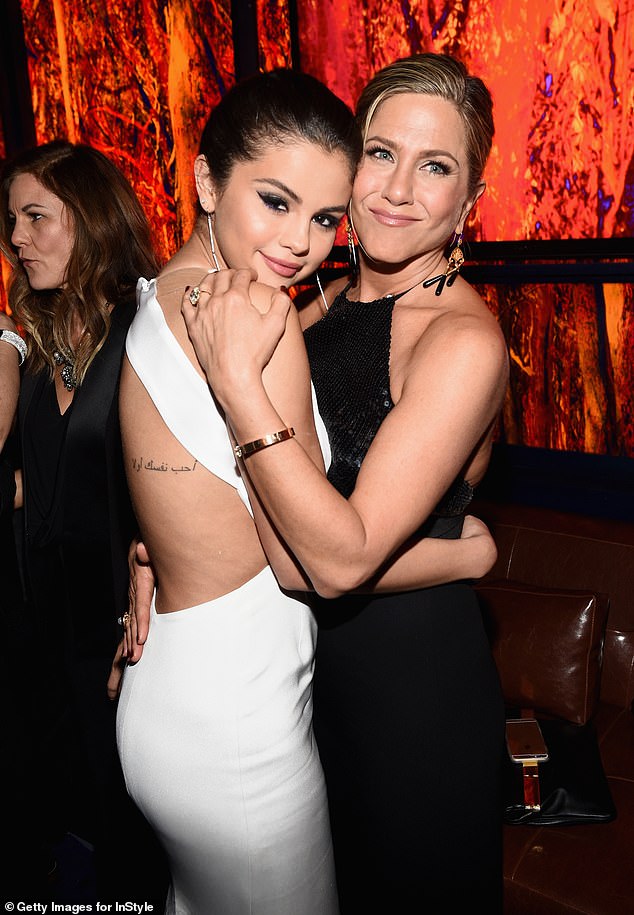 Old friends: The pals were celebrating their manager Aleen Keshishian’s birthday, and Selena later reposted the photo to her Instagram; pictured together in 2015 in Beverly Hills

The Spring Breakers star later reposted the photo to her own Insta Stories.

Selena and Jennifer gave their fans a glimpse into their friendship back in January 2020, when the Morning Show star filled in as the host of The Ellen DeGeneres Show while Selena was a guest.

Jennifer gushed about her younger friend during a portion of the interview.

‘You’ve always been so sweet,’ she said. ‘You really are a genuine [Friends] fan. It’s amazing. We’ve known each other for years. You’ve been to my house. We’ve had pizza. Girl after my own heart, do we love a pizza or what? We love a pizza.’ 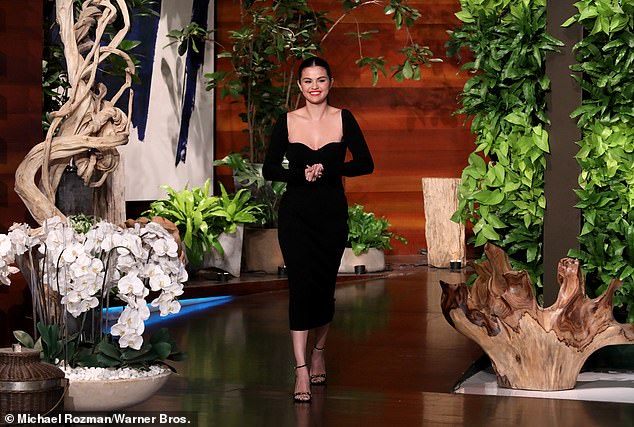 In the open: Selena and Jennifer gave their fans a glimpse into their friendship back in January 2020, when the Morning Show star filled in on The Ellen DeGeneres Show while Selena was a guest 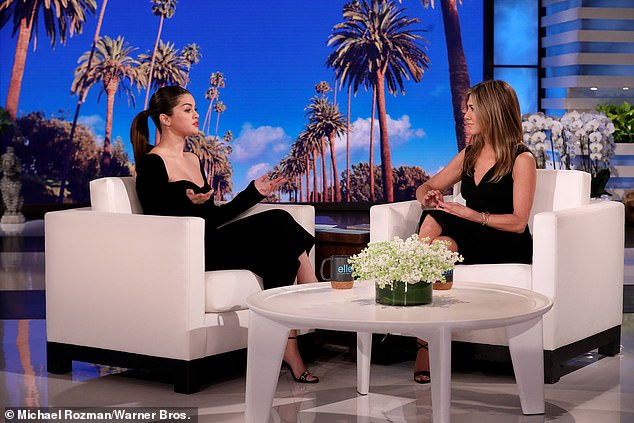 It was fate: Selena revealed that she first met Jennifer in a bathroom at a Vanity Fair event. ‘You were just like so nice,’ she gushed; still from The Ellen DeGeneres Show

The duo explained on television that they first got acquainted during a bathroom run-in at a Vanity Fair event.

‘Well, nobody knew who I was,’ Selena recalled, ‘and you were in the bathroom, wearing a black dress.’

‘And I think we were at Vanity Fair something event, and I was there with my mom, and I walked into the bathroom and I saw you, and you were just like so nice,’ the singer continued. 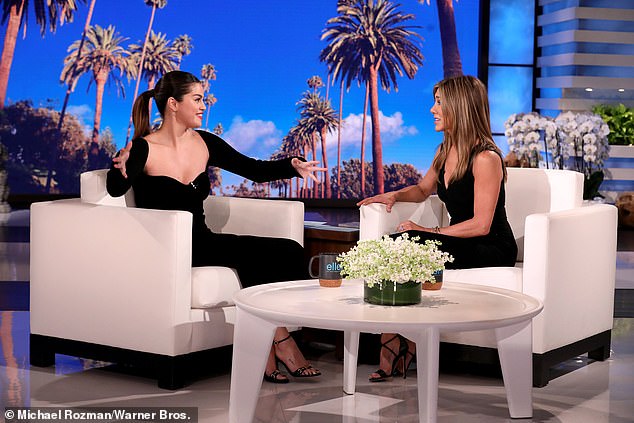 Big fan: Jennifer confirmed that Selena was a huge Friends fan and that they were both connoisseurs of pizza; still from The Ellen DeGeneres Show

The Horrible Bosses actress didn’t seem to remember the brief meeting as well as her friend.

‘Did I say hello? Did we have a pleasantry? [I was] washing my hands, I hope,’ she joked.

‘Yeah, you were fine. You were everything that I wanted,’ Selena replied sweetly.

The pals also chatted about Selena’s then-new album Rare, as well as her single Lose You To Love Me, which was inspired by her break-up with fellow singer Justin Bieber. 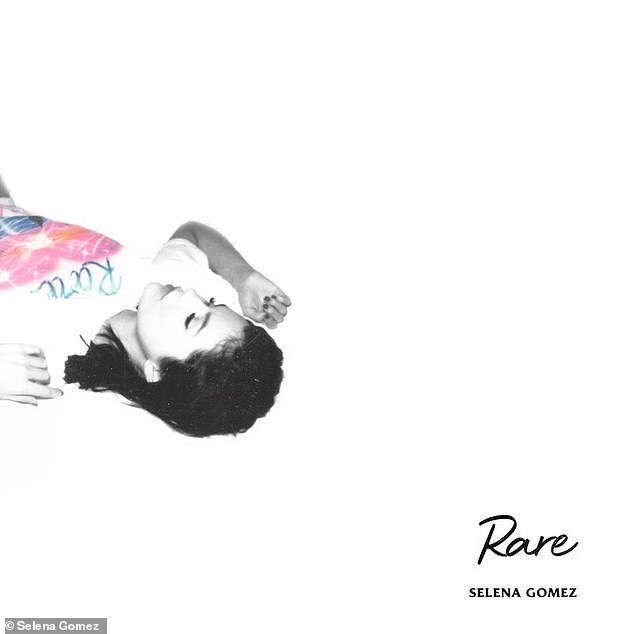 Getting personal: The pals also chatted about Selena’s then-new album Rare, as well as her single Lose You To Love Me, which was inspired by her break-up with fellow singer Justin Bieber

The actress later had a more official introduction via their manager Keshishian.

In 2015, Jennifer raved about her friend to E! News at the premiere of her film Cake, which Selena had helped promote.

‘She’s just like a little cherub that I feel like I wanna take care of. And we’ve just met through our manager. She’s been extremely supportive and wonderful,’ she gushed. 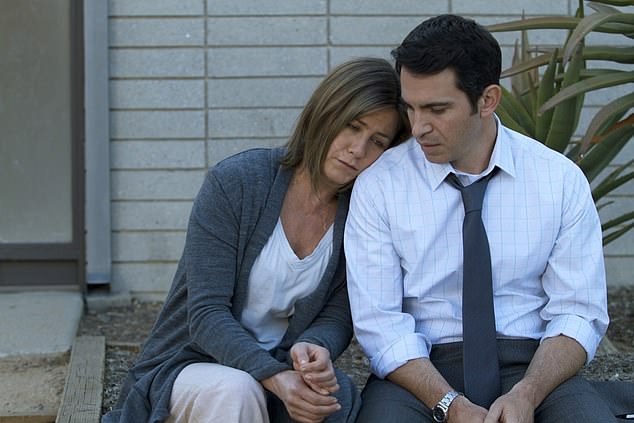 Motherly love: In 2015, Jennifer told E! News that Selena was ‘like a little cherub that I feel like I wanna take care of’ at the premiere of her drama Cake; still from Cake featuring Chris Messina

Manhattan woman, 50, is found dead in blood-filled bathtub as police hunt for her boyfriend  0