Iranian diplomat is jailed for 20 years over Paris bomb plot


An Iranian diplomat who plotted a thwarted bomb attack against a rally in Paris attended by British MPs and Rudy Giuliani was convicted and jailed for 20 years today.

Assasollah Assadi masterminded the plot and supplied explosives to target the 25,000-strong rally held by an exiled Iranian opposition group in 2018, a Belgian court heard.

He was attached to the Iranian mission in Austria at the time, but was later detained in Belgium which rejected his claims of diplomatic immunity.

Three accomplices, dual national Iranian-Belgians, were also given jail terms of between 15 and 18 years and stripped of their Belgian citizenship. 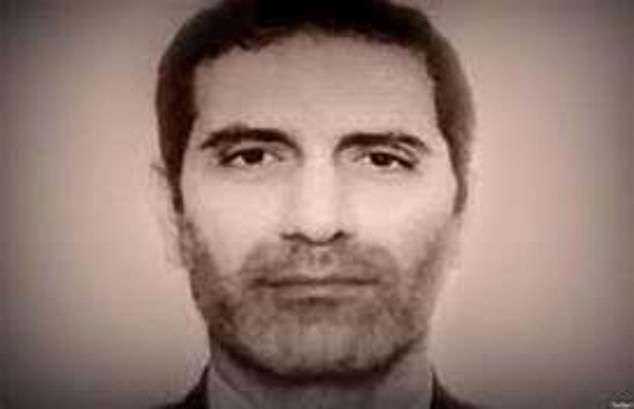 Assasollah Assadi, pictured, was jailed for 20 years today after masterminding a plot to launch a bomb attack against an Iranian opposition conference in France in 2018

Belgian prosecution lawyer Georges-Henri Beauthier said that the attack ‘could have been carnage’ had it not been intercepted in time.

‘The ruling shows two things: A diplomat doesn’t have immunity for criminal acts … and the responsibility of the Iranian state in what could have been carnage,’ he said.

Prosecutors had requested the maximum prison sentence of 20 years on charges of attempted terrorist murder and participation in the activities of a terrorist group.

Assadi refused to testify during his trial last year, invoking his diplomatic status, and did not attend today’s hearing at an Antwerp courthouse.

Belgian police had found 550 grams of explosives and a detonator in a car in June 2018 after being tipped off about a possible attack by intelligence services.

The explosives were found in the luggage of two of the accomplices convicted today, Amir Saadouni and Nasimeh Naami.

According to the investigation, Assadi carried the explosives to Austria on a commercial flight from Iran and later handed the bomb over to the the couple during a meeting at a Pizza Hut restaurant in Luxembourg. 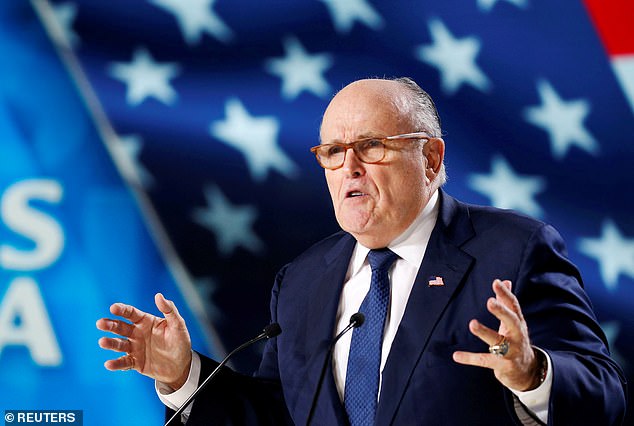 Rudy Giuliani, Donald Trump’s lawyer and the former mayor of New York City, speaks at the same rally in France in 2018

A fourth defendant, Mehrdad Arefani, was sentenced to 17 years in prison.

A Belgian bomb disposal unit said the device was of professional quality and could have caused a large explosion among a crowd of 25,000 people near Paris.

Among dozens of prominent guests at the annual meeting of the MEK opposition group were Trump’s lawyer Giuliani and former US House speaker Newt Gingrich.

Assadi was arrested a day later in Germany and transferred to Belgium, where a court said he was on vacation and therefore not entitled to immunity.

Evidence from Belgian intelligence identified him as an officer of Iran’s intelligence and security ministry who worked under cover at Iran’s embassy in Vienna.

Belgium’s state security officers said he worked for the ministry’s so-called Department 312, the directorate for internal security, which is on the EU’s list of terrorist organisations. 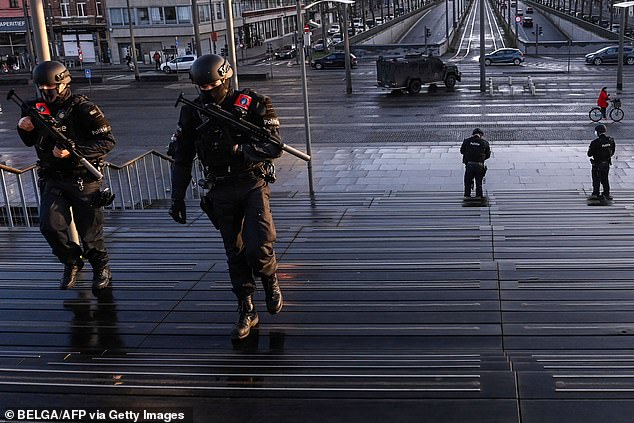 Prosecutors said he was the ‘operational commander’ of the attack and accused him of recruiting the couple to get information about the opposition.

Lawyers for the MEK claimed during the trial, without offering evidence, that the diplomat set up the attack on direct orders from top Iranian authorities.

Tehran has denied having a hand in the plot, but Assadi’s conviction could embarrass Iran as the new US administration weighs up whether to rejoin the 2015 nuclear deal between Iran and world powers.

Iran says it expects Washington to lift economic sanctions that Donald Trump imposed on the country after pulling America out of the deal in 2018.

Top MEK figure Maryam Rajavi said today: ‘For years, the regime’s apologists promoted the illusion that it is only a rogue faction that carries out the terrorist plots.

‘But 2.5 years of investigations has now confirmed that the entire clerical regime has been involved in terrorism.’

The MEK, once an armed organisation with a base in Iraq, is the most structured among exiled Iranian opposition groups and is detested by Iranian authorities.

It was removed from EU and US terrorism lists several years ago after denouncing violence and getting Western politicians to lobby on its behalf.

One of the defence lawyers said he would recommend an appeal, although it was not clear if Assadi would do so.

Ark: Scientists want to store animal sperm and egg samples on the MOON 0

Men who dress like this are more likely to cheat 0