Internet divided after after a car ran into the back of another during merger in Melbourne, VIC


Rear-end collision after a last-minute merger sparks furious debate over one of the trickiest road rules – so who do you think was in the wrong?

Dashcam footage showing a red car being rear-ended after merging and then suddenly turning has divided drivers over who is in the wrong.

A motorist crashed into a small Honda on Boronia Road in the Melbourne suburb Wantirna on January 26 after it merged from the right and then suddenly turned left.

While rear end collisions are usually blamed on the driver that was behind, many social media users said the red car that suddenly braked to turn moments after merging was at fault. 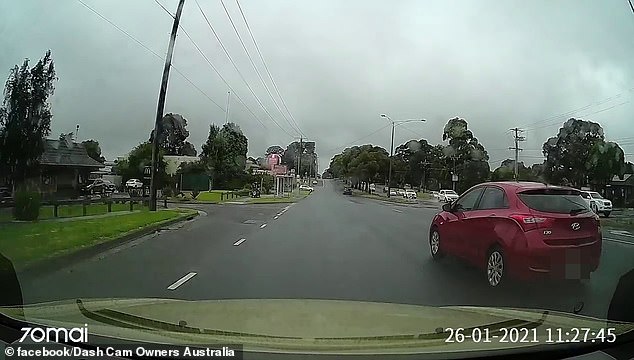 Dashcam footage showing a red car being rear-ended after merging and then suddenly turning has divided internet users. Pictured: The red car merging ahead on Jan 26 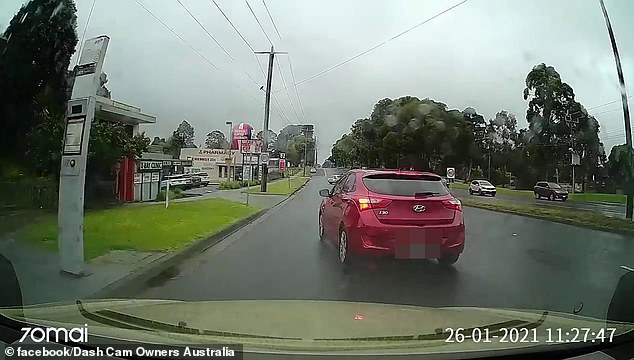 After driving through an intersection, a red Honda passed the dashcam driver and on the right and then merged ahead on the unmarked road.

Once in front and seemingly driving on as the lanes begin to merge, the motorist suddenly braked to turn into a driveway that lead to a parking lot outside a medical centre and pharmacy.

The driver from behind crashed into the small red car as it began to turn.

In Victoria, the rear driver is usually deemed responsible for collisions from behind.

According to insurance company AAMI, ‘the driver who ran into the back of the other vehicle is usually found at fault,’ unless the front car has rolled back. 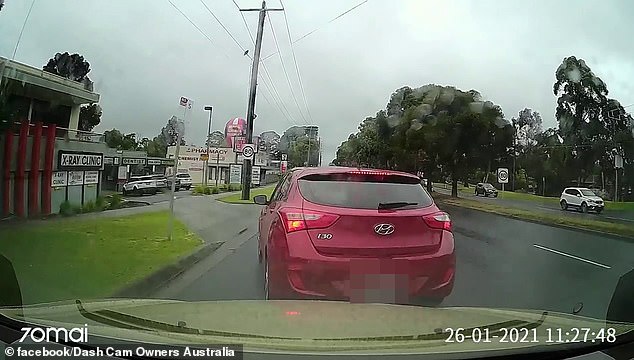 While rear end collisions are usually blamed on the driver that is behind, some social media users said the motorist that suddenly braked was at fault

‘[The] car in front might have slammed on their brakes suddenly, but it can often be argued that with the right amount of space left a driver should have enough time to safely brake,’ AAMI’s website said.

According to Highways Victoria, there was nothing wrong with the merger as every part of the red car was in front of the dashcam driver when it merged and it did not cross over any lines.

But the rules also state that before turning, drivers have to use indicators for long enough to warn others about their intended turn – which the red car arguably did not do.

While some social media users blamed the Honda driver for breaking and turning suddenly, others agreed with the law.

[The] driver of the red car, knowing they were going to turn left immediately after merging is an [a**hole] when they should have simply merged behind,’ one irate commenter remarked. 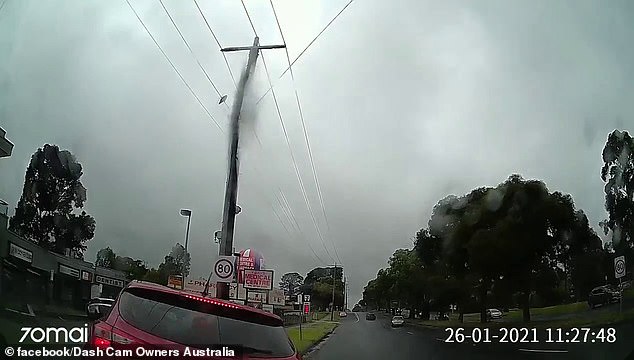 In Victoria, the rear driver is usually deemed responsible for collisions from behind. Pictured: The red Honda after being ran into from behind

WHO WAS IN THE WRONG?

Another agreed, saying the front driver should have missed the turn and gone back.

‘No matter what the circumstances, never hard brake in front of any car. Just asking to be hit,’ they wrote.

However, others believed the dashcam driver should have left some space.

‘I was on team red car. But upon closer inspection the 2 lanes merge into 1. Red car is ahead at that stage so the dc car needed to yield,’ one person said.