A SEX-mad bloke with eight wives has told how costly bills are the only downside of his many marriages. Arthur O Urso, from Brazil, shocked the

A SEX-mad bloke with eight wives has told how costly bills are the only downside of his many marriages.

Arthur O Urso, from Brazil, shocked the world when he tied the knot nine women all in one ceremony last year before one called time on their romance.

He said he wanted to “celebrate free love” and “protest against monogamy” – though the nuptials were not non-legally binding as polygamy is illegal in Brazil.

Arthur – who drew up a sex rota to schedule time with each of his wives – has now revealed the ups and downs of having so many partners.

He told the Daily Star: “The best thing is the sexual freedom and companionship we have together. Our weekends are a lot of fun.

“The worst thing is the bills, but we can handle everything.” 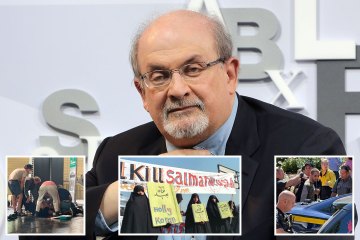 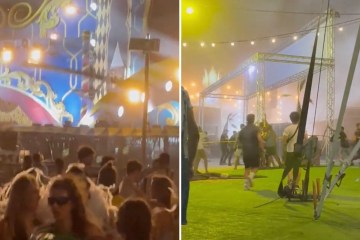 Arthur – who runs an OnlyFans account – also told how older generations frown upon his string of relationships.

He added: “The older generation thinks it’s absurd, but I don’t deal with other people’s opinions.

“Deep down I think they wanted to experience something like that too.”

It comes after Arthur revealed he had introduced a sex schedule to make sure he was making love to each of them fairly.


Love Islander unrecognisable as she goes make-up free for podcast

But it proved tricky for the doting husband who found the set-up to be too structured and stressful.

The model also struggled to focus on just one wife in between the sheets, and often thought of his other partners.

He said: “They all want to fulfill my sexuality at any cost.

“Our sex life is really fun and pleasurable, and initially I tried to have sex by appointment.

“But following a timetable caused a lot of problems and sometimes I felt like I had to have sex because of the schedule, and not for pleasure.

“On other occasions I had sex with one wife while thinking about another.”

The issues in the bedroom soon caused Arthur to give up the sex rota altogether and instead focus on letting things “flow naturally”.

Arthur, who has an OnlyFans account with his wives, previously revealed one of his wives, Agatha, left the marriage.

He said: “She wanted to have me all to herself.

“It didn’t make sense – we have to share. I was very sad about the separation and even more surprised by her excuse.

“She said that she was missing a monogamous relationship.

“My other wives thought her attitude was wrong and that she accepted the marriage for adventure and not for real feelings.”

But his “dream” is to marry two more women – bringing his number of wives up to ten.

He added: “I only have one daughter, but I want to have [a child] with each one of my wives.

“The love I feel for each of them is the same. I think it would be unfair to only have children with one or two of them.”

Meanwhile, his original wife admitted the set-up made her feel uncomfortable, as he had “no time” for her.

Luana Kazaki, 26, bonded with her husband over their love of swinging and the couple tied the knot in the French town, Cap D’Agde – while completely nude.

Although she doesn’t plan on having any other husbands, she now claims to feel “accomplished” with their marriage and finds a “fetish” in their bizarre situation.

He says he wants babies with each of his wives[/caption]

How many Nusr-Et steakhouse restaurants does Salt Bae own?

How many Nusr-Et steakhouse restaurants does Salt Bae own? 0