Hungry Jack’s new strawless lids for soft drinks have divided customers, with some outraged by the change and others supporting the new design.

The new sippy cup style lid was launched in Australia this week after the fast food company phased out plastic straws on environmental grounds.

Instead of pushing a straw through a hole in the lid, the new design incorporates a tab near the rim of the cup that folds back and clicks into place so customers can consume the beverage in a similar way to takeaway coffee cups.

While some loyal customers have applauded the change, others have blasted the fast food giant. 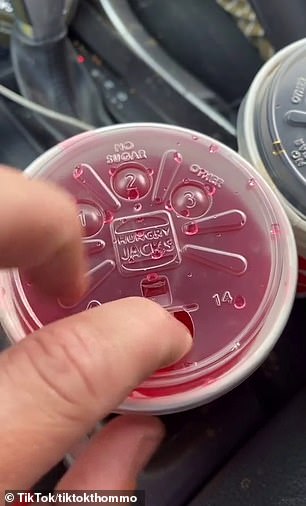 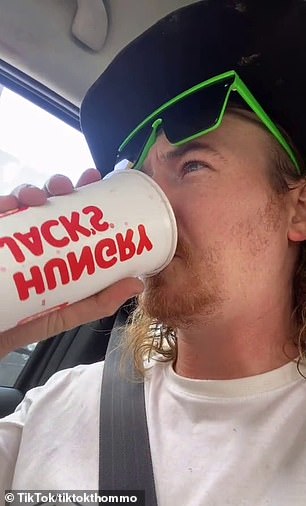 One man expressed his outrage on Tik Tok (pictured right) and said ‘Who the f**k wants to drink fizzy drinks like a f***ing coffee?’

‘Hungry Jack’s, what the f**k,’ one outraged patron said on Tik Tok.

‘Who the f**k wants to drink fizzy drinks like a f***ing coffee? What is the world coming to.’

Social media users largely disagreed with him, with one asking ‘so you’ve never had soft drink from a can?’

Someone else said: ‘It’s not a big deal mate.’ 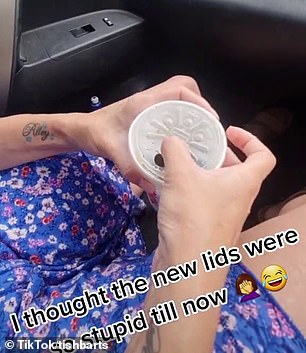 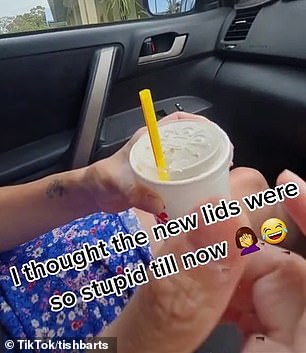 Others have been left confused by the change, with one woman admitting that she had been placing her yellow straw into the hold in the lid (pictured)

Others have been left confused by the change, with one woman admitting that she had been placing her yellow straw into the hole in the lid.

‘I’ve not been understanding these new Hungry Jack’s lids and just doing this,’ she said, showing her yellow straw sticking out of the hole.

‘I’m so stupid,’ she continued.

‘This thing here clips back,’ she said, successfully lifting the cup to her mouth and taking a sip without a straw. 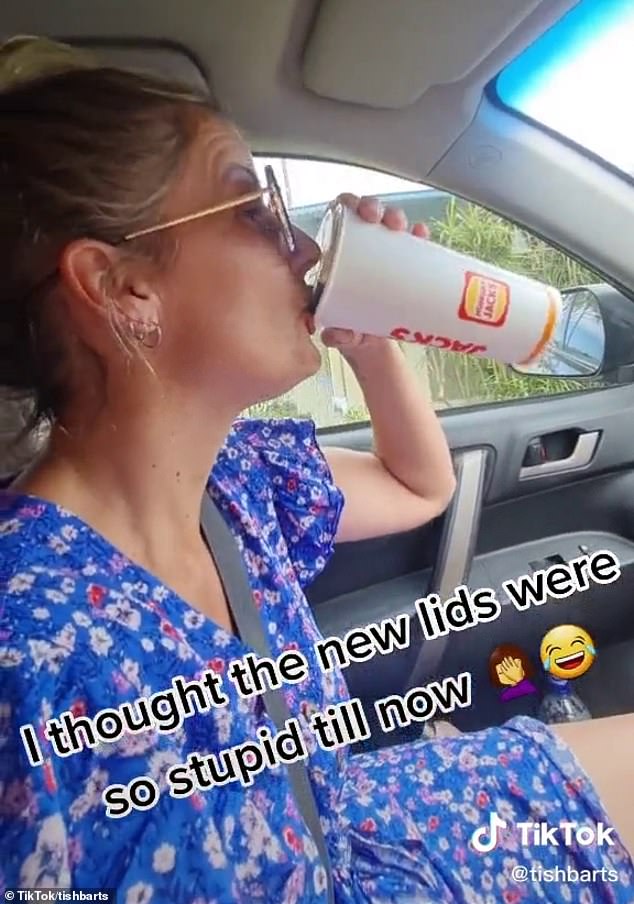 Someone commented: ‘It’s like they figured out we are adults and can drink from cups without straws.’

Another social media user made a video demonstrating the correct way to use the new lid.

One Hungry Jack’s employee said staff were bemused by customers not understanding the new lids.

‘When you work at [Hungry Jack’s] and see people struggle to find the straw hole,’ she wrote.

‘This video actually makes you realise some people have no brains.’

Another said the cups were ‘satisfying to drink out of’.

Google down: Search, Gmail and YouTube offline in devastating outage – here’s the latest

Google down: Search, Gmail and YouTube offline in devastating outage – here’s the latest 0

Man accused of raping and murdering student Libby Squire, 21, says he 'felt sorry for her' 0

Man Utd's amazing XI with Lingard back, Fernandes in the team and three new signings 0